5 Waterfalls Near Vijayawada That Will Take Your Breath Away Instantly In 2022! 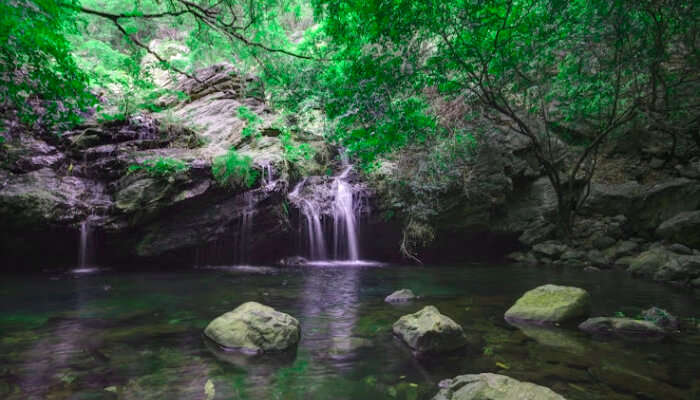 Vijayawada is a very beautiful city located in the south eastern Indian state of Andhra Pradesh. It has earned its fair share of recognition and reputation along the way for its hospitality and of course owing to its amazing attractions that it offers. It houses the very sacred and ornate Kanaka Durga Temple which is set atop a hill graciously overlooking the city. The city is also recognised for the fascinating caves such as the Undavalli Caves which is said to feature decent ancient rock-cut temples where you can witness statues carved out of sandstone. The nearby islands which go by the name Bhavani Island is a great place indeed which is known to be well situated amidst dense forests and waterfront gardens.But that is not all! Many visit the destination to explore the waterfalls near Vijayawada and it’s worth it! 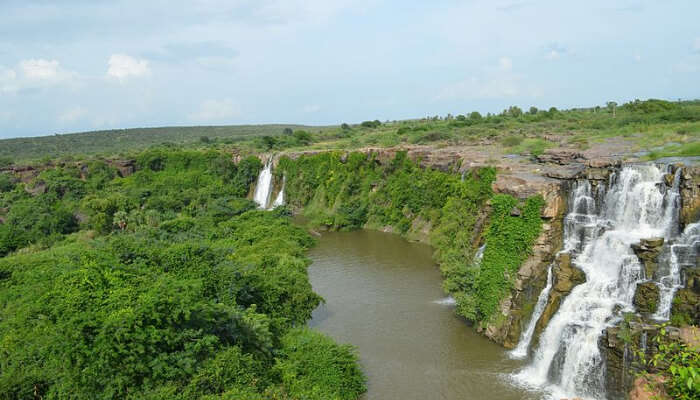 Ethipothala Falls is one of the stunning waterfalls near Vijayawada. It is set at a height of 70 feet and lies on the Chandravanka River. It basically consists of three streams and to name them lets us start with Chandravanka Vagu which is followed by Nakkala Vagu and Tummala Vagu. Visitors can also avail the opportunity to spot the crocodiles in the crocodile breeding centre right in the pond formed by the waterfall.

Besides its charm and beauty, the said falls is also highly recognised for its spiritual significance let alone there is also a very beautiful and sacred temple of Lord Dattatreya with Ek Mukhi and to add some insights, Lord Datta is the main worship god for Lambadi Tribal people in and around the place. The said falls are truly mesmerising when it cascades down a number of steps especially after the monsoons.

Distance from Vijayawada: 174.1 kilometers
Best time to visit: Recommended after the monsoon to witness the falls at its best.

Must Read: 9 Temples In Vijayawada That You Must Visit In 2022 For A Spiritual Sojourn 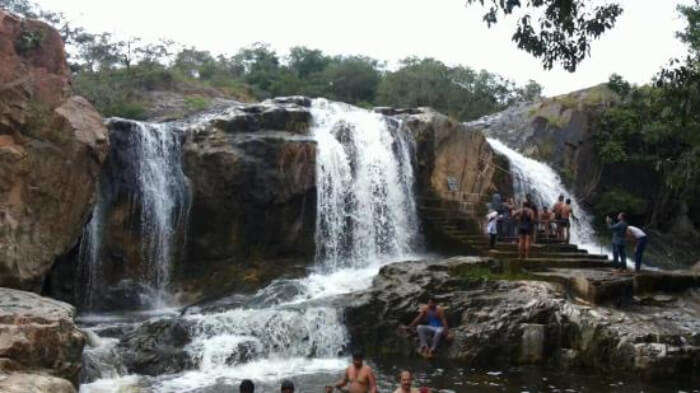 Kaigal Falls is one of the finest and very popular waterfalls near Vijayawada. Being located at a distance of 2.5 kilometers from Kaigal Village on the Palamane r- Kuppam Highway, it has managed to sustain its charm and beauty since ages and it is known to attract the visitors in huge numbers throughout the year. The waterfall is amazing and the water comes in from a big rock which is graciously set at a height of 40 ft disrespect of any given seasons however there is an increase in the number of visitors and the beauty enhances significantly during the monsoon season.

To share a little history for how the fall got its name then it is said to be named as Dumukurallu waterfalls because of its sound which resembles some kind of fall of stones from above. The falls are formed by the Kaigal stream which is also known to pass through the nearby beautiful Koundinya Wildlife Sanctuary which is another popular attraction in the region. There is indeed a decently spacious and quite a big pond just below the said waterfalls which is considered to be quite fascinating for several nature enthusiasts.

Being situated amidst the dense forest where endless species of birds, shrubs and trees can be seen and witness, this waterfall is truly a must-visit place for several obvious reasons and it truly promises some memorable moments which you can carry back home with you. It is a great picnic spot indeed for those travelling with friends and family and a good number of locals can be seen here all year round as this calm and serene spot is nothing but perfect for having quality time away from the hustle and bustle of city life. It is also known to attract a huge number of Hindu pilgrims from nearby villages mostly during Shivaratri festival as there is a huge but very beautiful Shivalinga installed near the falls.

Suggested Read: 5 Best Resorts Near Vijayawada One Must Pick For A Relaxing Weekend! 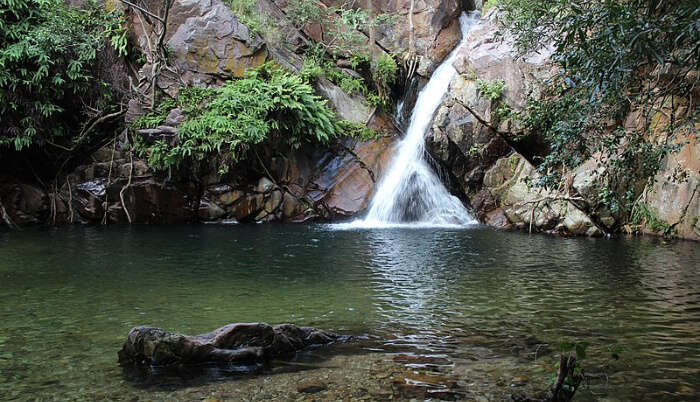 Nagalapuram Falls is a great place to visit with friends and family and it is truly an amazing spot known for its beautiful and a perfect blend of experiences such as the beauty of hills, rivers and dense forests right in the heart of Eastern Ghats. The said falls are very well located in the south Indian state of Andhra Pradesh near the Chittoor District and it is known to be a perfect attraction for various obvious reasons.

Visitors can truly witness some decent scenic and picturesque views right in the fall’s vicinity and as the place is set amidst serene natural beauty so one can truly witness nature from quite close which is not very usual in the said region. For adventure enthusiasts, there is an opportunity to try and practice a remarkable trekking experience and the total trek is said to be about 12 to 15 kilometers which promises you a memorable time for sure.

Distance from Vijayawada: 350 kilometers
Best time to visit: Throughout the year

Suggested Read: 27 Fascinating Places To Visit In Vijayawada In 2022 For Those Who Seek Nothing But Peace! 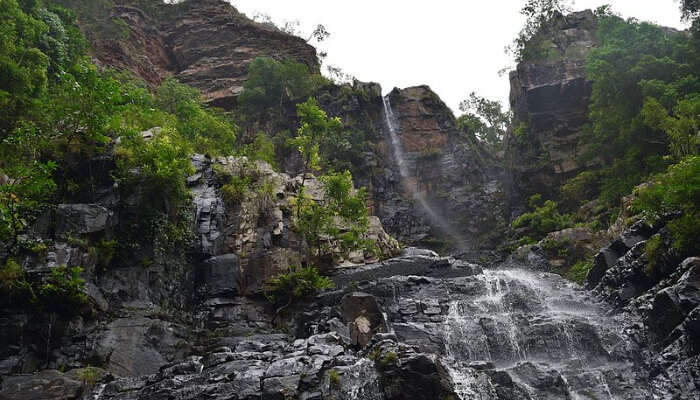 Talakona Falls are one of the widely visited waterfalls near Vijayawada. Speaking of the charm and beauty, the said waterfall is gorgeous which is well set at a height of about 270 ft making it the highest waterfall in the entire Andhra Pradesh. It is well situated amidst dense forest surrounded by natural beauty and fascinating greenery and the water of the said waterfall is said to be heavily enriched with herbs which have medical significance known to come with healing powers. In the year 1990, Talakona was declared as Biosphere Reserve owing to its wide variety of plant species and of course there are a wide variety of wildlife species including many endangered species such as sambar, porcupine, cheetal, golden gecko, slender loris, panther, Indian giant squirrel, mouse deer and many others respectively. If we translate the word Talakona in Telugu then it simply means ‘head hill’.

Those who visit the said waterfall can try hiking and trekking in the surrounding area, also there are a 240 m long canopy rope walk which is around 35 to 40 ft high and will truly offer a thrilling experience to every visitor who would wish to try it. There are several caves in the area’s vicinity which are believed to have been once occupied by sages who meditated there eternally. To give a religious touch to the area, it is also blessed to house a small temple built in the respect and to tribute Lord Siddeswara Swamy and the locals believe that it was built by a devotee named Appa Swamy in and around 181 AD. To make a note of, this temple is very crowded during the festival of Shivaratri as the devotees from many different places show up here during the mentioned period. It is a simple trek of about 2 kilometers in between the said waterfall and the Siddeswara Swamy Temple where the path would pass through dense forest and quite a slippery road.

Suggested Read: Top 10 Places For Shopping In Vijayawada For All Shopping Fanatics! 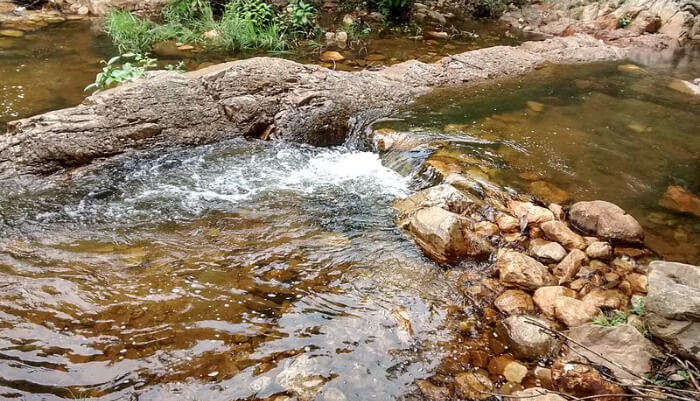 Tada Falls or Ubbalamadugu Falls is located about 29 kilometers away from Tada and about 85 kilometers away from Tirupati respectively and is one of the gorgeous waterfalls near Vijayawada. It is situated in Varadaiahpalem Mandal of Chittoor district. It is very well recognised as an ideal spot for trekking, climbing and picnicking as the falls are so well surrounded by the dense forest of Siddaiah Kona. The falls are amidst rocky hill formations, lush forests and some natural streams which are simply credited to add more charm and beauty to the already mesmerising falls. Visitors are requested to pay INR 50/- per vehicle and INR 50/-for camera at the forest check post.

It is recommended to hire a villager as a guide from Varadaiahpalem village for a better experience as the path leading to the said falls could be a bit confusing for those who haven’t been here before. The said falls are often praised for its crystal-clear water and there is a Shiva temple nearby where pilgrims are often seen paying their tribute while passing by. To make a note of, this trek can’t be done with children and elder people. We recommend you to carry a camera which can be of great use to capture some amazing pictures amidst such blessed scenic views and serene beauty. For adventure enthusiasts, this place can be a haven and some many tourists and locals have made a habit to visit here regularly in a pursuit to have some decent trekking experience which the place promises to deliver to everyone.

Further Read: 10 Best Hotels In Vijayawada For An Amazing Staycation In Andhra Pradesh!

Vijayawada is truly a city worth visiting. It is often profoundly called the heart of Andhra Pradesh as the city has so much potential. There are several tourists exploring. Many visit here owing to the place’s amazing tourist attractions and its serene views and of course remarkable hospitality. Besides several good things and nice places to visit, the waterfalls near Vijayawada are absolutely famous and widely visited and those mentioned above are must-visit spots. If you are planning for a trip to Andhra Pradesh don’t forget these.

Where is Vijayawada located?

Vijayawada is located in Andhra Pradesh which lies on the banks of Krishna River right in Krishna District.

Which are the most famous waterfalls near Vijayawada?

Talakona Falls and Tada Falls or Ubbalamadugu Falls are known to be the most famous waterfalls in Vijayawada owing to its utmost scenic and serene beauty and the said waterfalls are widely visited by a huge number of visitors throughout the year.

Which are the best waterfalls near Vijayawada?

Well, there are several waterfalls near Vijayawada and almost every one of them is known for their charm and beauty which holds their precise significance however the Kaigal Falls / Dumukurallu Waterfalls and Ethipothala Falls has been considered by many to be the best amongst several others for obvious reasons. 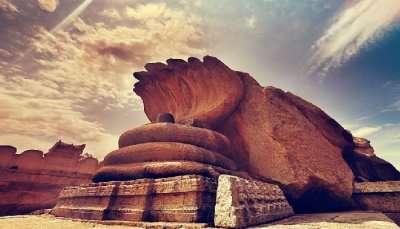 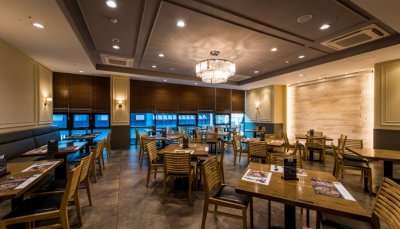 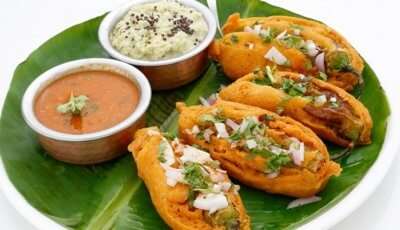