Winter In Brazil: For Rejuvenating Your Senses Amid The Gorgeous Landscapes Of This Land! 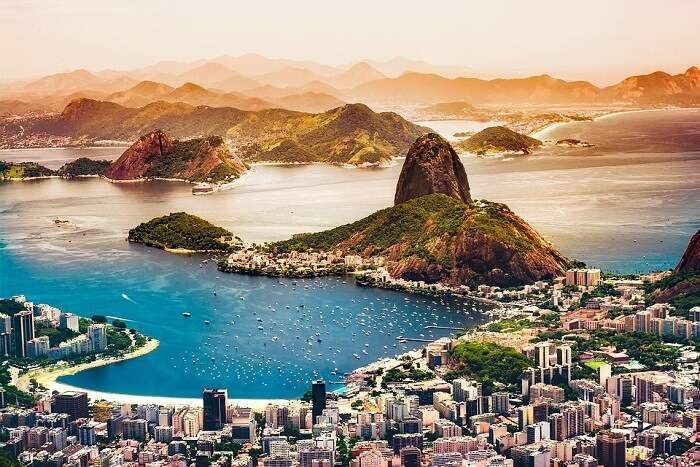 Whenever we think about Brazil, what comes to our imagination are sandy beaches, turquoise sea, lush greenery, people soaking in sun and fun activities going on the beach. People, tropical climate, music and local food all seem to compliment Brazil. Brazil lies in the Southern Hemisphere and this is the reason why their climatic conditions vary from that of the country’s lying in the northern hemisphere.

Winter in Brazil usually take place from June to September. The Winter are chilly and windy like other northern hemisphere countries. So, check out this list of all the must visit places that you just cannot resist going to in this scenic land!

One of the most attractive places to visit in Winter is the Urupema Waterfall as it freezes in Winter and Stone Arch. Read to know what all awaits you here! 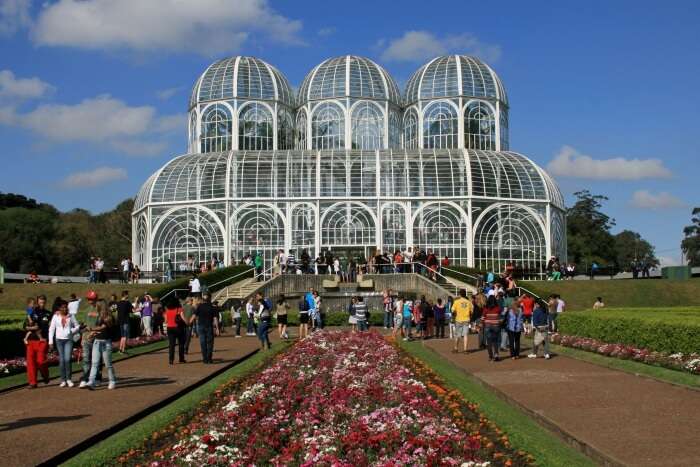 One of the large cities of Brazil, Curitiba does not experience temperature below -10 degrees. The days are chilly and frosting of waterfalls is less. This place is also known as Brazilian Vienna because of its parks and gardens. The city also has a number of theatres and cultural centers along with having an opera right in the middle of the garden also known as Wire Opera. It is definitely a nice option to spend your winter holidays. Witnessing the city wrapped in white snowy sheet gives you an awesome feeling.

10 Brazil Theme Parks For An Enthralling & Reviving Holiday With Your Loved Ones! 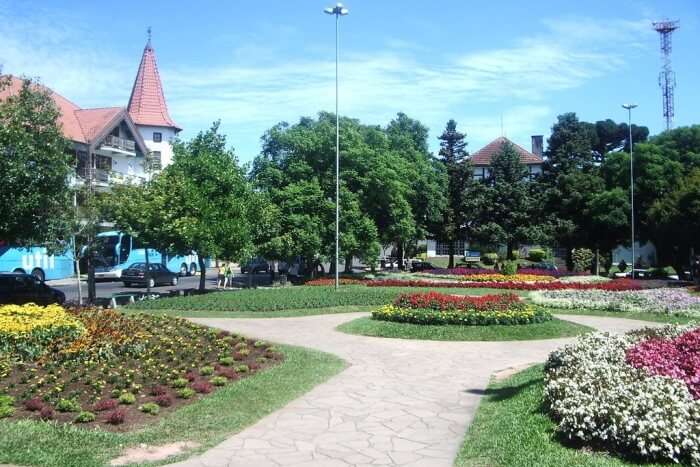 This city is not very far from Rio de Janerio; Petropolis is home to many mountains and lush greenery. It is said to be the adobe of Brazilian Imperial Family and is really known for its frosty sunrises. Winter festivals that take place here are worth visiting, and the royal palace of the Portuguese Royal Family is worth seeing. Apart from the royal palaces, there are plenty of other sites to visit like cathedral; places belonging to court etc. much information can be accumulated from the official website Petropolis Tourism.

Winter is Petropolis is celebrated with the onset of festivals. The winter festival of Petropolis and Campos de Jordao are well known and a place of heaven who love fondues, microbrews and hot chocolates. Petropolis is the only city to hold the Joinville Dance Festival in association with the Bolshoi School of Baillet Russo.

6 Romantic Places In Brazil For Falling In Love Again! 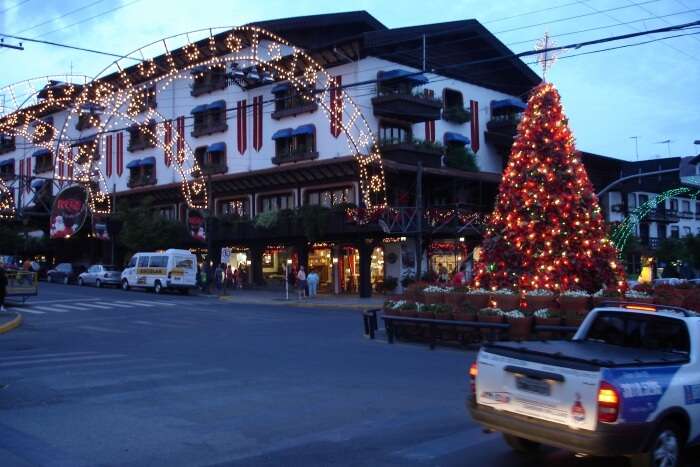 Also known as the winter capital of Brazil, it is one of the most visited tourist destination of Brazil during Winter. One of the main attractions of this city is the Brazilian Film Festival. This city is an amalgamation of Swiss Alps and Sierra Del Mar. some other attractions of this city include winter theme park, chocolates and artisan sweets, Christmas festival and Stylized stone Cathedral contending with her identical sister Cinnamon. It is suggested to definitely visit this place and catch a glimpse of the city wrapped in snow. The theme park and Christmas festival is must visit for everyone.

8 Best Homestays In Brazil That Are All About Terrific Location, Comfort, And Hospitality 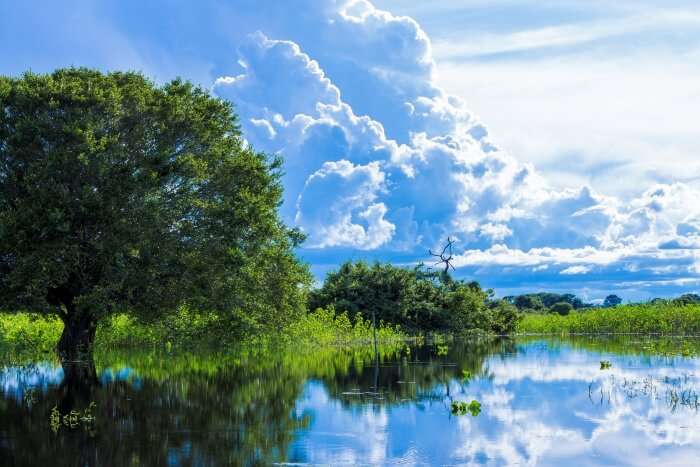 Pantanal is one of the largest wetland ecosystems of the globe. It has two varied weather: wet and dry. February and March experience heaviest rainfall and end up with flood. Winter here are cold accompanied with chilly waves. Every change in weather condition affects the habitat of wildlife. It is suggested to visit Pantanal in summers as you might get a chance to catch a glimpse of wildlife and able to do some trekking and biking. Winter here are dry and temperature going beyond 70 degrees during night.

Brazil In March 2022: Tour The 8 Most Exquisite Places In This Enchanting South American Land!

The climatic conditions of Brazil are not well defined due to its position on the globe. Sao Paulo has a moderate climate and Winter being accompanied by wind and rain. Winter here are little mild and temperature varies between 55 degrees to 75 degrees. The temperature hardly goes beyond the freezing point and beach conditions are similar to the tropical ones. Sao Paulo lies on the southern part of Brazil and therefore its climatic conditions resembles to some nearby cities. The majority of the time weather is pleasant without any humidity. Winter in Sao Paulo is said to be the driest time of the year and some afternoon showers might wet the city. 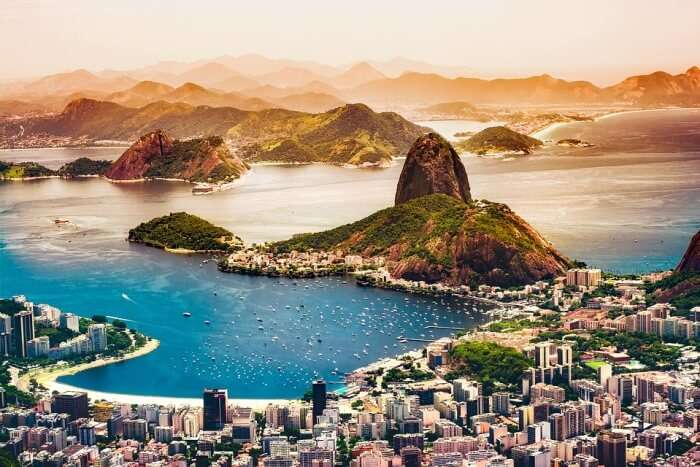 Rio de Janeiro lies on the Tropic of Cancer and due to this weather are very moderate and tropical. December to March the city witnesses the summer season and from July to September they witness the winter season. Winter are also moderate without any chilly waves. If the weather is cloudy then only the beach side will be getting much cold. Also since the amount of rainfall is very low, therefore the Winter are comparatively warn and sunny. It is best suggested that you visit Rio de Janerio in the months of February to June or September as the heat is tolerable and weather supports the beach activities and trekking on mountains. Brazil winter holidays are quite busy especially the month of July when the schools and universities go for winter breaks.

Rio de Janerio and Sao Paulo are two cities that lie at a distance of some 300 miles. Distance between both the cities is very less but still the exhibit diversity in their climatic conditions. Since Rio de Janerio lies near the coastal lines therefore Winter are mild and temperature during day time is high. While Sau Paulo lies 2300 feet above the sea level which results in much chilly nights and consistent drop in the temperature.

Brazil lies on the southern hemisphere which makes it climatic condition a little different from that of countries lying in the northern hemisphere. Within Brazil there are cities like Rio de Janerio that fall below the equator line. This makes the climate more moderate and Winter are warm and sunny in comparison to cities falling on the southern part of Brazil. These cities like Petropolis, Gramado etc witness chilly Winter and temperature goes beyond the freezing point.

Restaurants In Brazil: These 10 Brazilian Eateries That Lend Fine Dining A New Meaning

There are attractions like waterfalls that freeze during the winter. Winter are chilly and at times accompanied by little rainfall. There are few festivals that are celebrated during Winter where locals enjoy the delicacies like hot chocolates, fondues etc. during Winter Brazil experiences tremendous downfall in the tourism resulting in downfall of the prices of hotels and restaurants making Brazil a less expensive city during Winter. Local people of Brazil also prefer to celebrate and enjoy carnivals and festivals during summer season. So, plan your next international trip to surprise your loved ones with the best experiences and places to visit in the scenic land of Brazil!