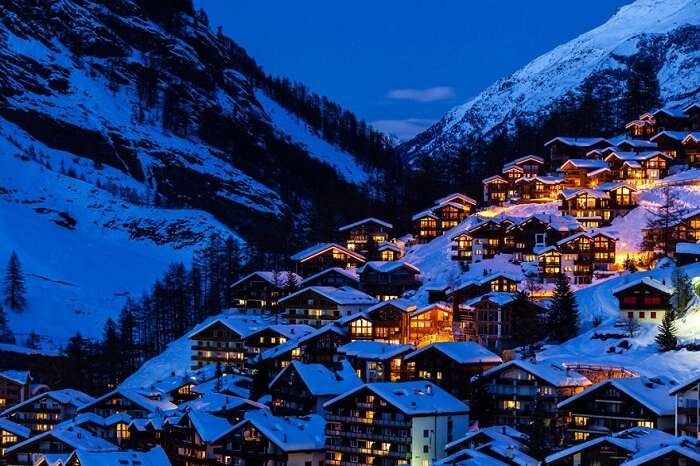 One picture is worth a thousand words but every picture of winters in Zermatt, Switzerland taken by Mikolaj Gospodarek, a Polish photographer is not less than a fairy tale in itself. Based out of Germany, Mikolaj has been on a photography tour of winter in the Alps for past few years and this year, he landed in the stunning alpine village of Zermatt in Switzerland.

Suggested Read: Top 10 Places To Visit In Switzerland During Winters

Out of all these, Gornergrat is his favorite spot as being at 3136 above sea level enabled him to witness not one, not two but a total of 29 incredible Swiss peaks. Treating your eyes with a bit of sunshine, frost and breathtaking panoramas, here’s Zermatt for you through the lens of Mikolaj Gospodarek.

1. High On Adrenaline At Breithorn

2. Happiness Is… Watching Sunrise At Weisshorn

3. An Alpine Ibex Chills In The Hills Of Gornergrat

4. A Piece Of Heaven At Weisshorn

5. This Is What Paradise Must Feel Like At Matterhorn

6. Mountains Are Calling & I Must Go!

8. There Is Beauty Everywhere, You Just Have To Look Around!

Suggested Read: A Fantastical Honeymoon Trip In A Fairytale World Of Switzerland

9. This Is Where You Find Solace

10. A Place Straight Out Of Dreams!

11. Heard Of A Glacier Palace Ever?

Suggested Read: A Fantastical Honeymoon Trip In A Fairytale World Of Switzerland

12. Survival Of The Fittest In Alps

15. This Is How Switzerland Fills Your Soul!

Wanderlusting already? Customize your own thrilling Switzerland tour package with TravelTriangle and make some room for that adrenaline rush!