5 Arizona National Parks You Must Explore To Spend Time In Nature In 2021! 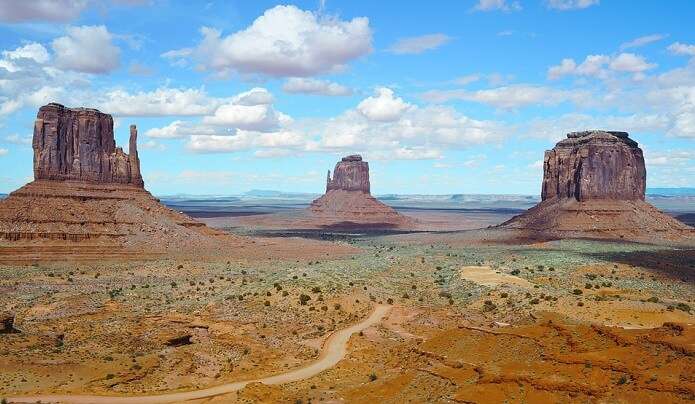 Arizona is a southwestern state of the United States of America and is the fourth largest and the 14th most populous state of the country. Arizona national parks are home to many natural wonders and are popular throughout the world. While Southern Arizona has a desert climate with very hot summers and mild winters, Northern Arizona enjoys moderate temperatures in summers and snowfalls in winters. Northern Arizona is famous for the Colorado Plateau, deep canyons and forests of Douglas fir, pine and spruce trees. Arizona has a number of national parks, the most popular of which is the Grand Canyon National Park. Arizona is famous world over for being home to many beautiful natural marvels. One must not miss out on exploring national parks when they are in Arizona.

Must Read: Arizona Honeymoon: 8 Romantic Places Where You Can Escape With Your Partner

Saguaro National Park is located in Pima County, southeastern Arizona. It is, hands down, one of the most beautiful Arizona national parks. This national park is home to diverse flora and fauna, including the giant saguaro cactus. There are so many saguaro cacti in the national park that the name of the national park has been influenced by the presence of these cacti. North America is home to many types of cacti but the most special among these are the saguaro. These cacti are very tall, weigh several tons and can live a couple hundred years.

The best time to visit Saguaro is late May because this is the time when cacti bloom with beautiful flowers. It is advised to bring a lot of water because the national park has desert climate and to avoid hiking under the midday sun in summer. Saguaro National Park is undoubtedly one of the best Arizona national parks if you want to witness saguaro cacti.

Another national park in Arizona that is famous for being home to a rare species of cactus and is named after that species. Located in extreme southeastern Arizona, this national park is essentially a U.S. National Monument and also a UNESCO Biosphere Reserve. A variety of desert flora grow in the national park among which most are cacti. This park is the only place in the United States where organ pipe cactus grows wild. By attending the educational program at the amphitheater or going on a ranger-led hike, you can learn a lot about the flora and fauna of this national park. Organ Pipe shares a border with the Mexican state of Sonora and many people choose to further vacation in Mexico after visiting Organ Pipe. This is one of the Arizona national parks where you can enjoy scenic views and simply chill in nature.

Petrified Forest National Park has been appropriately named so because it is full of large deposits of petrified wood. Petrified wood is wood that gets turned into stone over time. So, you can witness age-old wooden landscapes by visiting this national park. What makes this sightseeing more interesting is the fact that you have stone in front of your eyes which you know was once wood. The fee area of the park covers about 600 square kilometres. Located in Navajo and Apache counties in Northeastern Arizona, this area was declared a national monument in 1906 and then a national park in 1962. Hiking is the most famous of activities that people usually indulge in this national park. Hiking in this place is very special because there aren’t any designated hiking trails here. This is one of the Arizona national parks where fossils of ancient creatures, even dinosaurs can be witnessed.

Suggested Read: 14 Awesome New Year Parties In USA That You Must Be A Part Of

Located in north-central Arizona, Wupatki National Monument is a United States National Monument. Wupatki is listed on the National Register of Historic Places. Many of the pueblos that were built in red-brown sandstone from this region are home to this national park. There is a volcano that erupted around the year 1085. This caused the Natives to evacuate. There are many preserved ruins consisting of pueblos that were built by the Natives after the evacuation.

Day Trips From Washington DC: 10 Places Which Will Let You Enjoy The Best Of The State!

7 Best Places To Visit In Phoenix For An Extraordinary Vacation With Your Family!

Phoenix travel guide: A Detailed Guide To This Valley Of The Sun