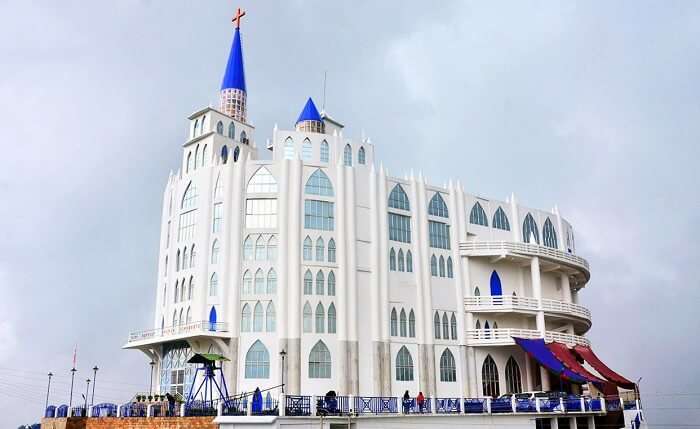 Erick S. Gray once said it right that “whatever you give a woman, she will make it greater.” Taking the meaning of this quote to another level, a woman architect from India is taking the whole country by storm for building Asia’s largest church in Nagaland.

Known as the Sumi Baptist Church, it is Asia’s largest church stands tall at a height of 203 feet atop the quaint little town of Zunheboto. Apart from a huge contribution of INR 36 Crores from the congregation, it took the 38-year-old Honoholi K Chishi-Zhimomi and 2000+ workers to build this church over a period of ten long years.

Built in a shape of an egg and other than its striking blue turrets that can be seen from more than twenty nearby villages, the Asia’s largest church also features a 500-kilogram bell that has been imported from Poland. Other facilities that the church encompasses are:

Impressed much? While that’s something to be proud of, where do you plan to celebrate Christmas and New Year this year? Tell us in the comments below!

5 Best National Parks In Assam: Why It’s The Favourite Of All Wildlife Enthusiasts

Under 18? Grab The Golden Chance As UAE Offers Free Visa To Minors Till September Only!