Visiting Auckland In January 2021? Add These Places To Your Bucket List 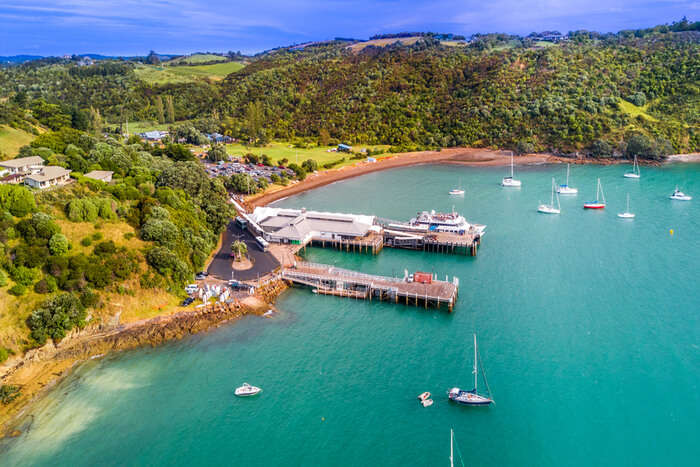 There are very few big cities in the world that can make you feel a connection to nature and Auckland is definitely one of them. It may look boring to many at first glance but this city is full of exciting surprises and experiences. This place is a haven for visitors who like to see the culture, eat tasty foods, and partake in other interesting outdoor activities as there are many of them happening now and then. Also, there are many attractions for visitors to entertain themselves with. The simple lifestyle of welcoming people living in a geographically small area makes it easy to travel around here. The city holds an abundant maritime history which has identified the nation as a seafaring country. Not just the beautiful views of the city and ocean from the harbor, the place is also famous for its wineries, particularly the white ones.

In case you are planning a visit to Auckland in January, this place assures to give a fresh and splashy start to your year. Auckland weather in January is quite warm and considered a comfortable time for travelers to visit. The trip may be a little expensive than other times because of a little increase in airfare and hotel rates, but every penny you plan to pay to be a part of this crowd this January will be with it.

Weather In Auckland In January

Where the half of the world will be going through the shivery cold and snowy past the Christmas, the weather in Auckland in January 2021 will be the exact opposite. People who want to escape the cold or go out for a happening sunny place for their vacation can travel here to make the most out of their holidays. With a large number of visitors flocking in, the events and activities will surely line up for you to plan it according to your interest.

The average maximum temperature of weather in Auckland in January is only 25° C (77 F) and the minimum is about 12° C (54 F) which is very mild and pleasant. Although, during nighttime, the temperature may drop to 17°C (63°F), when visitors will want to go with something little warm for dinner outside or other outdoor happenings. Auckland weather in January 2021 is predicted by the data of the previous years where the data is pretty similar weather to the past years. The data shows that the days are mostly sunny and is dry with 87mm of precipitation over for ten days. The temperature seems to go up to 24° C (75.2 F) and may drop to 17° C (62.6 F). Visiting this place in January gives you a chance to explore summer in Auckland.

Places To Visit In Auckland In January

Since the summer is a great season to spend around the islands and beaches, Auckland in January is pretty flooded with lots of travelers witnessing many outdoor activities like hiking, sightseeing etc. Here are a few places you should not miss out on:

Surfing is the best way to satisfy your adrenaline craze during sunny days. As it happens, the waves in Auckland is powerful all year around. The most famous place for Surfing in Auckland in January would be Piha Beach. The strong waves make it quite dangerous to surf sometimes but it is just the right for the hardcore surfers who like big waves.

The area is patrolled by surf lifeguards. If you are not a surfer yet but want to get into it, there are a few surfing schools in Piha you can go to. If not, you can hop into the Piha cafe and watch the view, which in self is beautiful.

Put on some light clothes, your best sneakers and summon all your courage for the bungee jumping from Harbour bridge. You can either choose an ankle-tie, tandem or a harness bungee jump. Walking out over the ocean in the Harbour bridge after being fitted with the required gear, you will get into the exclusive area of the bridge.

Shaped like an umbrella, the bridge can outstand any weather and will not let you down because of the weather. The jump itself is 40m high into the ocean, making it the only ocean touch bungee jump in New Zealand. Since the height is not too extreme, bungee jumping from harbor bridge is ideal for first-time jumpers visiting Auckland in January.

Being a country both in southern and eastern hemispheres, the weather in Auckland in January 2021 or any other year is pretty warm. The warm temperatures result in the increased number of tourists from places with extreme cold January weather. During such a time, hosting an event in Auckland is self-explanatory. Hundreds of events from children themed animated looking theatres to lifestyle festivals happen around this time.

Talking about 2021, Auckland concerts in January are marvelous. Mumford and Sons playing on 12th Jan in Western Springs Stadium and David Brighton’s Space Oddity as a tribute to David Bowie are the two main highlight of events in Auckland in 2021. Except that, different food festivals, performing arts, sporting events, and many other gigs are taking place in Auckland this January. There are also several festivals in New Zealand that you must attend.

Kelly Tarlton’s sea life aquarium – the most famous aquarium in New Zealand is one of the major attractions in Auckland, New Zealand in January. New Zealand’s subAntarctic penguins call this aquarium their home with countless other marine life forms the Pacific and Southern oceans.

Get up close and experience this incredible creation of humanity. Moreover, experience the King and Gentoo penguins up close and personal by taking a jump off the ice or you can go for an Animal Adventure jump into the shark tank snorkeling above with sharks. The aquarium serves people of all age ranges with its unique show of the marine life.

Being a big city, Auckland possesses all the quality to qualify as one. Like many cities, there are more than 20 different museums of diverse range in Auckland. Get ready to stumble upon various war history artifacts, Maori treasures, vintage cars, art galleries, rich depiction of aviation and maritime and many more. Museums are some of the best places to visit in Auckland. Some of the famous museums that you can visit in Auckland are Auckland War Memorial Museum, New Zealand Maritime Museum, MOTAT, Te Toi Uku, Huia Settlers Museum, etc.

Auckland is a most crowded city in New Zealand with approximately of 1.5 million number of people. This makes the city full of life, excitement with a various great outdoor lifestyle. This large group of people certainly reside here because of various reasons like warm atmosphere, more than 50 islands to wander through and also consider it to be one of the best areas to reside in. This magnificent ‘City of Sails’ has its own exceptional appeal when compared to other popular waterside urban areas.

Every element of Auckland in January is a call to tourists with arms wide open to plan a trip to New Zealand. If you are planning to escape your cold winter and have an early hands-on experience of the summer ahead whilst parallelly exploring a different city in a different part of the world, Auckland is a place to be this January.

Q. Is January a good time to visit NZ?

A. Summer in New Zealand is by far the most popular time to plan you trip to New Zealand.

Q. What is the best time to visit Auckland?

A. The best time to visit Auckland is from March to May and between September and November. These shoulder months offer pleasant temperatures, mostly sunny days (excluding May) and thin tourist crowds.

Q. What is there to do in New Zealand in January?

A. Popular activities to do in January include:
1. Hiking
2. Kayaking
3. Swimming
4. Sailing
5. Surfing
6. Mountain climbing
7. Fishing

Q. What is the cheapest month to fly to New Zealand?

A. Top Tips for Finding Cheap Flights to New Zealand
High season is considered to be January, February and December. The cheapest month to fly to New Zealand is March.

Q. What is there to do in Auckland in January?

Q. What is Auckland famous for?

A. New Zealand’s most famous television show, Shortland Street, is filmed on the North Shore of Auckland. The nickname of Auckland is the “City of Sails”. The Sky Tower is currently the tallest structure in the Southern Hemisphere. The city’s oldest park is the Auckland Domain.

Q. Where can I go for free in Auckland?