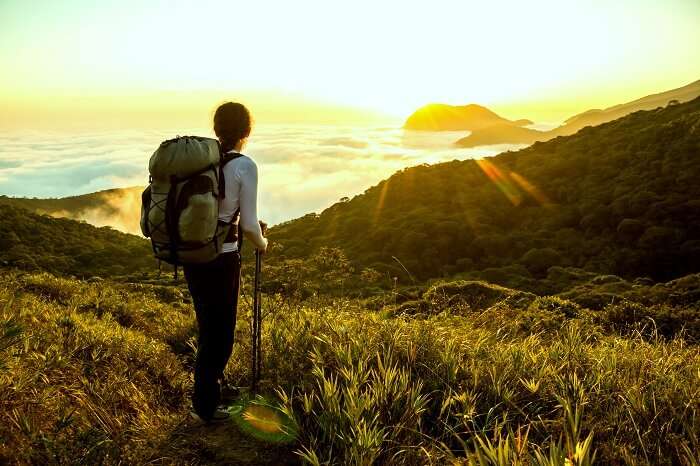 Brazil is formally called the Federative Republic of Brazil and is a country located in South America. Brazil is the world’s fifth biggest country with a population of 209 million. Brazil is named after Brazil wood; it is a tree that grew very well along the coast of the Brazilian. The first people who arrived in Brazil during the period of 9000 B.C, they were actually called as the South American Indians. As a matter of fact, most of the people in Brazil talk in the Portuguese language. Brazil is widely known for the world’s largest rainforest that is the Amazon Rainforest that creates up to 40 percent of the total land area of the country. There are a lot of places to be visited in Brazil. If you are planning to visit Brazil then go through this Brazil travel guide in order to find out all the required information.

There is nothing particular about the time during which you can visit Brazil, as every season has something special to do. Winter in Brazil is opposite to that of the Northern Hemisphere and it happens to be from the month of May to September. In the north of Brazil weather remains positively tropical. The south of Brazil is cold in winter with some areas having minus temperature. In the north of Brazil, the rainy season commences from December along with the heaviest rainfall between March and May.

How to reach Brazil

The largest airports are situated in Sao Paulo and Rio de Janeiro which are having direct flights cities in North America. All the big cities are having an airport but few of them only have international flights. Traveling to Brazil by train and road are not the best options as they are much difficult than others. If you have the Brazil visa as a tourist you can stay for upto 90 days in Brazil.

Best places to visit in Brazil

To know the best places to visit in Brazil you can consider some of the following Brazil travel advice:

Rio de Janeiro is a beautiful city, as it has lush mountains, brilliant beaches, over the top nightlife and some crazy football fans. Rio is filled with green mountains while the coast extends for miles. Many people visit Rio to visit the beaches. You will like biking in the beach, hiking in the rainforest, hang gliding and rock climbing. If you want to discover the city in the night time visit Lapa where you will find music and live parties every night.

Must Read: 8 Best Homestays In Brazil That Are All About Terrific Location, Comfort, And Hospitality

This is one of the biggest cities in Brazil. It is popular for cultural scenes, great beaches and shopping. Prefer to spend the morning in the Centro which is the oldest part of the city and spend your evenings in Praia de Iracema which is filled with hotels, restaurants, and nightlife.

Manaus resides on the Negro river which is the capital Amazonas and even one of the leading country and has unbelievable landmarks. If you like phenomenal natures find out the meetings of water where both the rivers join to form the Amazon. Then visit the zoo where animals gather at one place and visit the museum which is outside the city center.

Suggested Read: Add These Diverse Landscapes To Your List Of Top Places To Visit In Brazil

This is the urban capital of Parana state and also the best-known performance center. Visit the Wire Opera a steel tube building which has a Guaira theatre to perform some programs. This is a different place to recharge before terminating the Brazilian adventure.

Best Things To Do In Brazil

Some of the best things that one can do in Brazil, which are highly recommended by most of the Brazil travel blog include:

This is the oldest and biggest boutique in Amazon. The hotel is situated on the bank of Amazon River among the dense surroundings of the tropical forest. This is popular for amenities, celebrities, and luxuries.

The Corcovado is located within the forest. In addition to that, it is the attractive range of mountains that offer the residence for the world-famous Christ the Redeemer statue. This is one of the most popular landmarks in the whole world. If you need visiting the famous theatre in Brazil then, in that case, you cannot miss visiting the Theatro Municipal. As a matter of fact, there is a national park called Serra da Capivara National Park which was designated as the world heritage site by the UNESCO in the year 1991 which successfully grabs more number of visitors to the location.

If you refer to the Brazil travel plan, you can find some places such as a beautiful botanical garden which is the home for almost sixty-five thousand species of Brazilian as well as foreign flora. The Parque de Aves is a private park which is situated near the famous waterfalls of Iguazu.

Places To Stay In Brazil

This is considered one of the leading beach hotels in South America. The hotel is filled with luxury from beachside seating to 88 guest rooms. They are filled with washers and dryers who will assist you in arranging your clothes which tend to acquire too much sand from the activities on the beach.

This is the best unique hotel in South America which has 94 rooms as well as suites where some rooms are filled with colour to offer different guest experience. In fact, the hotel incorporates the Skye which is the rooftop bar and it was ranked with the top 50 bars in the world by CNN.

How To Get A Visa For Brazil

The Brazilian tourist e-Visa is an electronic travel visa which citizens of other countries can apply to wander in and around Brazil. This specifies that there is no requirement to visit the embassy or consulate to acquire travel authorization before visiting Brazil.

Currency
The currency of Brazil is Brazilian Real since 1994 and in existence the strongest currency of Latin America.

What to Pack to visit Brazil

So are you all set to make your Brazil vacation a memorable getaway? If yes, then plan your much-awaited international holiday with TravelTriangle and relax amidst the most picturesque sights of Brazil by keeping this guide handy!

Victoria In Winter: Things You Must Know About This State When It’s Cold