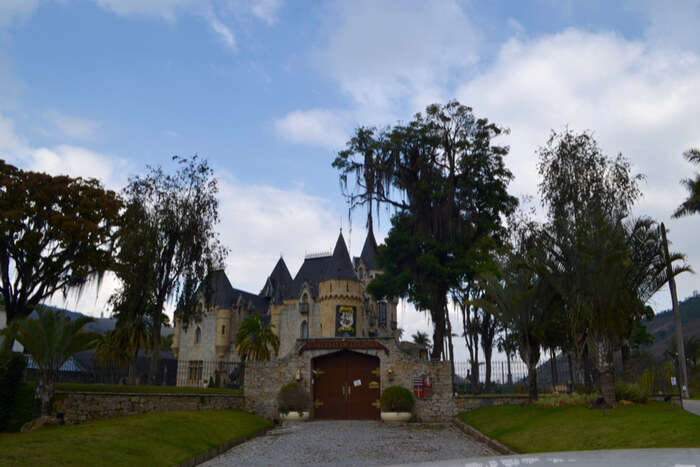 Castles are the perfect source of knowledge when it comes to learning about the historical significance of a place and castles in Brazil are no different. Essentially, these famous Brazilian castles are built for tourism and entertainment yet there are some that can enhance your historical knowledge about the country. The castles of Brazil have been constructed keeping pivotal factors of the place like religion, science, and revolutionary movements in mind.

If castles are your thing, then these in Brazil will surely impress you. Given below is a list of castles in Brazil that have been carefully preserved over decades and centuries by either their owners or the Brazilian government.

1. Castle of the Baron of Itaipava

Located in the city of Petropolis in Rio de Janerio, is the medieval Castle of the Baron of Itaipava popularly known by the name of Castelo de Itaipava. Constructed in early twentieth century, this awe-inspiring castle was built by the second baron of Vasconcellos- Rodolfo Smith de Vasconcellos, who was an Anglo-Indian Aristocrat. The renowned Brazilian castle is constructed using almost twenty European styles. The stone carvings by French artisans, Carrara marbles, Italian slate roofs, Jacardian windows, English doors, and Austrian stained glass windows are the main highlights of this castle. For years, the castle is being used as an event house where several festive occasions can be hosted. It is sometimes even used by the film industries for movie shoots, auctioneers, and at times as a museum or elite wedding venue. The castle is also famous for its gastronomy in a restaurant that not only serves the guests with lip-smacking food but is even a befitting choice for organizing live music events.

Located in the Brazilian city of Pedra Altas in Rio Grande do Sul, this castle was erected between 1909-1913. Constructed by a diplomat, Joaquim Francisco who converted his farm into a country estate that held an important role in the farming of Rio Grande do Sul. As a result of its pure beauty, the castle has been recently restored by the State Agricultural Federation. This castle has now become attractive enough for mainly two reasons – the ambiance and huge library behind the walls, which is also a cultural centre. However, it’s quite unfortunate that the castle is not open to exploration by the tourists.

In the Parana state’s capital Curitiba, the grand castle of Batel is built, which is yet another historic destination of significance in Brazil where pivotal events are organized. The castle originally belonged to a coffee grower of Netherlands and was later sold to the governor of Parana in 1947. After that, the palace was included in the lists of Historical Patrimony. The building was finally designated as an event centre in 2003. The castle’s structure has imbibed the essence of French architecture and therefore contains many typical slated roofs that are filled with expressive designs. Richly covered with foliage and surrounded by gardens, the castle has now become a venue for many elite and aristocratic weddings and other such celebrations. The castle can even lodge almost 60 people, has 8 meeting rooms, and offers ample space for parking vehicles. To cater to the modern demands of visitors, the whole place is well connected with wireless internet. The best time to visit this palace is during Christmas as the lighting and other decorative embellishments are sure to spread good, Christmassy vibes all around.

Located on the island of Ilha Fiscal in Guanabara Bay and bordering the historic city of Rio de Janerio, the much-lauded Ilha Fiscal Castle was originally called the Rat Island by Europeans. However, it was named Ilha Fiscal Castle after the Special Portuguese Military Force. This force is also known by the name of Guarda Fiscal, as a token of appreciation for their admirable contribution towards the city.
Now taken over by the Brazilian Navy, this castle has become a museum that preserves Brazilian as well as the cultural history of the castle. Throughout the year, you can find many efficient guides that most ardently and efficiently help and enlighten the tourists, ensuring the history and significance of the castle as well as island do not become forlorn. For entering the castle, tickets need to be purchased at the Naval Museum from where you’ll get a ride to the castle as well.
Location: Ilha Fiscal Castle, Guanabara Bay, Southeast Brazil

These are just a handful of castles in Brazil. There are various other top castles in Brazil that are appreciated and commended for their architectural brilliance and splendor. Due to green surroundings and dense forests, these castles keep the tourists spellbound with their panoramic views. For those planning for an exotic trip that would even feed their curious minds, spending a holiday in Brazil can always be a great idea.