Your Guide To Cricket World Cup 2023 As India To Be The Host Country! 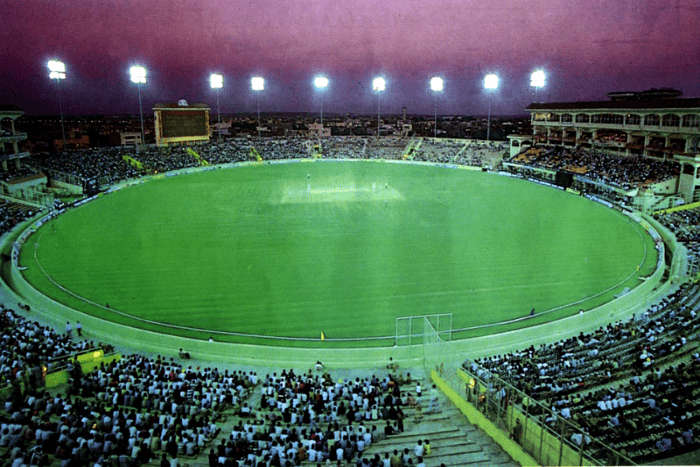 In a country obsessed with cricket; in a country where cricket is nothing short of a religion with cricketers being placed at a pedestal; and in a country where the victory and loss of a match is celebrated and mourned at a national level like birth and death – the fact that Cricket World Cup 2023 is going to be organized entirely on Indian soil, is nothing short of a feat! When the news was released till now, the discussions, the speculations and hopes have only increased and amplified. For the uninitiated ones, the Cricket World Cup 2023 will be entirely organized in India which is also an indication of its status and well-being in the international communities. Being able to bag the opportunity to organize international matches of such repute and such long duration brings a sense of joy, pride and achievement to the nation and its citizens.

Find all the details on the ICC World Cup 2023 such as the venue, schedule and tickets etc. So, dear die-hard fans, put on your reading glasses and enjoy a thorough and exciting account of the grand sports fiesta that is going to be organized in India! Yes, India is Cricket World Cup 2023 host country. Though this will bring laurels and international attention to our country, it is a huge responsibility as well. Security, safety, public sanitation, accommodation, food, practice nets, media coverage, tourism, flights and ticket sales – there are many parameters to be considered and planned.

This is the first time that India will be solely acting as Cricket World Cup 2023 host. It has shared the responsibility with its neighbouring countries – Pakistan and Bangladesh in 1987, 1996 and 2011. So, this time, it is surely going to weigh more on the players, organizers, government and public as well. Going back to a little bit of trivia, the 2011 cup was won by India as a host and she made a record with it!

As always, the ICC Cricket World Cup 2023 will be organized with team pairings done in a ‘Round Robin’ fashion. Take it as a really good technique to ensure that shuffling is done without any bias.

The ICC Cricket World Cup 2023 venue for the final match has not yet been decided. The top 8 teams having the highest ICC rankings will be automatically selected. It is a matter of pride that our Indian Cricket Team has been regularly selected automatically. This time as well, we are already selected for the World Cup.

The other two teams will be selected based on the results of 2022 World Cup Super League matches. So, all in all, there will be 10 teams in total and 48 matches in total in the CWC 2023.

Must Read: T20 World Cup 2020: Most Awaited Cricket Match Is Back And How!

As expected, the entire Cricket World Cup 2023 schedule is still under wraps and is being discussed and talked upon. However, the start and end dates have been announced.

The entire schedule will be released after the results of 2022 Super League are out. Though most of the ground work is under process and the Board and Council meetings must have been organized to discuss all the vital points, the final schedule is yet awaited!
Keep watching this space for getting the latest updates on Cricket World Cup 2023 schedule.

The top 13 cities that are expected to make it in the list of Cricket World Cup 2023 stadiums are:

Further Read: 10 Reasons to Travel to Australia and New Zealand to watch the Cricket World Cup

This is all that we have on our hands for now as far as the CWC 2023 is concerned. Keep in touch with us and keep checking various sections for reading the latest updates and news on them. Find out your city from this list and start planning a trip to witness the magic unfold on the stadium!

What is the venue for Cricket World Cup 2023?

India is the only venue for CWC 2023. The details on stadiums and schedule etc will be released later.

How many teams and matches will be there in CWC 2023?

There will be 10 teams and 48 matches in the world cup.

Can I buy the tickets online?

Yes, the secondary websites and unauthorized sellers will be closely watched and the tickets sold by them will be scrapped.