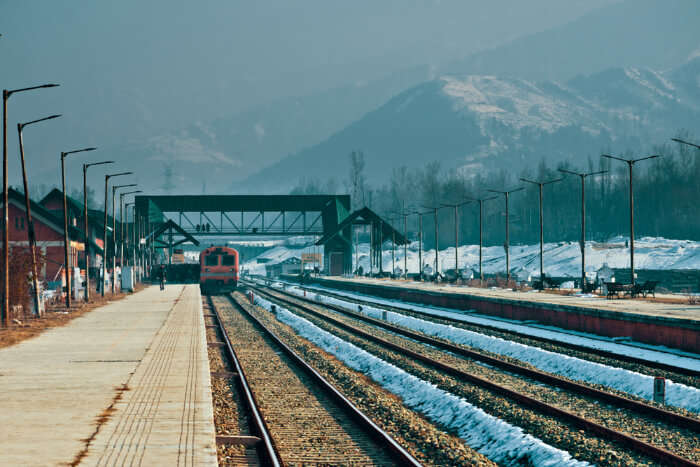 Your dream adventure trip to Leh is going to get on track soon. Indian Railways is coming up with a direct train from Delhi to Leh. Earlier the trains used to drop you till Jammu and you had to find a conveyance for Leh from there. But now, this new route will take you right till the destination itself!

The proposed railway route will cut short your travel time by 50 percent i.e. from 40 hours to 20 hours. A detailed survey is being conducted to identify the vantage points falling on the route. This survey will go on for about 30 months and will work on reducing the travel time by a few more hours.

With a total of 30 railway stations, the tracks will be laid through some major destinations, including Sundernagar, Mandi, Manali, Keylong, Koksar, Darcha, Upshi and Karu. Keylong will be the highest railway station (3000m) in India and will also be competing to replace the world’s highest railway station. Currently, this position is held by Qingzang Railway in China, with the maximum altitude reaching 16,627 ft.

Suggested Read: 12 Festivals Of Ladakh In 2022 That Celebrate The Life In The Valley

The upcoming direct train from Delhi to Leh will find its way cutting through various huge mountains and crossing many rivers. So, you will see 74 tunnels, 124 long bridges and 369 small bridges on the way. Interestingly, one of the tunnels is expected to be as long as 27 km. This railway route is expected to cover about 465 km and the entire estimated cost of this massive project is INR 83,360 crores. As of now, Delhi to Ladakh train ticket price has not been announced.

In an interview, Alok Kumar – Chief Administrative Office, Northern Railway, stated that this is going to be one of the most difficult projects for the Indian Railways till date and there are many anticipated challenges in the construction process.

Further Read: 18 Insanely Beautiful Train Journeys In India That Will Compel You To Log-in To IRCTC Right Away

Get ready to board this direct train from Delhi to Leh and unfold some of the most mesmerizing locations through its route. On the way, behold the mighty snow-capped mountains, green valleys, blooming fields, pristine water bodies, long tunnels, high bridges, and much more. And while this project is rolling, plan a trip to Leh, for a thrilling vacation at this high-desert city in the Himalayas.

Frequently Asked Questions About Direct Train From Delhi To Leh

How far is Ladakh from Delhi?

Delhi to Ladakh distance by road map is 1011 km.

What is the best time to visit Leh Ladakh?

The best time to visit Ladakh is during May-AUgust when the weather is amazing.

Is private car allowed in Leh?

Yes, private cars are allowed. People take road trips to Leh. However, you need a special permit to enter into the region. Also, cars older than 10 years are banned from entering into Leh because of environment safety purposes.

Trip To The Ladakh Delhi To Shimla Trains Ladakh In Summer

19 Festivals Of Delhi To Attend In 2022 For A Food, Shopping & Cultural Extravaganza