Disneyland Got Covered In Snow And Gave A New Meaning To The Word, Magical! 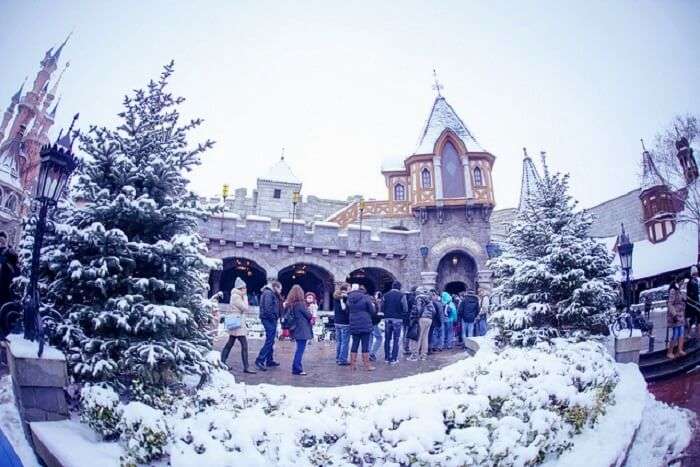 Treating people to what magical looks in real life, it was an overwhelming day for the Disney fans as Disneyland got covered in snow and made everyone’s dreams come true. Transforming the whole theme park into a winter marvel, visitors were overjoyed to experience a day at the park in a snowy environment. And we mean real snow!

Forming a thick layer over some of the major attractions in Paris, the Disneyland in Tokyo received a great response from the visitors despite the fact that the city was hit by a storm. From the breathtaking Big Thunder Mountain Railroad to the mesmerizing Sleeping Beauty Castle, a look at these snowy pictures is sure to blow your mind away.

And just so that you don’t start getting those FOMO feels, snowfall is expected at Disneyland in the next few days too. Just saying!

Tinkerbell Amidst The Magical White Dust

Haunted Mansion Not So Haunted Anymore

Simba – The King In The North

Suggested Read: Know The Best Time To Explore The Disney World That Lets You Travel Smart & Save More!

The Castle In All Its Winter Glory

While there’s a lot more to the snowy Disneyland than what meets the eye, wouldn’t it be great to have a Disneyland in India? And if you’re thinking the same, let us know in the comments below as to which destination would be the perfect choice to relish the best of sun and snow in India!