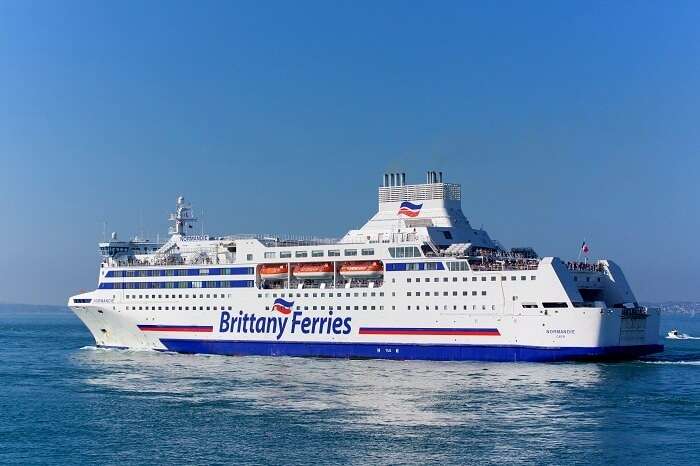 Brittany Ferries is all set to launch the first direct ferry route from Ireland to Spain this year, and it is definitely a good news if you have been waiting to experience a hassle-free journey via sea. While the sailings will begin from the end of April to November, the tickets will be on sale by January end. So, without wasting much time, finalize your travel plans for the year already!

As of now, the company will be operating two direct return sailings weekly from Cork in Ireland to Santander in Northern Spain, and an additional weekly return sailing from Cork to Roscoff. A new ship that will be called ‘Connemara’ will also be chartered to run across this direct route, and will have a distinct Spanish theme with all kinds of comfort and convenience.

Suggested Read: 10 Top Things To Do In Spain That Will Leave Your Soul Craving For More

The Connemara will accommodate around 500 passengers with space for 195 cars, and will take approximately 26 hours for crossings. As per the announcement, the departures from Cork this year will be on Wednesdays and Fridays, the price for the same is yet to be announced. Featuring 120 cabins with beds for up to four passengers, some of which will also be pet-friendly, a small shop, a cafe-bar, and lounges, this direct ferry from Ireland to Spain is expected to offer a complete refreshing experience to the travelers.

While this announcement came in on the occasion of Brittany Ferries completing 40 years in Ireland, the General Manager of the company – Hugh Briton also sees it as “a significant move that will offer haulage companies a direct route to Spain, and passengers a far greater range of holiday options from Cork.”

With so many travelers wishing to take their car or a direct ferry to the Spanish land earlier, this first direct ferry route from Ireland to Spain has come as a blessing. And we are sure, if you’re one of them, you can’t wait for April to come!

5 Apps That Make Social Distancing Fun And Interactive Without Making You Feel Lonely!