19 Places On The Planet Google Earth Is Hiding From You 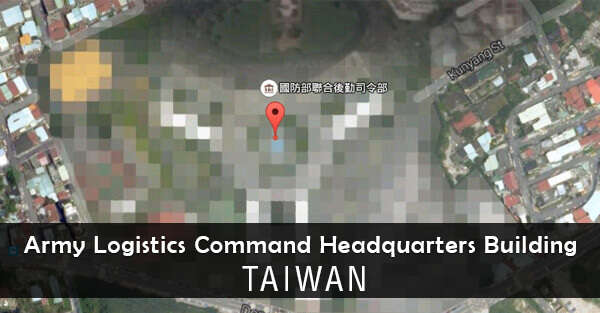 We have always relied on Google maps to tell us the most intricate of details about places, from continents right down to our very own houses on the streets. But did you know that there are a number of places that Google refrains from showing to us? Never mind. The secret is out and the smart-ass search engine cannot fool us anymore by pathetically blotching out or ‘photoshopping’ places from the map, including entire nations!

Image Source
Well, what did you expect? It’s an Air Force Base for crying out loud.

Image Source
The High Frequency Active Auroral Research Program, or HAARP, is currently among the most controversial operations being carried out in the US, and forms the base for a number of conspiracy theories. Need I say more?

Image Source
Once on the list of the Seven Wonders of the Ancient World, and a prominent part of the Holy Bible, this place now appears on Google Maps as an unending farmland. It is famed for Saddam Hussein’s endless attempts at rebuilding it, brick by brick. So, maybe it now hides some nasty secrets not meant for our eyes?

Image Source
He’s the chairman of Russia’s largest company & world’s biggest natural gas producer. That’s huge, isn’t it? But if this guy is so darn concerned about his safety, he could have gotten himself some President level security, why go all way to get his house’s location removed from Google maps itself?

Image Source
You can’t blame Google on this one. The dam helps run the Oconee Nuclear Station. You got that right folks. A NUCLEAR STATION.

6. Volkel Air Base, The Netherlands

Image Source
According to former Dutch Prime Minister Ruud Lubbers, the base bunkers house 22 US nuclear bombs, each with a yield four times that of the bombs used in Hiroshima and Nagasaki. And you thought that was some pretty abstract artwork by Google. LOL.

Suggested Read: 11 Sparkling Places That Appear To Be From Another World But Are Actually On Earth

Image Source
The blacked out rectangular area is in reality an extraterrestrial beacon, that fosters navigation and position-finding across our galaxy. Gives the creeps, doesn’t it?

Image Source
The Hungarian Oil Refinery requested Google to have their location removed, and all we’re now left with is an ugly patch of green that makes people go like, “WTF?”. Who knows what they’re trying to protect….or hide!

Image Source
Apparently, the owner of this house kept 3 women captive here for over 10 years. The house was demolished after they escaped, but Google still doesn’t want you to see it for God knows what reasons.

Image Source
Colonel Sanders, the guy who’s smiling face you get to see on the logo of your favourite fried chicken take-outs, was perhaps a little too concerned about his privacy.

Image Source
Well, again, this is a military site. In fact this is just one of the various military sites across Taiwan that the nation’s authorities had Google blur out on the maps.

Image Source
Almost the entire city is unavailable on Google Earth. When you zoom in on part of the city, they appear either blurred or pixelated. You can’t even say Google missed out on Valencia, as the city happens to be pretty huge to miss out on.

Image Source
This archipelago in the Russian Arctic region and is deprived of human existence and influence. What then, is the reason for its censorship, is a mystery.

Image Source
The ancient WWII military base on the island could be a good reason, but Google can at least sharpen out the boundaries of the islands if not show us what’s in them. It can’t simply be put off the map just because there’s not much going on in this area in terms of people….or is there?

Image Source
If you just happen to scroll over this region you’d probably never notice how expertly & slyly the switchyard of this power plant has been hidden. But if you stop and look closely you’d realise that the field of grass where the plant should have been, is actually a patch work that blends in perfectly. Great job, Google!

Image Source
The reasons for blurring out this city are unclear, more so when it is perfectly accessible when one switches to Street View.

Image Source
Now there can’t really be any mystery as to why an atomic energy site using uranium and plutonium oxides that had even been the centre of an explosion in 2011 has been censored off the maps, can there?

Image Source
Listed among the ‘Axis of Evil’, North Korea is one of the most feared nations in the world…and for the right reasons! Until February 2013, North Korea existed as a blurred blotch on Google maps, with just the capital city, Pyongyang, marked on it. Trust me, you wouldn’t wanna even visit this bloody country.

Image Source
Environmental concerns, danger of a radioactive leak, and the apprehension that it is too weak to be able to withstand a major earthquake, are some of the many reasons experts are quoting time and again in their desperate proposals to shut down this power plant. An issue this sensitive, is better off not being on Google map.

These are not all. There are various other places that Google Earth keeps hidden away in its Lair of Secret Places. Know of any more places? Share them in the comments below.

Further Read: 11 Secret Asian Destinations That Will Blow your Mind

7 Intoxicating Destinations To Escape With Your Crush