Italy Vs Spain: A Handy Guide You Need To Read Before You Hit The Road 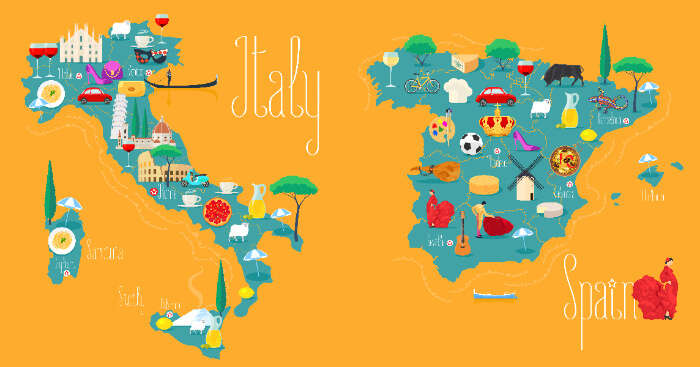 Just the thought of traveling to Europe makes my heart leap, but things become trickier when you have to choose between walking on the cobbled paths through narrow passages of Spain aimlessly and sipping local wine in the countryside of Italy that’s stretched before you like a large green quilt. While Spain offers a splendid view of sea waves lapping on the shore, Italy’s glaciers of Mont Blanc test your mettle, but it isn’t just about the vistas; it’s also about the budget, ease of travel, safety, climate etc. Your Italy Vs Spain decision may leave you perplexed, but this little guide can make things easier for you.

From culture, food, and landscapes, to budget, safety, and lifestyle, there are so many similarities that make your Italy vs Spain decision tough. Here’s a little guide to help you understand the similarities and differences between the two countries.

Generally, Italy’s weather is influenced by the Mediterranean, the Adriatic Sea, and the protective Alps surrounding the northern region. The northern region of the country, which is the area between the Alps and the Tuscan-Emilian Apennines, has harsh cold winter and hot and humid summer. The central region of Italy has a milder climate with little difference between summer and winter. In the southern region, winter isn’t harsh and spring and autumn seasons are similar to those reached in the summer in other areas of the country. The best seasons throughout Italy are spring and autumn when it is neither too hot nor too cold.

Since Spain is a big country with varying terrain and altitude, climate can be quite distinctive from one corner to another.  Spain’s weather changes from temperate in the northern region to dry and hot in the southern.  The coastal regions of the southern and eastern regions are ideal for visiting throughout the year due to the Mediterranean climate. Northern regions of Spain experience much colder climate, while the central part remains hot and dry. If you want to visit the best places in Spain, it is advisable to plan a vacation duringspring and fall.

10 Tourist Places In Italy That Are Sinfully Gorgeous

In Italian culture, the family holds the most important place in their lives. They have extended family and often have family gatherings to spend time with each other. Family life is the foundation of their culture. Italian people are more about food, families, and a happy, laid-back lifestyle.

Celebrations occur frequently in Italy gives enough time to families to spend quality time together. Some of the most popular festivals of Italy are Carnevale, Madonna Bruna festival, summer music festivals, Ferragosto etc.

Spanish culture is as diverse as its landscapes and climate. And just like the people of Italy, Spaniards also value their families. They are so friendly and nice to each other that they treat their neighbours like family. Spaniards like to go out to watch Flamenco quite often. It is considered a great art form and you can find Flamenco dancers and shows almost everywhere in the country. The siesta concept in Spain slows down the pace of life during the afternoon. Also, they take their nightlife seriously; it’s vibrant and lively.

Whether you are planning a trip to Italy or Spain, get ready to treat your taste buds. They offer are completely different cuisines but equally delicious.

In Italy, every person loves pizza, pasta, and good wine, and it won’t come as a surprise to you to learn that the nation is the world’s headquarter for these culinary experiences. Almost everything is made using fresh tomatoes, oregano, basil leaves, pesto, and parmesan cheese, and you just can’t get enough of it! And if you have a sweet tooth, you must try Torrone (a homemade nougat made using honey, sugar, egg white, and toasted nuts) and Tiramisu (a popular coffee-flavored Italian dessert made of ladyfingers dipped in coffee, layered with a whipped mixture of eggs, sugar, and mascarpone cheese, flavored with cocoa). Italian cooking is pure art and not everyone knows how to do it properly.

These Best Things To Do In Italy That Are Truly Exclusive

A peninsula in the Mediterranean Sea, Italy’s most prominent feature is its knee-high boot-like shape, which looks like it’s kicking the Sicily island. Most of Italy is mountains; the Dolomite mountains extending across northern Italy are part of the Alps. The Alps and the Dolomites in the north have glaciers, fertile valleys, and snowcapped peaks. In the foothills of these mountains, there are giant and spectacular lakes like Lake Como and Garda, while in the south, there are vast flat plains and rolling hills where grapes and olives grow. You see, when it comes to landscape, Italy has a lot to offer to those who are more into nature.

Spain’s diverse landscapes have always attracted tourists from all over the world. The Pyrenees and the Picos de Europa mountain ranges are as mesmerizing as any other mountain range on the continent. The incredibly gorgeous cliff’s of Spain’s Atlantic northwest are offset by the picturesque Mediterranean coves. And no matter where you go in Spain, there are quaint and insta-worthy villages huddle in valleys, settled on hilltops, and cling to coastal areas. Some of the most exciting things to do in Italy include Climbing a volcano in Sicily; making your own pasta at Culinary Institute of Bologna; driving along the Amalfi Coast Road; exploring the Roman chapels; going skiing in the Italian Alps; rent a farmhouse in Umbria and savour the delicious food and wine; go to the opera in La Scala; go to Naples and have the world’s best pizza, and DO NOT FORGET TO TAKE THAT SELFIE AT The Leaning Tower of Pisa!

Some of the most irresistible things to do in Spain include multiple visits to tapas, which is an essential part of life in Spain; exploring the Gaudi architecture in Barcelona and Madrid; going to watch a Flamenco show; watching a bullfight; trying paella, because when you are in Spain, it’s a must; and if you don’t mind shelling out some extra money, try the most delicious food at Girona’s El Celler de Can Roca, which has topped the list of World’s 50 Best Restaurants.

Honeymoon In Italy 2022: Full-Fledged Guide To Plan Your Romantic Voyage

Italy is the fifth most visited nation, and the number of tourists who visited it in 2017 is 48.6 million. Italy has been repeatedly praised for its friendly approach to tourists.

In 2017, Spain was crowned the world’s most tourist-friendly country. One George Orwell said, “I would be a foreigner in Spain than in most countries. How easy it is to make friends in Spain.” Need I say more? 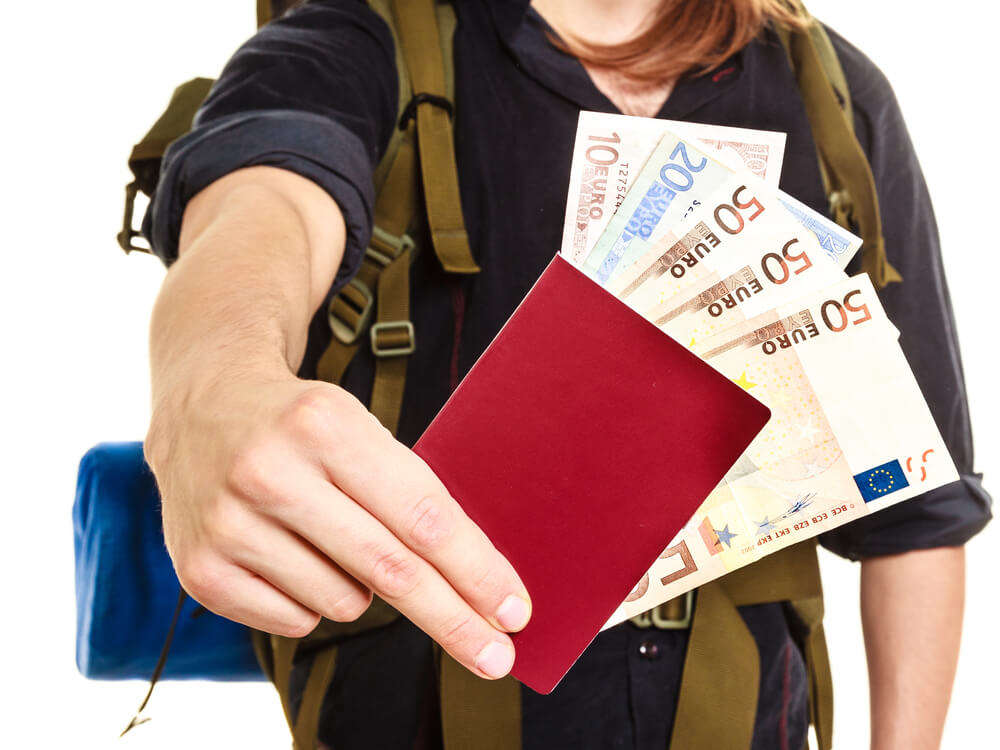 You can see that Spain is a bit cheaper than Italy when it comes to accommodation and food. Other than that, you can choose either Italy or Spain as both make beautiful budget-friendly destinations for your next Europe tour. 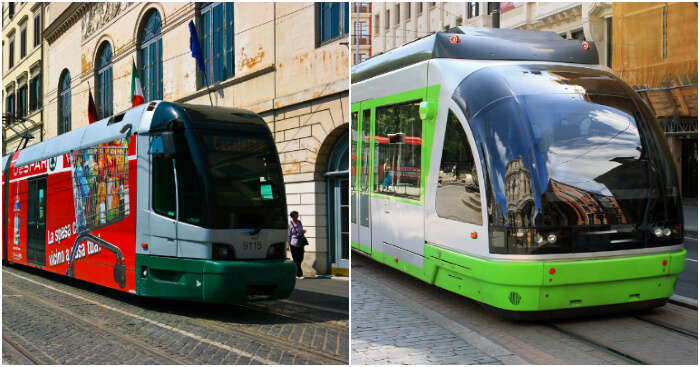 When it comes to getting around, both Italy and Spain are extremely tourist-friendly. You can find buses, trains, and metro, to take you from one place to another. Although prices are affordable, you can also get a monthly pass to get a little bit of discount. And in Europe, sometimes taking a flight is cheaper than travelling by Metro.

So, here are all the things that you needed to know about Italy and Spain. Now, it might be a bit easier for you to make Italy vs Spain decision. What are you waiting for? Get your bags & passports ready and plan your Europe tour with TravelTriangle for a hassle-free vacay!

Is Italy cheaper than Spain?

Although there is not much difference between Italy and Spain but you can find cheap places to eat and stay like hostels in Spain. Moreover, food is available at a convenient cost in Spain so it is the other way around, Spain is a bit cheaper than Italy.

Is Spain similar to Italy?

Spain is similar to Italy in several contexts like population, size, culture, and friendliness. So, if you are traveling from one country to another then you will not feel much difference and it will be like home.

Is Italy richer than Spain?

No, it is the other way round. Spain is richer than Italy because the former’s GDP outpaced the latter’s GDP in 2017.

Is Spain hotter than Italy?

The temperature in Spain is always a notch up than in Italy because it is closer to the sun which is why the degrees are always higher than Italy.

Brazil vs. Argentina Mauritius vs. Bali Phuket vs. Pattaya 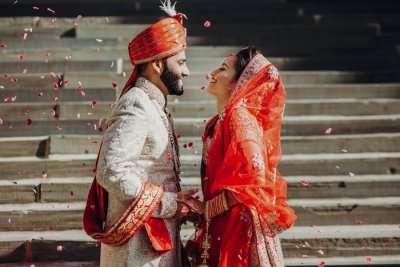 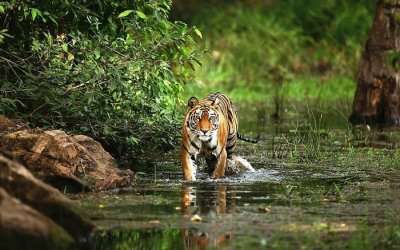