Japan’s Winter Lights Festival Is A LIT Event You Must Attend In 2018! 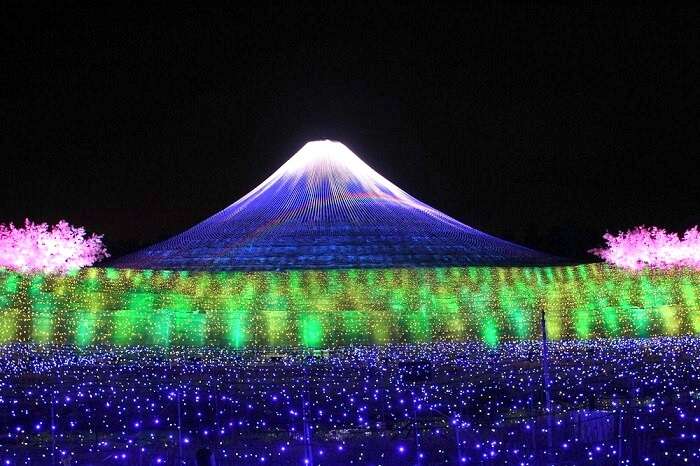 Everybody would have heard of the amazing natural phenomenon of ‘Northern Lights’ which can be spectated in polar countries like Sweden, Finland, and Alaska, when the night sky is completely lit by dazzling colors. Likewise, Japan hosts its own man-made Winter Lights Festival every year, starting from the month of October, and running till early spring, i.e. May.

These illumination festivals are the best things about winter in Japan as the country turns into a twinkling wonderland. Japan winter lights festival is not just a single celebration, but a collaboration of numerous events that are hosted in different parts of the country at different time intervals. Here are some of the most illustrious illumination events that are hosted in various parts of the country:

Suggested Read: This Tiny Japanese Island Is The Most Trending Travel Destination For 2018

Here Are Some Awe-Inspiring Pictures Of Popular Events:

Go on an awe-inspiring virtual journey to explore the best of these extravagant festival in Japan with these pictures.

Suggested Read: This Robot-Run Hotel In Japan Is Making Everyone’s Jaw Drop To The Floor

Even though traveling does not require reasons, we have still given you one, and we hope that it is strong enough to inspire the travel bug inside you. Book your next trip to Japan with TravelTriangle, do plan it in winters to experience the breathtaking Japan winter lights festivals that will add a spark to your vacation.

Jaisalmer Desert Festival: An Extensive Guide To The Desert Carnival In 2020

12 Amazing Festivals In Andhra Pradesh That No Traveler Would Want To Miss In 2020!

Velas Turtle Festival 2020: A Guide To Witness The Celebration Of Life Itself!

Christmas Celebration In Delhi 2020: 18 Best Places To Embrace The Festive Vibes In The Capital!