8 Spellbinding Lakes In Israel That Should Be On Your Itinerary 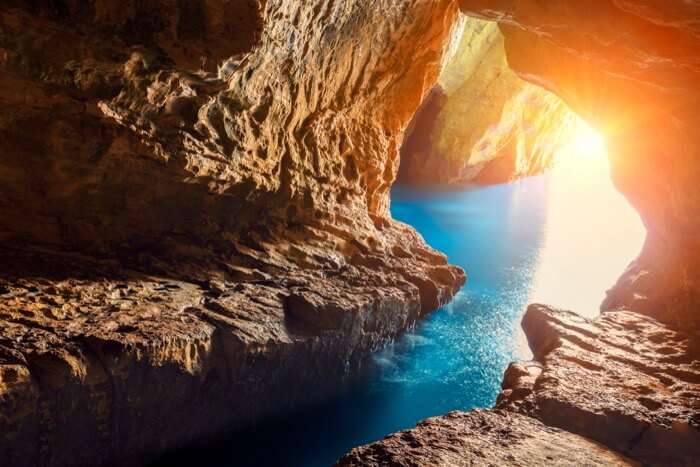 The desert land of Israel is extremely blessed with numerous water bodies. The unpredictable changes in Israel’s landscapes ranging from dense foliage to natural rock formations, canyons and desert are all a result of the water sources that surround the country. The natural springs in the valleys give rise to the main river Jordan and its tributaries that ultimately flow into the Sea of Galilee. Shallow depressions in the lowest point of the earth have given rise to extremities such as freshwater lakes to hypersaline sea in Israel. Here is a guide on a few lakes in Israel that are no less than a natural phenomenon.

The following list of lakes in Israel is bound to tempt one to visit them sooner or later. Scroll down and pick the ones you’d definitely want to explore with your special someone!

This inland body of water is located in the Galilee region of northern Israel. A basin filled with more than seventeen different natural springs in the Galilee valley has led to the formation of the Sea of Galilee. This freshwater lake spanning across 165 km has a major emphasis in the Holy Bible. It is also called as the Lake of Kinneret based on the name of a neighboring land believed to be the haven for the earliest known mankind.

The rocky beaches around this lake offer visitors a few water sports such as kayaking and kite surfing. Being the largest freshwater lake in Israel and one of the major seas of Israel, this reservoir is a major source of drinking water to Israel after the river Jordan. The areas around the lake are also quite popular for their nature reserves and hot springs.

Location: The Sea of Galilee is situated in the Jordan rift valley in Northern Israel.

Must Read: 12 Perfect Wedding Venues In Israel For Your Happily-Ever-After!

The Lake Hula is a reservoir formed in the marshy lands of Hula valley in the upper Galilee region of northern Israel. It was a major source of water to the agricultural lands around it which are now a part of the Hula Valley Nature Reserve. It is a freshwater lake and a major hotspot for more than 400 species of birds in Israel. One can always find the European migrating birds and mammals such as water buffaloes near the lake.

The nature reserve is open for public for a nominal entrance fee and visitors can rent a bike to explore it. The Hula valley is also a significant archeological site that hosts many museums and ancient ruins. One can even opt for a day hike in the Hula valley where one can come across some beautiful waterfalls such as Eshed Falls.

Location: The Hula lake is 7 km away from Yesod Hamaala junction near Kiryat Shmona.

Lake Ram or Birket Ram is a reservoir formed in an extinct volcanic crater. It is more of a pond than a lake formed due to the freshwater streams flowing down from Mount Hermon. It is a source of water to the neighboring areas. Situated in the Golan Heights, it makes a beautiful picnic spot in the spring with lots of apple and peach trees around.

The area around the lake is considered to be an archaeological site where possessions from the early bronze age have been excavated. However, there are quite a few activities to indulge in near the lake such as the bamboo park which is a camping site and the Nimrod fortress. One can even hike up to the Banias waterfall from here.

Located in the lowest point on earth in the Judean desert, one can find a basin of turquoise water teeming with high salt content. This hypersaline watering hole is called the Dead Sea which is a nature’s marvel. Naturally, mineral-rich mud found at the bed of the sea provides for a great therapeutic treatment to the skin. The sea is deficient of any form of life existence and the high saline content of the sea brings about the natural resilience to drown.

Water streams flow from the valleys and join the sea but there is no outlet for the water from the sea to flow elsewhere. The evaporation of the water in the dry humid heat of the desert leads to the formation of the visible rock salts that are found on the shores of the Dead Sea. Kalia beach is a popular tourist spot to experience this wonder of water. The sea basically has no use as a water body to country unlike other lakes in Israel.

It is an artificial lake created to harvest rainwater in the city of Rishon Letzion in Israel. It is located a few kilometers south of the capital of Israel, Tel Aviv; near a famous amusement park in the city. In recent years, migratory birds and water birds such as seagulls and hornbills have been spotted near the lake. Apart from these, a lot of trees and flowers have set their roots in the lake. A few museums and nature parks are in the vicinity of the lake area that can be explored by the visitors.

Not a conventional lake but a reservoir at that, the water tunnels were built during Roman times to guide the waters from the natural mountain springs to the cities around. The tunnel is 35 km long and is open for tourists for at least a few meters. Though it contains spring water, the water is muddy and unfit for drinking. Guided tours are available to take a look at the ancient canals and one has to wade through waist-high waters to explore the archeological site. It also goes by the name Mie Kedam (ancient water) and is a popular tourist site. A museum is constructed in the periphery to showcase the history and use of the water tunnels.

Agam Montfort Lake is partially man-made that sits in the middle of Galilee valley. It is situated in the middle of a garden and park that is open for public with no admission fee. The name comes from the ruined Crusader castle nearby. It is one of the most visited lakes in Israel by the locals. One can go for a boardwalk around the lake or go kayaking in the lake. Beautiful wooden bridges are erected to join the sides of the lake where one can admire the beauty of ducks swimming around. A children’s park and a skating rink are built adjacent to the lake in the gardens.

Rosh Hanikra Lake is situated in the western Galilee valley of Israel. It shares the coastline of one of the major seas in Israel – the mediterranean sea with Lebanon. Boat tours from the Achziv bay take one up to the Lebanese border. The alluring sea seems to have created limestone grottos and caves near the coast which makes it a tourist destination. Cable cars take visitors to the caves from the cliff where one can feast their eyes on the colors the clear waters have created in the grottos. A light and sound show plays every day in the grottos giving the visitors a chance to learn the history and formation of the beautiful Rosh Hanikra lake.

Location: It is a 10-minute ride up the road 8 away from Nahariya.

Further Read: 15 Scenic Israel Beaches That Flaunt The Best Of The Mediterranean

With so many natural wonders in this land of desert and rocks, these lakes in Israel provide a calming perception to the travelers. So, think no more, pack your bags, and book your trip with TravelTriangle today to encounter the hypersalinity of the Dead Sea, the cooling spring water of Galilee, and others from this list of Israel lakes.

Is it safe to swim in the Dead Sea once in Israel tour?

Yes, the Dead Sea water is of very high salinity. This feature will make anyone float easily on the waters. This is the best lake for those, who do not know how to swim too once in Israel tour?

Why are Dead Sea shores are white sandy in color?

They are natural salt formations on this lake water. You can find them throughout the year, as it is a natural process due to saltwater and high-temperature conditions in the summer.

What types of lakes are there in Israel?

Lakes in Israel are of ancient lakes or underground water tunnels, artificial lakes, natural lakes, spring water lakes, and volcanic crater lakes. These lakes are of freshwater and saltwater lakes.

Which is the best lake in Israel for bird watching?

The bird lovers must visit Hula Lake for bird watching once in Israel holidays. You can find many migrating White Cranes from Europe to Ethiopia during the autumn and spring season in Israel.

Are the Dead Sea and the Sea of Galilee seafront in Israel?

No, the Dead Sea and the Sea of Galilee are the largest natural lakes in Israel. It is named as sea due to its vastness, salinity of water and having shore fronts.

The Sea of Galilee borders with which immediate basin countries with Israel?

The Sea of Galilee has basins with Lebanon towards the west, Syria, and Jordan towards the east. This is a freshwater lake, which does serve drinking sources to all of these nations bordering this lake.

What are all the recreational activities once a do once in the lakes of Israel?

Pristine Lakes In Italy That Will Compel You To Visit Europe

10 Things To Do In Israel: Know Why It’s On Every Wanderer’s Bucket List