3 Historically Important Mosques In Colombo That You Should Visit 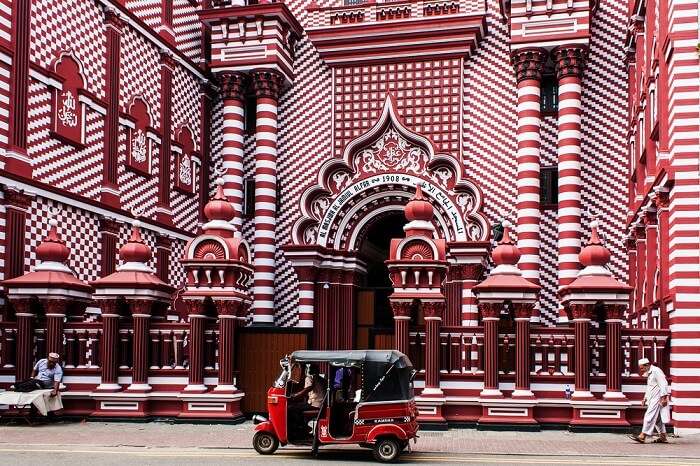 Sri Lanka is a land of many religions and ethnicities and Colombo is one place where you will see European touch along with the local culture. Colombo was ruled by Dutch, Portuguese, and British and you will find many buildings depicting the colonial architecture. The mosques in Colombo date older than these colonial buildings and have a rich history. While all these holy sites are religiously important for people in Colombo, some of these boasts of beautiful architecture. You have got to visit these mosques in Colombo to admire the beauty and architecture of these places. The serenity and peace that surrounds places of God are so soul-soothing. The surrounding areas near Colombo have a predominantly Muslim population. Even in Colombo, you will find a significant number of Muslims.

Here are some of the most prominent mosques in Colombo that are known for their beautiful architecture, grandeur, and rich history. 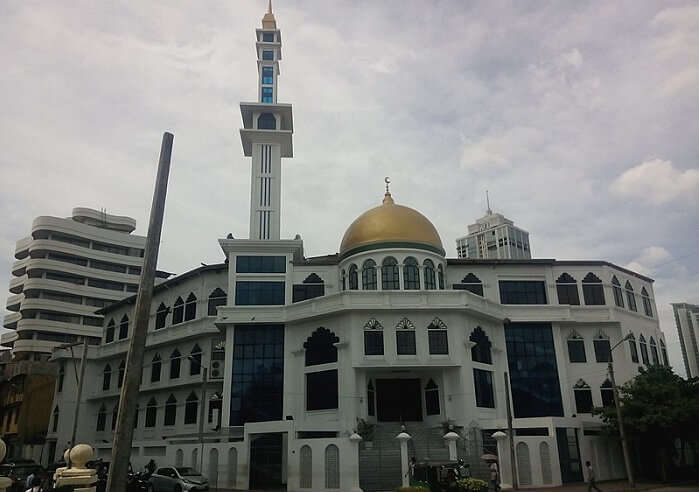 Image Source
The history of the Grand Mosque of Colombo Sri Lanka goes back to 500 years. It has been here since the time of Portuguese in Sri Lanka. The mosque was rebuilt after the city of Colombo was burnt down by King Bhuvanaikabahu of Kotte it was then built into a two-storey structure that was a first of its kind in Colombo. It could probably be the oldest mosque in Sri Lanka indicated by an old tombstone dating back to 948 AD that was found next to the mosque. When you visit this mosque in Colombo, you will see how grand the architecture of this mosque is aptly justifying its name. Even the first Muslim school in Sri Lanka lies right next to the mosque. 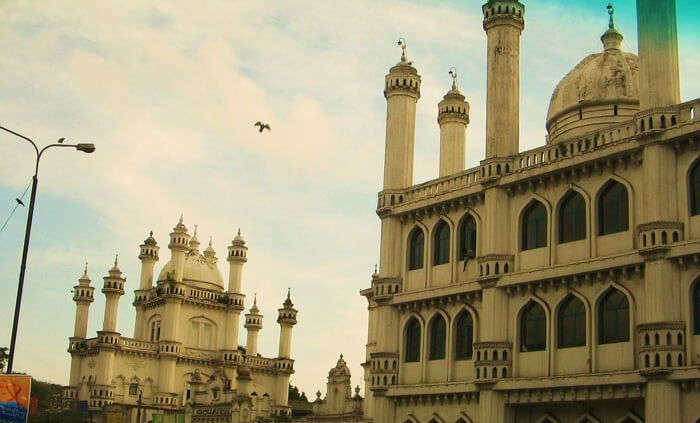 Image Source
Dawatagaha Jumma Masjid is one of the most prominent mosques in Colombo where people come to offer Friday prayers. The minaret-style architecture colored in white looks pleasing and beautiful. The history of the mosque is probably 200 years old. The contrast of its architecture to the buildings around is amazing. The mosque holds great importance in the hearts of Colombo Muslims. You will see hundreds of pigeons pecking on the ground of mosque. The whole site is photogenic and serene if you have an eye to observe.

The first thing that you will notice about the grand mosque of Jami Ul-Alfar is that of its candy-like red and white striped exterior. Designed and constructed by Habibu Labbe Saibu Labbe, Jami Ul-Alfar Mosque stands tall as a witness to the cultural gems of Sri Lanka, and as a perfect amalgamation of four unique styles of architecture – Indian, Gothic, Neo-classical, and Indo-Islamic architecture.

Timings: Saturday to Thursday – 9 am to 5 pm

These mosques in Colombo hold huge importance in the lives of people in Colombo. You should visit these mosques on your vacation in Sri Lanka to admire the architecture and the beauty of these holy sites. Pay your respects and seek the blessings of Allah during your visit to these places. Make sure you are dressed properly and don’t offend the sentiments of the locals in Colombo.