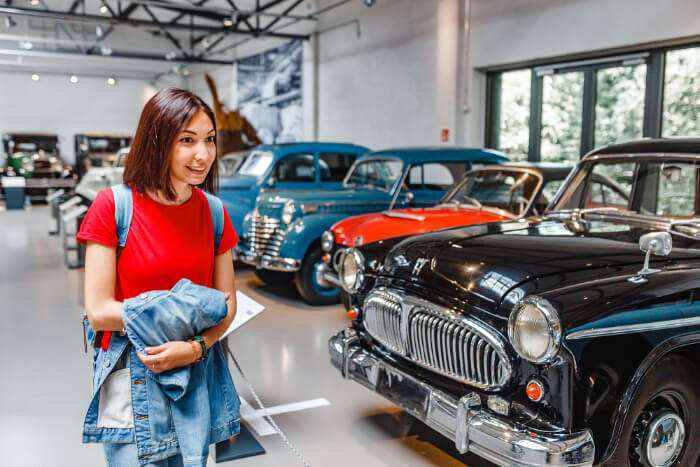 Bratislava is home to many museums which speaks of the history as well as the rich culture of the country. The intriguing museums in Bratislava holds many artifacts from different centuries of the history of Slovak. While visiting the museums in Bratislava, one can get the chance to explore the historical background of the country of Slovakia. You can get to know about the life of the people of Slovak in the prehistoric times and the gradual development.

To be precise with numbers, Bratislava has 30 different museums and galleries that will offer you information on both the history as well as art & culture of the region. To make it convenient for you, here’s a list of 10 best museums in Bratislava that you should definitely visit on your Europe trip.

Bratislava has a number of museums and you will never run out of one on your trip to this capital city of Slovak. Nonetheless, here we have a list of 10 Bratislava Museums, which you cannot miss out on. Take a look.

The Bratislava City Museum is home to many artifacts dating back to the 18th century. Visiting the museum, you can see many craftsmen guild’s detailed artworks along with several historical artifacts. If you look around the museum, you will also see many colorful and exquisite original paintings, adorning the walls of the museum. The museum is situated in the Old Town Hall and you can climb the top of the museums tower to get a stunning view of the Bratislava Central Square.

The Slovak National gallery in Bratislava, showcases the art and culture of the country. There are many Slovak National Gallery chains in Bratislava and there are galleries in four major cities of the country. When you visit the gallery, you will see a vast collection of art, some of them dating back to hundreds of years ago. There are many religious art forms from 14th through the 18th century showcased in the museum. Additionally, there are many temporary exhibitions hosted by the gallery that features wide range of arts starting from traditional to contemporary graphic Slovak arts and architecture.

This museum is located 15 kms south of the city of Bratislava and visitors are carried by a boat to the museum. Arriving at the museum, you can expect to invest a couple of hours admiring the artworks of several Slovakian and foreign artists. The museum started out in 2000 and is one of the newest museums of modern art in the world. From paintings to sculptures to photography, you can find it all in Danubiana museum.

Slovak National Museum is the largest museum in the Slovak Republic. The museum building itself is quite remarkable and has a classical look to it. The museum features many temporary exhibitions featuring the traditional culture of the Czech and Slovak people from the past century. There are photographic displays of historic sights and landscapes of Slovakia in the historic time. There are also many permanent display of natural Slovak history and music. Apart from these, you can also catch on a collection of many animals, birds and insects including the mammoth. The museum showcases the medieval culture of the Slovak region in a very beautiful way.

Museum of Jewish Culture is the last remaining evidence of the Jewish neighborhood in Slovakia that were completely razed during the 1960s. This Baroque styled mansion was restored in the 19th century and it is a permanent exhibition spot. This museum is a part of the Slovak Jewish Heritage Route. The key artifacts of the museum are two Chevra Kadisha jugs from the town of Senica. These jugs belonged to the burial brotherhood that provided funerals in the traditional Jewish community and dates back to early 18th century.

The St. Michael’s Gate is one of the oldest surviving ancient entrance to the city of Bratislava. The St, Michael’s tower was originally built during the 13th century and in the present day, the tower marks the entrance to the Old Towel and houses a Museum of Arts. There are many medieval weapons kept on display. Visiting the museum, you can spot many swords, cannon balls and coat of arms. You can also climb the top of the tower, which gives you extensive views of the historic Old Town.

This is another of the many different museums in Bratislava. If you are a wine lover, you’ll definitely love this museum. The museum of viticulture in Apponyi house tells everything about the history of wine production in Bratislava. You can learn how grapes have been grown and harvested and then harvested in the cellars of Bratislava for the past centuries. You are also allowed to visit the underground wine cellars and get a good look at the different types of locally brewed wine and do a little tasting of your own.

This is another very interesting museum in the city of Bratislava. The museum is located right next to the Bratislava railway station and very easily accessible. The museum has a large collection of cars. The current location where the museum stands was also a part of the city’s first steam engine station. The museum showcases a selection of locomotives among which the Skoda steam engine is a highlight. You can also spot a Soviet-built ZIL 115 Limousine. There is a 1937 Praga Golden, a Skoda 130 RS, a rare
Tatra 613K cabriolet and many more. If you are an automobile enthusiast, you should definitely visit the Transport Museum in Bratislava.

This museum is actually a middle class house that belonged to a world renowned sculptor, Arthur Fleischmann, who was born in Bratislava. Throughout the museum tour you will get to admire the magnificent works of this sculptor. The works range in different styles from classic sculptures to modern art and his artworks were mainly inspired by his constant travelling around the globe. The museum is accessible easily and although you can relish the works of the famous sculptor, it is not allowed to click pictures within the museum. There is also a souvenir shop within the museum premises, the oldest shop in the town.

Museum of Trade is of the newest museum in the city’s museum collection. The museum started to be put together approximately 25 years ago and in the present day, there are over 61000 artifacts showcased in the museum. This museum depicts the history of trade in Slovakia vividly. Here, you can see all sorts of trade-related articles like fancy jars for fine goods, scales, weights, advertising slogans and inscriptions, banners, labels and everything trade related. Soon there will be a fully functional mini-brewery to be added to the building.

Further Read: 12 Restaurants In Slovakia That Will Make Your Vacation Flavorsome

Bratislava boasts of some of the best museums in Slovakia and this list of 10 best museums in Bratislava should definitely compel you to visit here on your trip to Europe. Come hear for an unforgettable food tour experience.