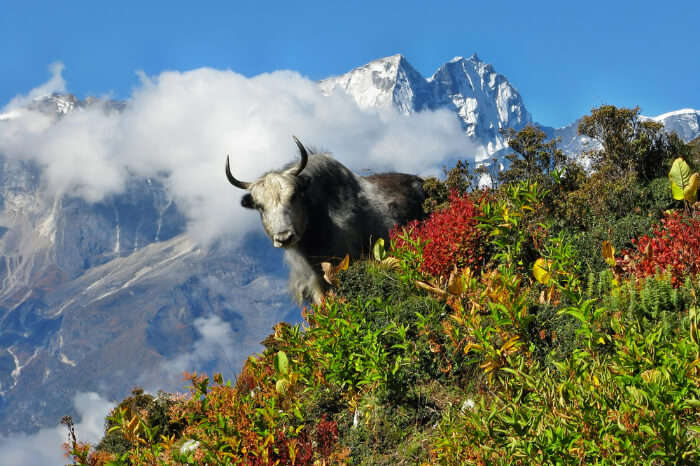 In 2014, the Great Himalayan National Park received the status of being a UNESCO World Heritage Site for its wonderful contribution towards biodiversity conservation. About 10,000 plant species are found here, including herbs that have medicinal value. The national park is also home to a huge fauna including 31 mammal species, 209 bird species, and many other amphibians, reptiles, and insects. Species which are found here are like Greater Blue Sheep, Indian Pika, Rhesus monkey, Himalayan black bear, Himalayan brown bear, Red fox, Mongoose, Rufous-gorgeted flycatcher, Plum-headed Parakeet, Black-chinned babbler, Crimson Sunbird, and Grey-hooded warbler. It is also one of the most popular national parks of Himachal Pradesh. They can also make for some of the best trails for trekking in Himachal Pradesh.

Must Read: Himachal Pradesh In May: Top 10 Places To Escape The Busy City Life In Summer

Inderkilla National Park in Himachal Pradesh was established in 2010. It is spread across an area of 104 square kilometres (40 square miles). The national park is located in the Kullu district and 46.1 kilometres away from the Kullu Manali Airport. Located in the Himalayan region, the Inderkilla National Park preserves a wide variety of flora and fauna.

The densely forested and hilly terrain of these national parks in Himachal Pradesh is home to many rare and endangered plant, animal, bird and insect species. A trail through the Inderkilla National Park will provide you with the chance of spotting these animals in their natural habitat. You would also find plants that have rich medicinal value. This is one of the least explored national parks in Himachal Pradesh.

Khirganga National Park is located 50.5 kilometres away from the Kullu Manali Airport in Kullu, Himachal Pradesh. The national park is situated at a height of around 5,500 meters and is spread across an area of about 710 square kilometres (270 square miles) of the Parvati Watershed. Khirganga National Park was established in the year 2010. Being one of the best places to visit in Himachal Pradesh, this is a must-add to your itinerary.

The park shares a boundary to the North of the Great Himalayan National Park and was going to be merged with it to make the supervision easier. It protects a wide biological diversity. You can combine your visit to this national park with your Kheerganga trek. The best time to visit this place is either April to June or between September to November. October is a month that has pleasant weather and does not see much of a crowd. Species like wild bears are found here. It is also one of the most visited national parks of Himachal Pradesh.

The park has been preserved in its natural form by the Himachal Pradesh Travel and Tourism department. The perennial stream in the valley also comes within the boundary of the national park. Simbalbara National Park features thick Sal forests with grassy undergrowth. The best time to visit these national parks in Himachal Pradesh is in the months of October and November. You can also enjoy walking trails through the nearby forested area. Species like are Goral, Sambhar, Spotted Deer, Chittal, Himalayan black bear, Hanuman langurs, Indian muntjacs are found here.

How many wildlife sanctuaries are there in Himachal Pradesh?

There are a total of 32 wildlife sanctuaries in Himachal Pradesh. The state is one of the most biodiverse regions in India and boasts great terrains that are popular for trekking and hiking activities.

How many rivers are there in Himachal Pradesh?

Himachal Pradesh is home to mainly five rivers namely Ravi, Chenab, Satluj, Beas, and Yamuna. It is also one of the most popular destinations to visit for white water rafting.

India is home to approximately 166 national parks that houses an extensive variety of flora and fauna. They are also some of the most visited destinations during travel and has recently received traction for their adventurous and wildlife vibes.

Inderkilla national park is famous for which animal?

Inderkilla National Park which is located in Himachal Pradesh is well-known for being a habitat for the most magnificent species of animals i.e. the Tigers.

What is the best time to visit the national parks in Himachal Pradesh?

The best time to visit any of the national parks in Himachal Pradesh is between March and September when the weather is pleasant and you can enjoy safaris and long walks inside these parks.

These Cafes In Shimla Are A Heavenly Pit Stop For Food Loving Travelers!

Romance In The Hills: 15 Best Honeymoon Destinations In Himachal Pradesh In 2022

Top 12 Waterfalls In Himachal Pradesh That Treat Your Eyes To The Best Sights Ever!