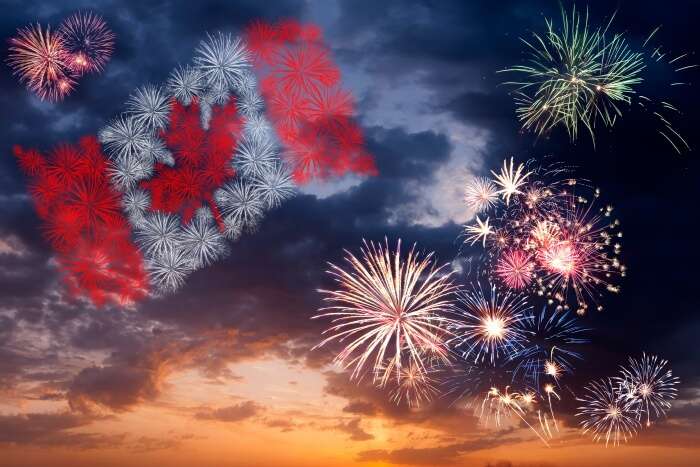 Canada is a country located in the northern part of North America. It is by far the largest country in North America and the second largest country in the world in terms of its land area. Canada is a developed country and it has a ranking of ten in the Human Development Index. Canada is also a part of several national and international governmental organizations and hence plays a major role in the world economy and development. With a population of nearly 35 million, Canada is a country which is sparsely populated. The majority of the land of Canada is covered with forest and tundra and 80 percent of the inhabitants live in the cities concentrated in the southern borders. The population of this country is highly urbanized with a considerably high state of living. The climatic conditions of Canada vary from arctic weather in the north to hot summer weather in the southern part.

Now, Canada being a developed country has always welcomed all kinds of races and religion. As a result of which Canada is a place which has a diverse mixture of cultural influence from all over the world. It encourages diversity but with grace. Being one of the wealthiest countries in the world, Canada is also a very safe country to be in and thus a major tourist destination. And when New Year is around the corner it becomes a hub of travelers who come to indulge themselves in the delightful celebration of the New Year.

The New Year celebrations are one the major attractions for tourists when they come to this place. Some people specially come here during the end of the year to end this year with a bang and celebrate the New Year with the spectacular view of fireworks and glorious celebration. There are a plenty of things one can do to make their new year a sweet memory when they are in Canada. The whole country is decorated with love. So many night shows and concerts are organized on the eve of the last day of the year to welcome the new beginnings. There are so many place you can visit to give your new year a delightful start.

Here is a list of few things to do when you are planning to celebrate your new year in Canada.

The Niagara Fall New Year events are not only popular in Canada but all over the world. The place shelters approx 50 thousand people every year on the New Year’s Eve. The event hosted here is full of enthusiastic people keeping their hands wide open to welcome the New Year. The award winning performances by some the world famous bands are just a small part of the grand evening celebration. To add to its glory are the awe striking light works on the world’s most famous waterfalls is delight to watch. The light show on the Niagara Falls is something that you just can’t afford to miss. To catch the most exquisite beauty of the waterfall at night, the best place to go is Skylon Tower. The spectacular grand finale fireworks are something you will never forget.

Must Read: 11 Cafes In Canada: The Best Spots To Hangout With Your Folks!

Has catching the northern lights been on your bucket list from the longest time? Say no more. If you are a lover of the stars and the flashy night skies then Whitehorse, Yukon is the place you have got to visit on the eve of New Year. Here you can catch spectacular view of the aurora borealis make this new beginning an unforgettable one! And the benefit is that December to January is the best time to see this magical light show of the nature. Also make this night more fun by heading over to Shipyard Park where you can do skating, swimming, sledging, painting and various others activates.

Quebec becomes one of the most favourite tourist attraction places during this time of the year. This city becomes so charming and the ambience if full of charm and enthusiasm. The whole city is illuminated with fancy colourful lights and decorated with alluring picturesque views. The vibes of the city is so magical and is one the best ways to start you New Year. There are so many things in store for the visitors. They can enjoy shopping, snow tubing, skiing or simple or simply enjoy the rich art and history of this city. At night the restaurants and café are decorated on the theme of New Year. So many events are organized with electric band performances in the concerts.

And there is a major outdoor celebration of the New Year even at Grande Allee. Here you can enjoy and dance on the live music and also blend in with the locals.

Suggested Read: 10 Popular Adventure Places In Canada That Are A Crime To Miss On Your Vacay

No place celebrates New Year eve like Montreal does! From live band performances to crazy dances to delightful food delicacies, Montreal has it all that one could ask for on a new year’s eve. There is a world famous party spot in Montreal which is L’Olympia de Montreal. Thousands of people gather here every year to sink in to the vibrant atmosphere of this place. This place has also got some posh clubs like Rounge Nightclub and La boom which will make the end of the year a night to remember.

Yellowknife is a small city located in the middle of the vast and desolated Boreal forest. There is not much population here. But it is a great place for all the explorers and the adventure seekers. This place provides with you with a variety of adventurous sports activities to indulge into. You can go for skating across the frozen lakes or cross country skiing. Snowmobiling is another wonderful option of all the adventure seekers. In addition to that this is another sightseeing place for the aurora borealis. Also there are so many places which host outdoor parties and events are very much happening and enjoyable.

Suggested Read: 10 Safaris In Canada That The Thrill Seeker In You Would Fall In Love With!

During the time new year, Vancouver becomes more of a hive of activity. If you wish to shower in the festival of lights then make you way to the VanDusen Botanical Garden. Vancouver is such an amazing place to visit during the festive seasons that it has been ranked under the top ten most lively cities in the world. One of the most popular events happen in the Canada Palace, downtown, Vancouver where the new year starts with spectacular fireworks followed by good music, delicious food and dancing the night away.

This city is so warm and welcoming. Tourists love to come here. The ambience of this city is bustling. This city has a lot to offer during the New Year time. From Celtic music to ice sculpt, live music to scotch taste everything has a beauty of its own. And you have got t have a taste of them all.

Suggested Read: Explore Canada Travel-Land Of Maple Leaf On Your Next Trip

This is yet another beautiful city which is bustling all the time. The liveliness of this place is what attracts tourists the most. This place has an Olympic Park. During the time of New Year, this place is decorated like it was a work of art. The decorations reflect the cultural mix of influence that Canada is immensely proud of! You can have a fun time here with your friends and family. The music and food delicacies bind the atmosphere of this place in such a way that you would never want it to end. Some of the recommended places to make your new year more enjoyable are the Calgary Tower or the Central Library. The firework on the roof of these towers is the highlights of the city and is a treat to watch.

This place has got so many places where the celebration of the New Year eve takes place. Banff’s dancing Sasquatch is the ultimate hub of all the party events that are being held in the city. Fairmont Banff spring is another famous party spot to enjoy your eve with you loved ones.

Suggested Read: 6 Extravagant Halloween Parties In Canada One Must Attend To Get The Chills And Thrills!

The city has got so many places where the events are held. The most famous among them all is ‘The Forks’. This place has nearly thirty thousand visitors every year during this time. The beautiful firework is the major attraction of this place. Some of the famous events held in this place are Top Hats and Tiaras and Resolution NYE Gala.

Canada is one the most favourite tourist destinations among people and for all the right reasons. It becomes even more crowded when New Year is around the corner. So, if you are someone who is looking for a grand start to the year ahead, then hurry up and plan your trip to Canada. The experiences you will get here will be unforgettable and will remain with you for a/ lifetime.

14 Invigorating Picnic Spots Near Jaipur To Visit In 2021

The Fun-Tastic Five Water Parks In Gurgaon To Get Rid Of The Summer Sun!