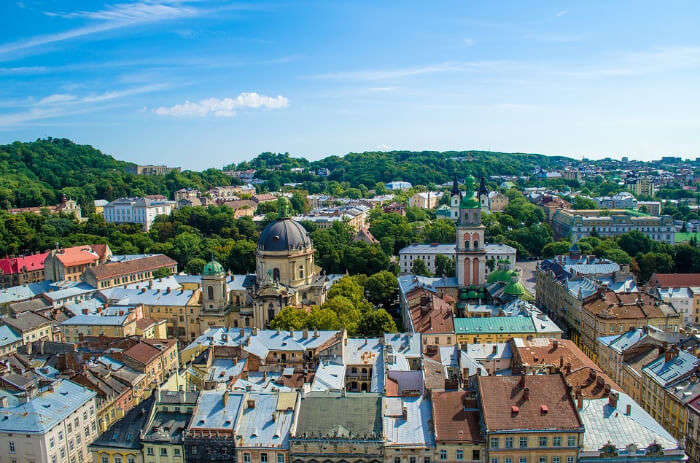 Located on the Eastern side of Europe, Ukraine is a large country with a rich history and culture. It is popular for its ancient Orthodox churches, the beautiful coastline of the Black Sea, and densely forested mountainscapes. Kyiv, the capital of Ukraine is the cultural, industrial, scientific and educational center of Eastern Europe. It is known for its 11th-century St. Sophia’s Cathedral that features a golden dome and interiors with mosaics and frescoes. Another major attraction in Kyiv is the Kyiv Pechersk Lavra monastery complex. Overlooking the serene Dnieper River, this Christian pilgrimage site preserves Scythian tomb relics and catacombs that hold mummified Orthodox monks. Apart from these, there are many other highly interesting places to visit in Ukraine.

12 Places To Visit In Ukraine

Make your vacation in Ukraine more exciting by visiting these places to visit in Ukraine: 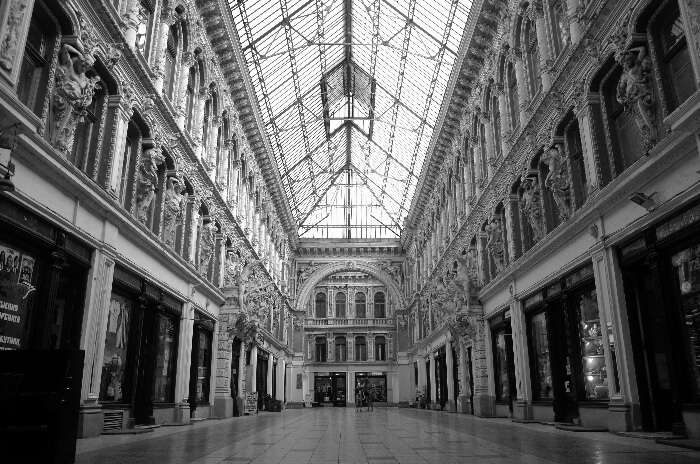 The third largest city in Ukraine, Odesa is a seaport that rests on the shores of the mythical Black Sea. Now an important trade city, visitors gravitate to Odessa for the sandy beaches, clement weather, and sparkling waters, particularly Lanzheron Beach, a perfect place for sun worshippers. Odesa also referred to as the ‘Pearl of the Black Sea’, maybe a large city but its construction gives it an intimate feel, with labyrinthine lanes to navigate as well as nooks and crannies to explore, ending in secluded squares and delightful houses painted in mellow pastel shades. The city’s big claim to fame is the mighty stairway that leads from the centre of town to the beachfront, and there are also leafy parks like the City Gardens to enjoy, as well as a bit of culture in the form of the Odessa Opera House and the numerous theatres in the city.

Must Read: Ukrainian Food: 12 Popular Mouthwatering Dishes You Must Try 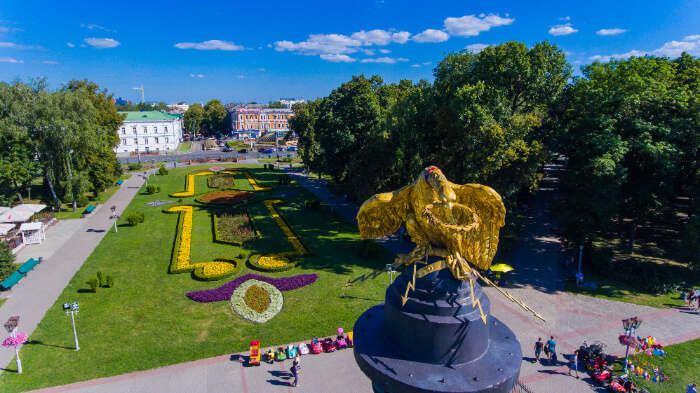 Poltava is a gem for Ukraine tourism and sits of the Vorskala River. It is a city with deep military history due to a legendary battle in the 18th century between the Cossacks and the Russian Tsar Peter I, and with that in mind come to this city to view the military relics that still remain. These include the Column of Glory, October Park, and the preserved area of the Poltava Battlefield. Poltava is also known for its museums, several of which are dedicated to military history, as well as its main cathedral, the Assumption Cathedral, with its striking belfry. Once the place of such a pivotal moment in history, Poltava is now a relaxed and serene cultural city, with orchestras, theatres, and museums plenty.

Found on the Khorol River, Myrhorod is essentially a sleepy spa town that became famous due to the mineral properties found in its underground springs. The slightly salty water can be drunk to improve digestive issues, or there are a number of spots where visitors can bathe. If you prefer not to swim then you can take a boat or pedalo out of the Khorol River, and there are a number of quirky features for visitors to Myrhorod to seek out, such as a towering illuminated windmill and a musical water fountain. The woodlands found in the city are also rather famous, and for the full romantic experience, you can take a horse-drawn carriage ride through the lush landscape. No one must miss this place on their Ukraine holidays. 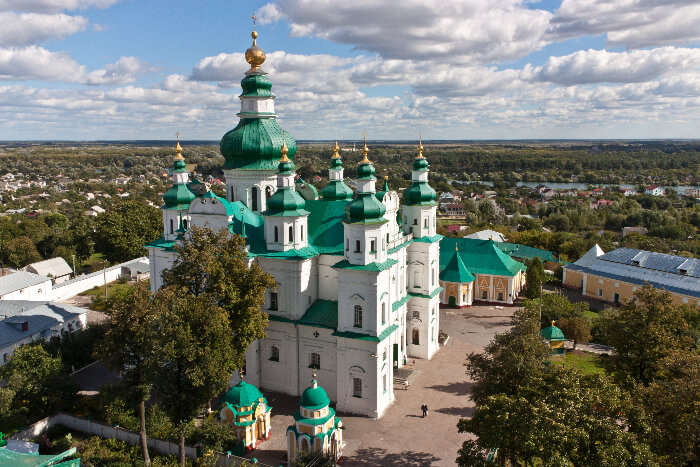 This is one of the most beautiful Ukraine destinations. Sitting neatly on the banks of the Desna River, Chernihiv is often referred to as one of the most ancient cities in all of Ukraine, apparently dating back from the 7th century, making a visit here feel rather like a trip back in time. It is also home to some of the most beautiful buildings in the country, including Catherine’s Church which instantly recognizable due to its golden cupolas. Other religious buildings of note are Pyatnytska Church that sits in the city’s Red Square, the perfect spot for a lazy afternoon stroll around the town center. 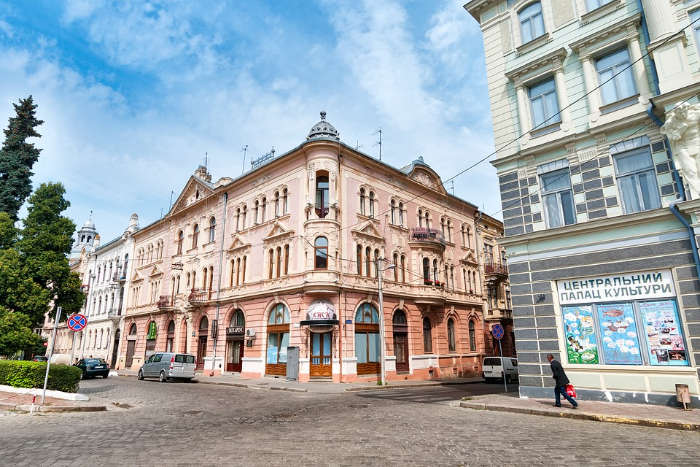 The city of Chernivtsi that lies at the base of the Carpathian Mountains is most famous for its designated UNESCO World Heritage Site of the former complex of the high priests that is now home to the National University and was constructed in the Byzantine and Romanesque styles. The architecture of Chernivtsi is said to be similar to that of Vienna, leading to the name ‘Little Vienna’ to describe parts of the city, and many locals point to the relaxed nature of the city which has a strong cafe culture, as well as a range of notable bookshops and bookstalls that are said to reflect the intellectual and poetic atmosphere found here, which makes it one of the most amazing places to visit in Ukraine.

Suggested Read: 14 Essential Europe Travel Tips For The First-Timers Taking A Euro-cation In 2022! 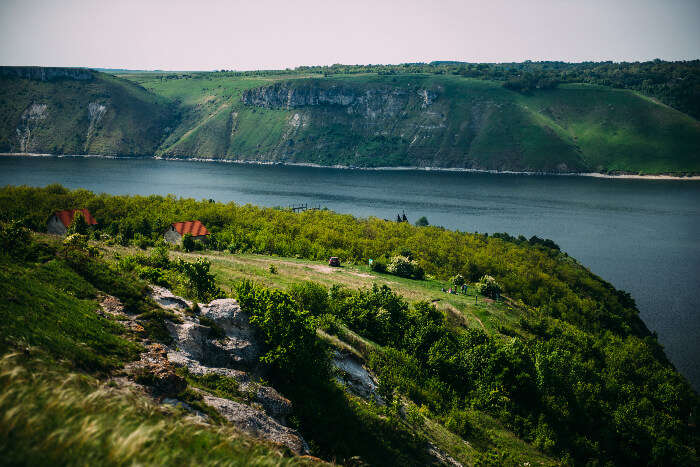 The village of Bakota in the Podillia Region is home to the famous cave monastery built by Orthodox monks headed by Saint Anthony of Kyiv. The monastery in the underground caves dates from the 12th century and visitors can view well-preserved frescoes and paintings as well as remains of some of the monks who lived in the caves. In the present day, Bakota is now part of the National Environmental Park due to its rural location and features craggy hills on the shores of the picturesque Dniester River. Visitors can ramble in the region and explore the settlement on foot to take in the splendid local flora and fauna on display. 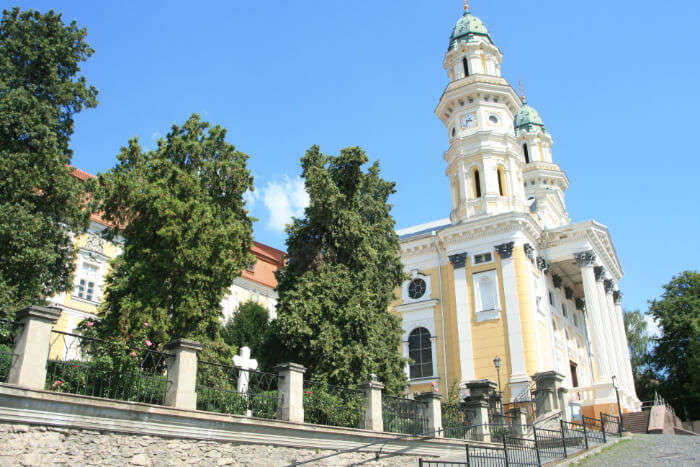 Uzhhorod, on the border with Slovakia and near the border with Hungary, is a vibrant and diverse town with a sizeable Hungarian and Romanian population that gives it a cosmopolitan feel that has helped to bolster its claim to fame as a premium tourist attraction in Ukraine. Come here for the stunning Uzhhorod Castle that dates from the 9th century, as well as the Greek-Catholic Cathedral from the 17th century. If you want to try some of the local staples then you can explore the city’s famous wine cellars, or try the delicacy bogrács, a kind of goulash originating from neighboring Hungary.

Suggested Read: 20 Best National Parks In Europe For A Rich Biodiversity And Mesmerising Views In 2022 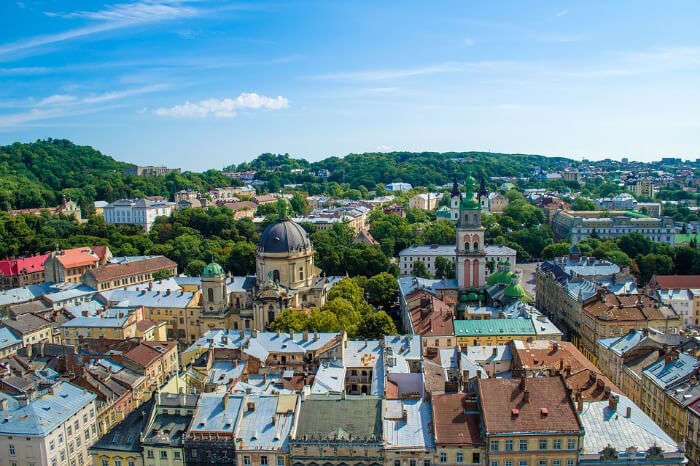 Lviv, the largest city in western Ukraine, is now a UNESCO World Heritage Site. The centre of the city is wealth of monuments and historic architecture which dates back to the 13th century. Besides being a historical hub, the city is famous for being a favourite place for art lovers. There is this famous Lviv National Art Gallery that houses more than 50,000 works includes sculptures, paintings and art installations. The civilized streets also hosts performing art venues wherein classically trained performers showcase their talent. 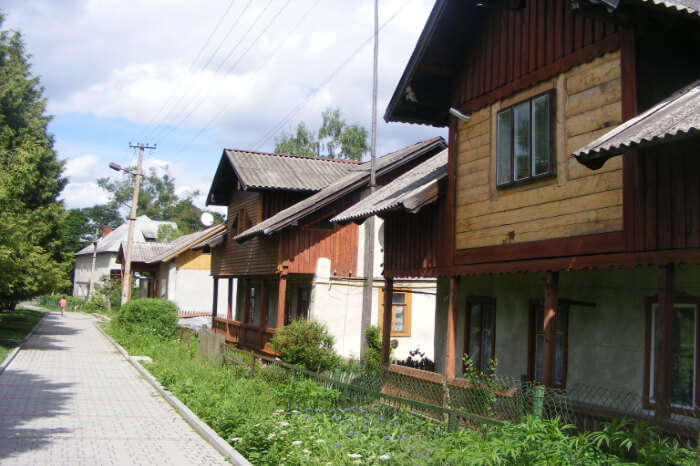 Slavske, popularly known as a ski resort, is one of the best places to visit in Ukraine.Slavske has something to offer for all kinds of visitors. If you love the snow, head to this place between November to March as there are a lot of activities for skiers to enjoy such as ski lifts or slopes. If you are planning to visit in the summer months, fret not as there are lots of other activities to enjoy in Slavske. You can choose berry and mushroom picking in the fertile lands or go for fishing in the surrounding lakes. If you are an experience seeker, there is horse riding and mountain biking excursions for you to explore. 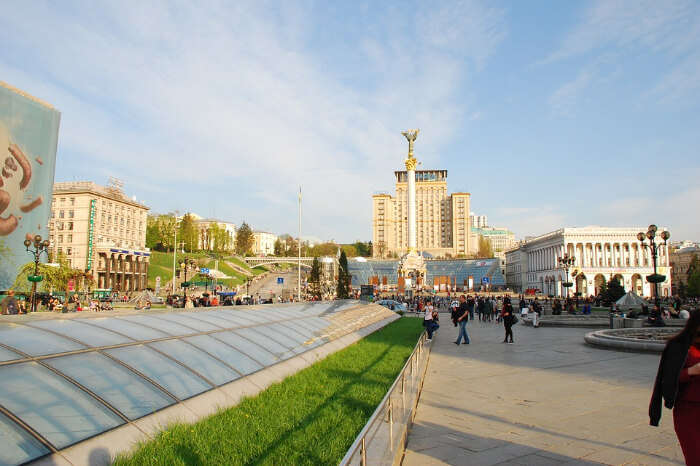 Kyiv, the capital city of Ukraine and the most populous is among the interesting places to visit in Ukraine. There are numerous reasons for tourists to visit Kyiv, from the amazing architecture to the local history and culture. There are a range of museums and smaller theatres like the famous Puppet Theatre which attracts crowd all year around. The city also features perfect places for strolling around and beautiful street art by talented artists. 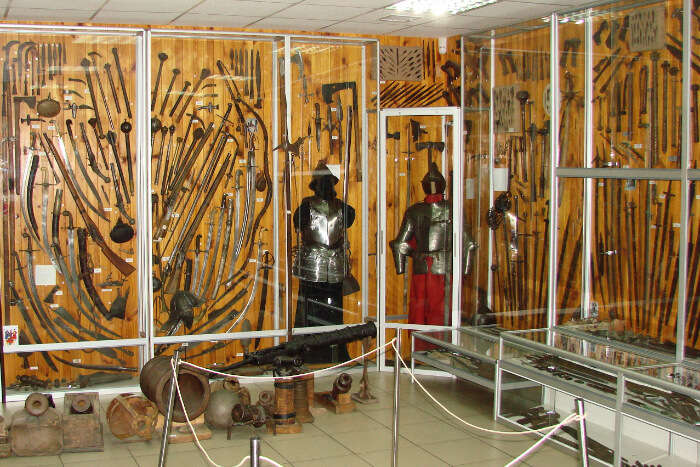 Located on the banks of the Dnieper River, Zaporizhia has a captivating history. The city is famous for its charming islands including the prominent island of Khortytsia. The island offers a number of water activities like swimming and boating. You can relax as well on the small sandy beaches. The island is also home to a military museum featuring weaponry and period reconstructions of famous battles. It is actually a natural park attracting visitors year round.

Suggested Read: 6 Restaurants In Lviv For A Traditional Ukranian Meal With A Modern Twist 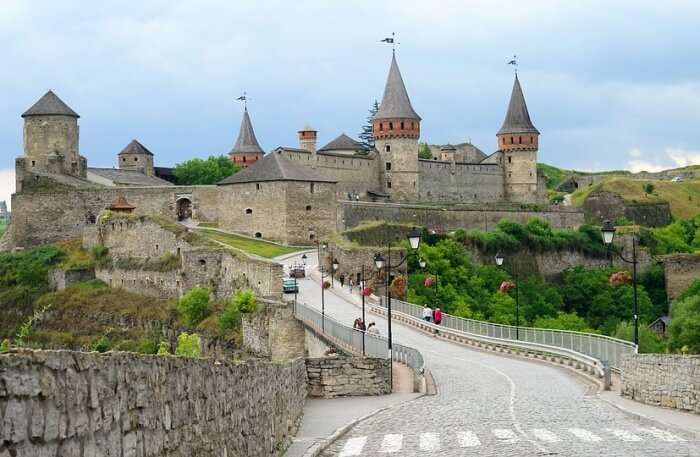 Kamianets is well-known for its cosy old town vibes. This small town in the western part of the country is worth exploring as it provides the most splendid fortresses in eastern Europe. Podolsky castle, Smotrych river Canyon, Museum of miniatures are some of the top attractions in the town. Apart from this, the famous festival of hot-air balloons which is held in April attracts tourists from all over the globe.

Are you excited to visit all the above-listed places to visit in Ukraine? If yes, plan a trip to Europe and head to Ukraine right away and head out on an adventure exploration of the intriguing history of the country. Also, enjoy some of the most enchanting views.