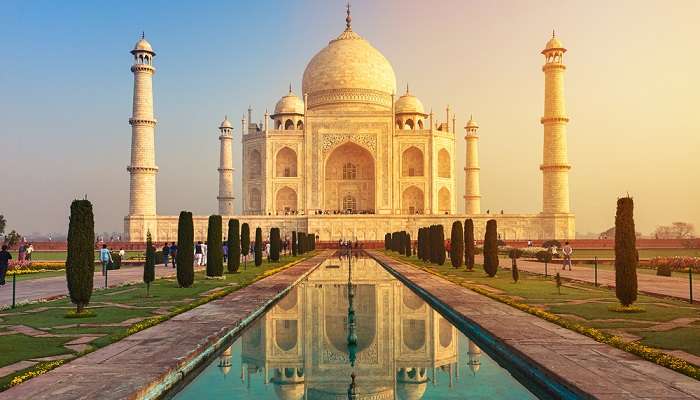 Lying in the north-central part of India, Uttar Pradesh basks in its glorious cultural heritage that can be witnessed in its monuments, museums, palaces, and other historical edifices. For history buffs, pilgrims, as well as nature lovers, there are various places to visit in Uttar Pradesh. While being the origin of India’s famous classical dance, ‘Kathak’ and home to one of the world’s seven wonders, the ‘Taj Mahal’, Uttar Pradesh gained its reputation with numerous such factors. Be it the extravagant Nawabi style of Lucknow, the legacy of the Mughal Empire in Agra, or the sanctity of Varanasi & Mathura, every city has got something to treat its visitors. Not to forget the handicrafts and famous kebabs that captivates travellers from far and wide. So, be ready to find out the speciality of each prime tourist destination of Uttar Pradesh and plan a vacation with your loved ones. 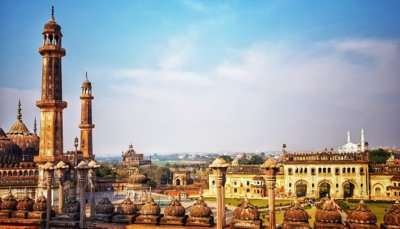 Nestled on the banks of river Gomti, Lucknow is the capital and the largest city of Uttar Pradesh. Famed for its history, culture, and architecture, the place attracts millions of vacationers every year. The city is divided into two parts by centrally-located Rumi Darwaza that is a Mughal Gateway. The old Lucknow welcomes you with bustling streets, Mughlai delicacies eateries, and numerous outlets where you can find Chickankari clothes. When it comes to New Lucknow, expect to see the contemporary side of the city with high-rise buildings, parks, shopping malls, and other elements to complete your experience. So, if you want to visit the best tourist places in Uttar Pradesh, don’t forget to spend some days in Lucknow. 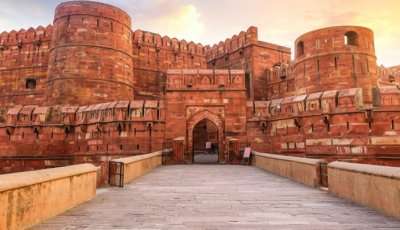 Home to the Taj Mahal that is counted among the seven wonders of the world, Agra is one of the places to see in Uttar Pradesh. Located on the banks of River Yamuna, this historically rich destination offers one a glimpse into the legacy of the Mughal empire with its numerous monuments. While the Taj Mahal impresses with its marble construction, the Agra Fort leaves one in awe with its red-stone architecture. Agra forms a part of the Golden Triangle with Jaipur and Delhi offering an eclectic blend of old and modern world charm. old with a dash of the modern. 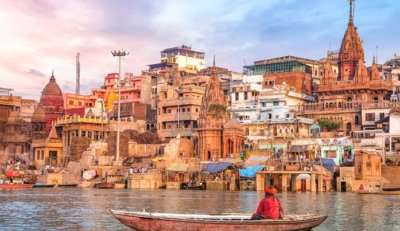 One of the seven sacred places for Hinduism followers, Mathura is the birth region of Lord Krishna. This holy city is replete with numerous temples that belong to several ages. While Varanasi is famed for Ganga Aarti, Mathura is equally revered for the Yamuna Aarti which also makes it one of the best places to visit in Uttar Pradesh and one of the most famous pilgrim sites in India. Boasting a rich history, this ancient town receives a huge influx of visitors, especially during Holi and Janamashtami. Apart from this, if you are a street food lover, make sure to gorge upon chaat, aloo-puri, kachori, gulab-jamun, and jalebi.

An Ideal Post-Covid Travel Guide To Uttar Pradesh: Navigating Through The Heritage Land

Famously known as the “Religious Capital of India”, Varanasi is an ancient city that is frequently visited by pilgrims. Since it lies on the banks of the river Gangs, the entire city is immersed in a soul-soothing ambience. This sacred city of Varanasi is more than 3000 years old and is considered one of the oldest living cities in the world. Moreover, it is here where you can visit one of the 12 Jyotirlingas, Kashi Vishwanath Temple. What makes the city all the more soulful are the 88 ghats and most of them are known for holy baths and puja ceremonies. If you want to visit famous places in U.P where tranquillity prevails, take no time to plan a trip to Varanasi. 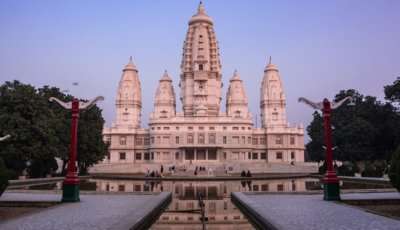 A renowned industrial centre located on the banks of river Ganga, Kanpur is a destination where you can stumble upon numerous religious and historical sites. There are several places to visit in Kanpur that cater to travellers of all age groups. From boating in Moti Jheel to watching a live cricket match at Green Park Stadium, and spending some refreshing time at Blue World Theme Park, there are numerous activities to enjoy on your trip. For wildlife lovers, there’s no better place than Kanpur Zoological park where one can witness Tigers, Orangutans, Spotted Deers, and Hamadryas baboons. 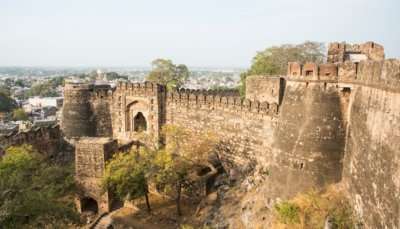 Snuggled between the Pahunj and Betwa rivers, Jhansi is a historic city that is primarily known for the gallantry of Rani Laxmibai, a Maratha queen who saliently participated in the 1857 revolt. The intriguing history of the city displayed by several monuments and significant landmarks makes it one of the best places to visit in Uttar Pradesh. Start off your sightseeing tour while heading to Jhansi Fort located atop a hill that is famous for its granite walls and archaeological museum. For a complete historical tour, there’s no better spot than the Government Museum where you will find numerous archaeological gems including statues, paintings, manuscripts, weapons, and sculptures.

Boasting rich history and culture, Uttar Pradesh is a place that offers you a sneak peek into the legacy of the Mughal era. With this list of the best places to visit in Uttar Pradesh, you can plan your itinerary wisely. If you are already intrigued by the above-mentioned places, get ready to embark on a wonderful Uttar Pradesh trip and gather memories for a lifetime.

Frequently Asked Questions About Places to Visit in Uttar Pradesh

Which are the famous places to visit in Uttar Pradesh?

Which are some traditional foods of Uttar Pradesh?

Some of the most famous regional foods you can gorge upon while visiting U.P include Baati Chokha, Bedhai, Pedha, Tehri, Petha, Baigan Ki Longe, Galouti Kebabs, and Bhindi Ka Salan. You will find all these delicacies at most of the restaurants.

Is it safe to visit Uttar Pradesh during Covid times?

If you take all the necessary precautions, you can enjoy a trip to Uttar Pradesh without any worry. Don’t forget to abide by government protocols that require you to wear a mask in public, maintain social distance, sanitize hands at certain intervals or wash hands every two hours.

What is the distance between Mathura and Vrindavan?

Mathura is located at a distance of 13.5 km and to reach from one destination to another, it just takes around 21 minutes via NH19/NH 44.

Where can I go sightseeing in Lucknow?

The Best Hotels In Kanpur To Book This Summer 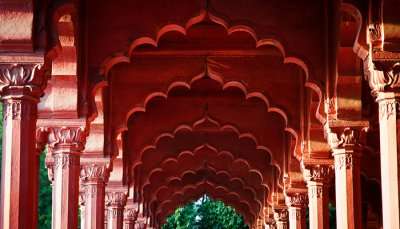 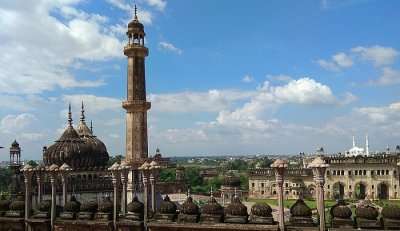 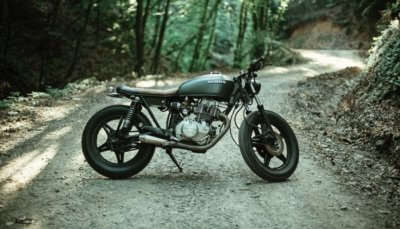