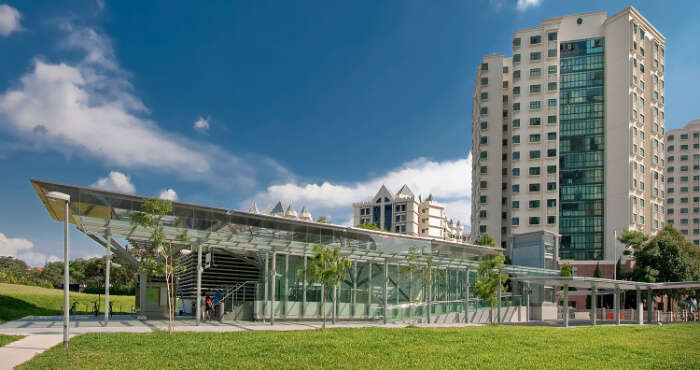 Located on the Circle Line, Lorong Chuan MRT station is an underground Mass Rapid Transit (MRT) station in Serangoon. The station is situated at the western end of Serangoon Avenue 3 and receives its name from a nearby road called Lorong Chuan. Lorong Chuan MRT station was opened on 28 May 2009 along with the other stations on the Stage 3 Circle Line. The station has many schools located near it including the Nanyang Junior College, Zhonghua Secondary School, Yangzheng Primary School, and an Australian International School. It is also in the close proximity to the condominiums including the Scala, Chiltern Park, Chuan Park, Goldenhill Park, and The Spring bloom. There are also many places to visit near Lorong Chuan. 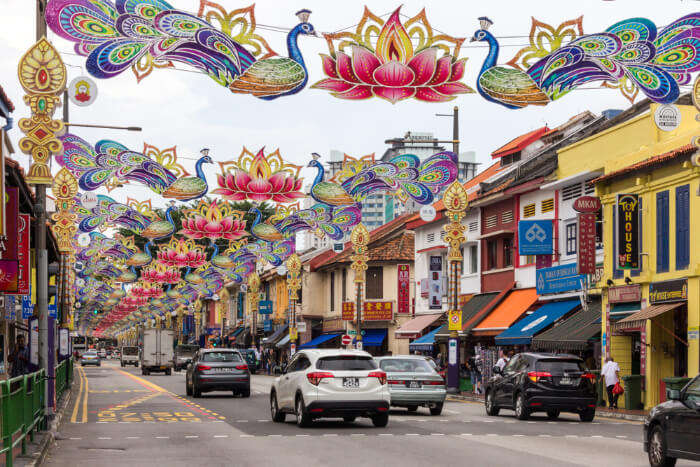 Nan Sheng Hua Yuen Pien is the northern tip of Serangoon Road. The name means ‘fringe of the garden in the south’, which implies the Chinese vegetable gardens located in the Bendemeer area. And because this area had many jackfruit trees growing here, it was also known as mang chai Chiao meaning ‘feet of the jackfruit’. ‘Au Kang’ was the Hokkien Chinese name for Serangoon Road which meant ‘back creek’. The Chinese call this region as Ang Sali. The Indian community was the main occupants of the Serangoon region. Since 1826, the are Indians settled here working as laborers in the brick kilns and cattle industries that were located here.

Though in 1860 the kilns were closed and in 1936 the municipality removed the cattle sheds this region still has a large population of Indians and has come to be known as ‘Little India’ today. A popular sight in Serangoon is the Sri Veeramakaliamman Temple which was built more than a century ago. The temple was rebuilt across 3 years i.e. from 1984 to 1987. In 1982, the development of Serangoon New Town had started. This involved building of the first few HDB flats as Neighbourhood 3 and as a part of Neighbourhood 2. The development of Serangoon Central went on from 1984 until 1989. The settlements in Serangoon during the early 19th century were dominated by the Tamil Muslim traders from India.

Here are the best places to visit near Lorong Chuan in Singapore that have to be on your bucket list for sure:

1. Clarke Quay: For The Vibrant Nightlife 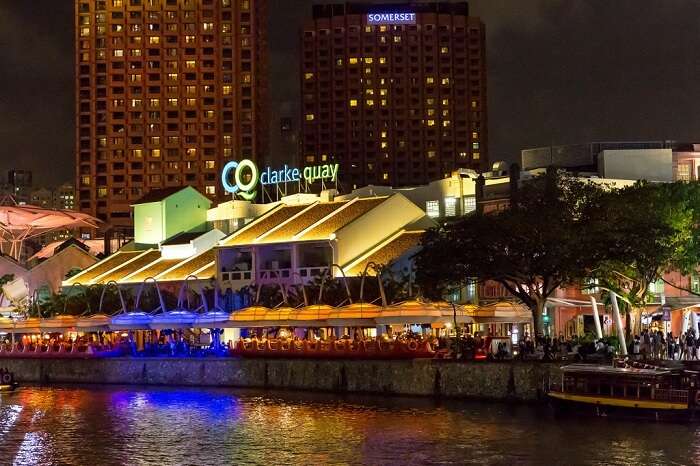 Clarke Quay is another famous shopping center near Novena region in Singapore. Clarke Quay apart from shopping outlets offers a lot of nightlife activities. The exciting collection of bars and the restaurants lining the waterfront makes it a great hangout spot. The shopping center is located at walking distance from MRT stations and thus reaching this place is also very easy. This is one of the best places to visit near Lorong Chuan.

Novena In July 2022: A Guide To Experience This Province In Singapore! 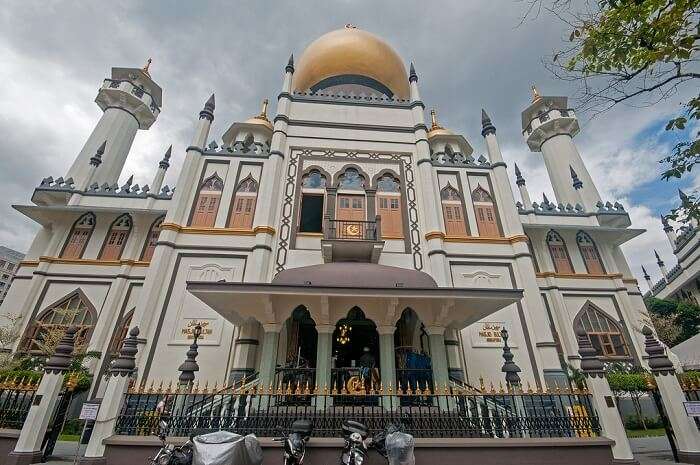 Masjid Sultan is a mosque located in Muscat Street and is considered as a national monument. This historic building in Kampong Glam is the center of focus for all the Muslim community in Singapore. The huge prayer hall and the large golden domes mark the exquisite architecture of the mosque. The mosque was built around 1824 and has been undergone some major renovations over time. The mosque is one of the best religious places to visit near Lorong Chuan Singapore.

3. Imperial Treasure Cantonese Restaurant: Get All Varieties Of Food 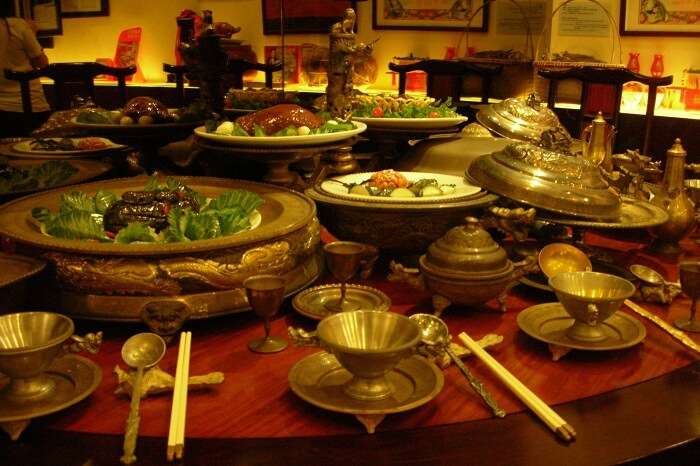 One of the best restaurants in Changi Airport is the Imperial Treasure. It is a Chinese restaurant and if you have a thing for the Chinese food, this restaurant is surely for you. From vegetarian to non-vegetarian dishes, you will get all varieties of food and rest assured that you will have the best dining experience. The meals are excellent is taste and the portions are sufficiently large. In Spite of being in the airport, the restaurant is very reasonably priced. The service is fast and excellent and the staff is very well behaved. It is one of the finest restaurants and top places to visit near Lorong Chuan Singapore.

10 Restaurants In Changi Which Will Let You Taste The Flavors Of Singapore Cuisine! 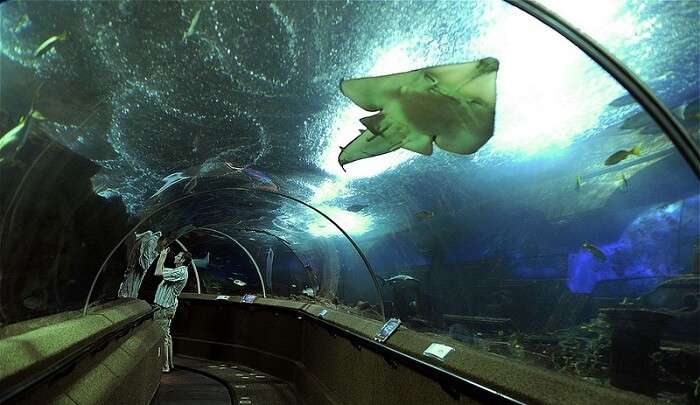 If you are a nature lover, Underwater World is one of the best places to visit in Singapore for you. The oceanarium is home to over 2,500 marine animals of over 250 species from across the world. The place has multiple attractions that give you with an exciting time including Marine Discovery, Dive With the Sharks and Swim With the Dolphins. It’s a place to visit with kids and families and get immersed in the fine beauty and build of the structures. 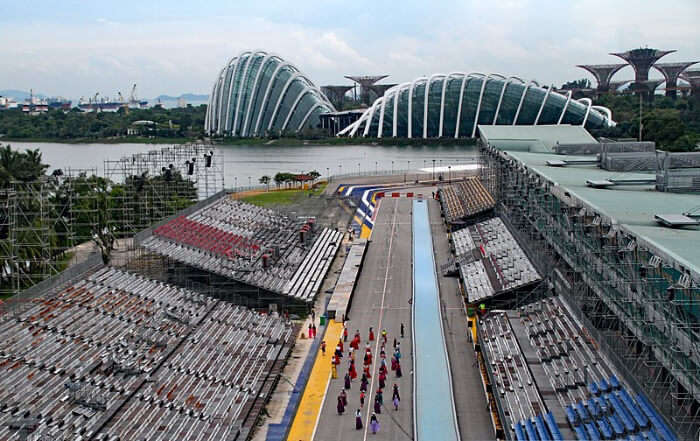 There is an abundance of tourist places to visit while in Singapore but there nothing more fun than going driving on the F1 track. If you love the game and want to get behind the wheels to get racing then this will give you the opportunity. For sure this will be the experience of a lifetime. Test your racing skills by driving the car or maybe just let a professional driver steer it as you sit back and take in the experience. The ride is for 15 mins and you can choose the car of your choice, as a bonus you don’t need any previous racing experienced. Yes, there’s a Ferrari as well.

Location: Marina Bay, Singapore
Fees: A fee of USD 228 is charged per rider
Hours: Everyone gets a 15-minute ride at the F1 track

These places to visit near Lorong Chuan are some of the best places for Singapore travelers to visit. Plan a trip to Singapore and visit all these places with your most loved ones.

Frequently Added Questions About Places To Visit Near Lorong Chuan

Is Lorong Chuan connected by metro?

How many days are enough to cover Lorong Chuan?

You can easily cover Lorong Chuan over a weekend.

How far is Changi airport from Lorong Chuan?

The Changi airport is about 20 km and 1 hour away from Lorong Chuan.