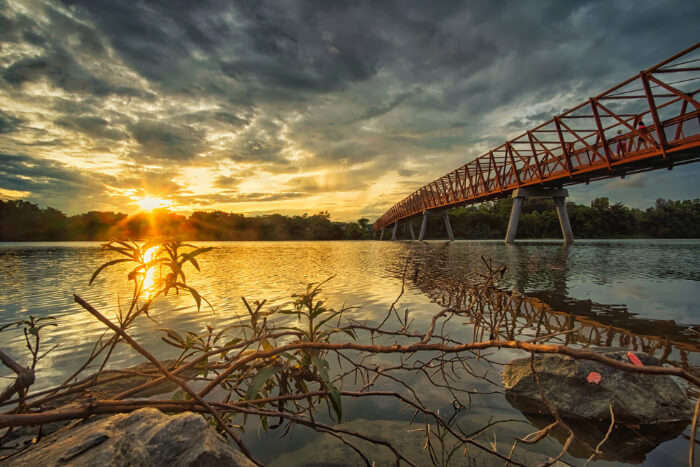 Located in the Pasir Ris Lorong Halus is an area that surrounds a road with the same name. Lorong Halus road goes up to the industrial buildings and farms in Pasir Ris Farmway. The road initiates from the Tampines Expressway (TPE) and ends at a pier. Another road from Lorong Halus that extends to the Lorong Halus Wetland. The wetland was a former landfill and now treats the water passing through it. The place located near many interesting tourist sites and you must definitely explore the places to visit near Lorong Halus during your holiday in Singapore.

Bencoolen MRT Station is the nearest MRT station to Lorong Halus and Thomson LRT Station is the nearest LRT station to this place. During the 1970s, Lorong Halus was majorly a farming area and had some rural villages. The area also had ponds, along with plantations of coconut and rubber. But gradually the was turned into a sewage ground and refuse dump. On 31 March 1999, the dumping ground was shut down. 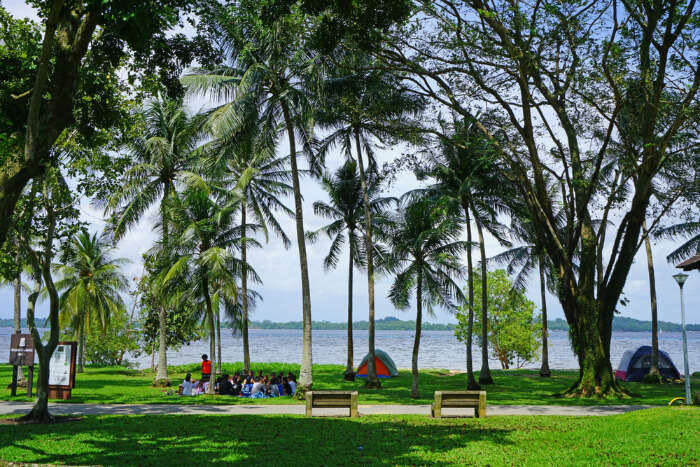 Situated in the East Region of Singapore, Pasir Ris is a residential town and a planning area. Pasir Ris shares borders with Tampines and Paya Lebar on the south, Sengkang on the southwest and Changi on the east. On the west, this region borders riverine boundary with Punggol which is separated by River Serangoon. It also shares a maritime boundary with the North-Eastern Islands planning area, through the Straits of Johor. Just like other developing towns, public transport facilities was considered one of the most important factors of development t of Pasir Ris.

This is why the region is conveniently accessible through bus services available at Pasir Ris Bus Interchange and the Mass Rapid Transit from Pasir Ris MRT Station. The NTUC Pasir Ris Resort, Pasir Ris Beach Park and White Sands shopping mall are the most popular landmarks in this region today. Looking back in history, it was in the early 1800s when the first reference to a village of Pasir Ris has appeared. It was addressed as Passier Reis (or Passier Rice). The term Ris in means bolts rope in Malay. Named after the long stretch of sandy white beach along the north-east coastline of Singapore, Pasir Ris Town also imply ‘white sand’ in Malay.

The town reflects a resort ambiance along with its complimenting architecture that is inspired by the beach and other elements of the sea. Pasir Ris was popular for its abundance of plantation estates that included the Singapore United Plantations, Loh Lam Estate, Hun Yeang, and Thai Min Estates. It was an area with Malay kampongs and villages including Kampong Bahru, Kampong Pasir Ris, and the various Chinese kampongs along situated Elias Road. During the 1950s, the beach is used to be a hotspot resort for hosting the activity of water skiing. The famous Pasir Ris Hotel located here used to be the venue for parties and events during the 1950s, 1960s and early 1970s.

Places To Visit Near Lorong Halus

Here are some of the best places to visit near Lorong Halus that every traveler must explore during their Singapore holiday: 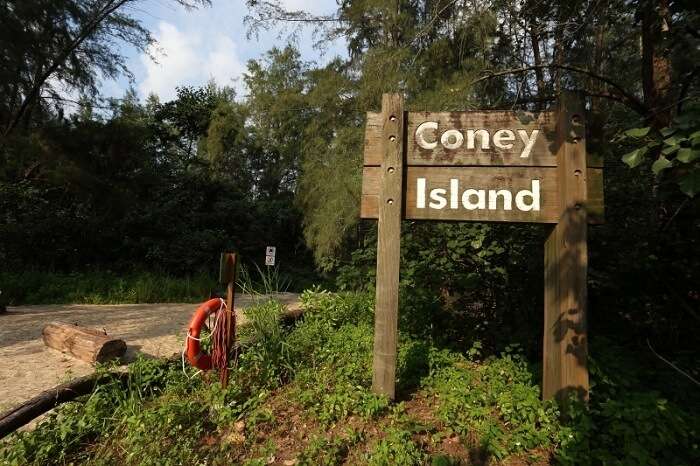 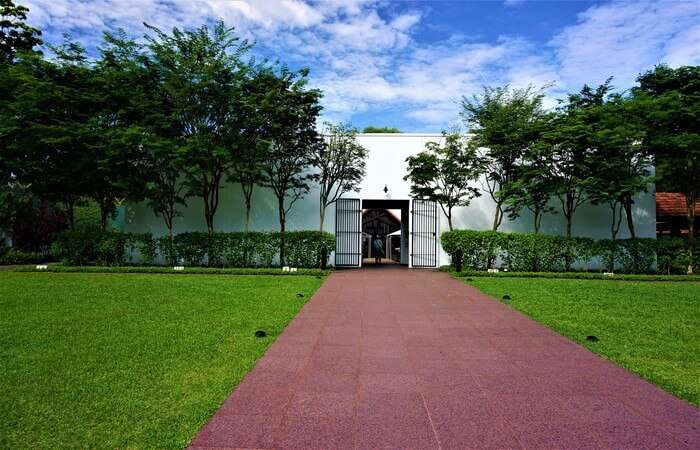 The Changi Museum is a historical place in Singapore. It is dedicated to the Second World War and the Japanese occupation of Singapore. It was relocated to its new home on February 15, 2001. In order to make a way for the expansion of Changi Prison, the Old Changi Prison Chapel and Museum had been merged into one. It could be a perfect place for a one-day visit with the family and friends. 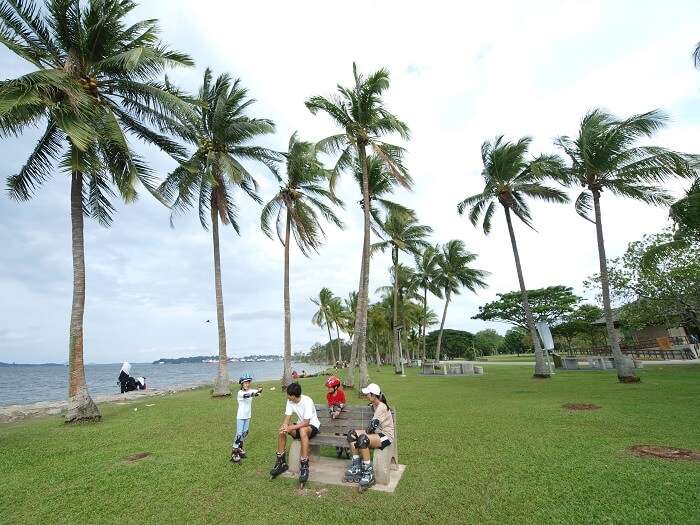 Another one of coastal national parks in Singapore, this green stretch of nature is just perfect for a rejuvenating break with the entire family. You can stroll along shady paths, enjoy the cool sea breeze and indulge in water sports while the kids have a great time at the superb playgrounds. You can also pitch a tent in the camping ground for a fun night in the park, with fishing and barbecue options right there. Theres a tranquil mangrove boardwalk for a quiet walk through the forests and plenty of interesting food options at the food court. 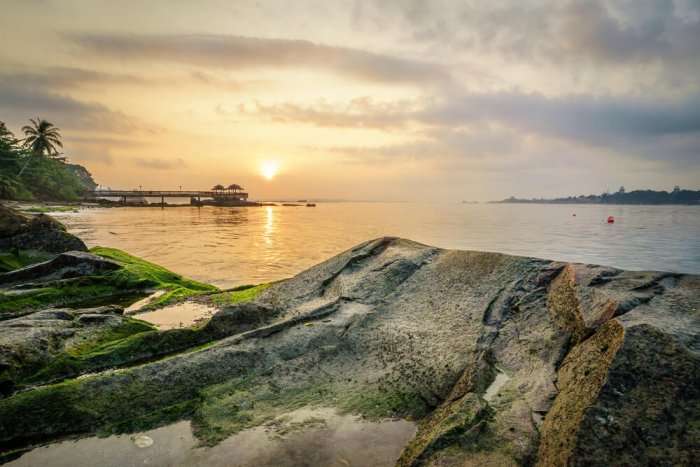 Located off the eastern coast of Singapore, this island is perfect for refreshing oneself in the lap of nature. Locally translating into granite island; this place offers unique and extraordinary sights. Featuring wetlands, sun-kissed beaches, kampongs or villages, observation towers and decks, this is one of the significant names in the Singapore islands list. The famous Fo Shan Ting Da Bo Gong Temple is situated in Pulau Ubin Island.

10 Picture-Perfect Singapore Islands For An Enchanting Vacation In 2022 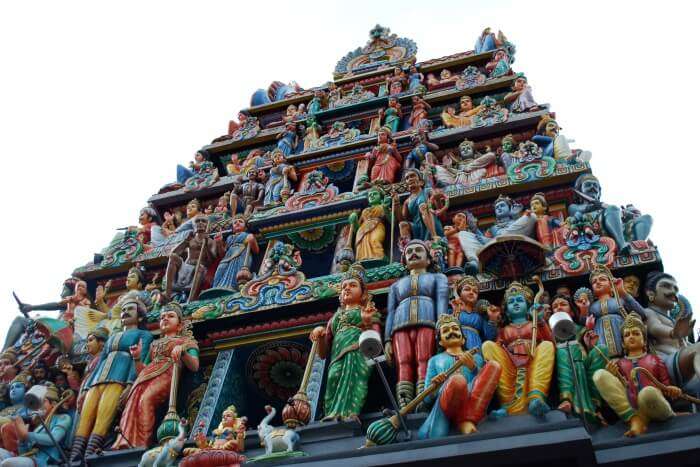 There are scores of Hindu temples situated in different parts of Singapore. It is estimated that 10 percent population of Singapore is of Indians, especially South Indians and majority of them are those that follow Hindu faith. So, most of the temples in this country have been constructed in typical Dravidian and Tamil style of architecture. Arulmigu Velmurugan Gnanamuneeswarar Temple is one of the oldest Hindu temples in the island. It als welcomes people of other faiths who flock here to enjoy the festive pomp and shows during special occasions.

11 Lesser Known Things To Do In Sengkang On Your Singaporean Holiday In 2022!

Are you all charged to explore the places to visit near Lorong Halus? If yes, plan a trip to Singapore right away and take your loved ones to the most exciting holiday ever.