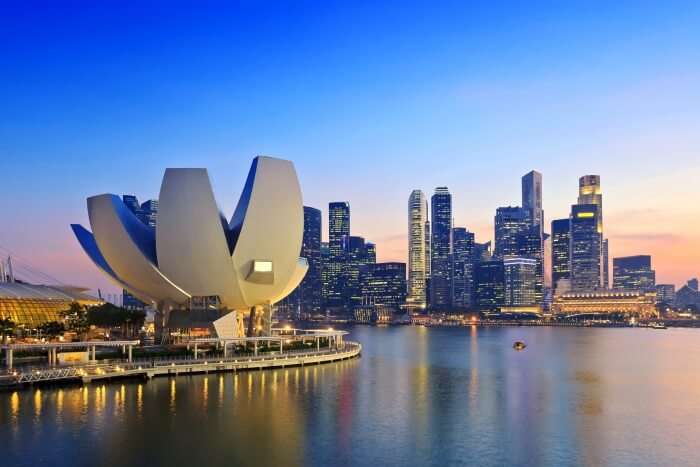 After its independence in the year 1965, the island city-state of Singapore observed various developments economically as well as area-wise. The country has various districts and towns that have been developed over the years. One of the residential towns is Queenstown that lies in the westernmost region of Central Singapore. Sharing its borders with many towns, including Clementi, Queenstown is a planning area that is flourishing with various restaurants and hotels.

Queenstown is known for its lanes and roads like Mei Chin Road that is frequented for the numerous restaurants, bakeries, cafes, and coffee shops. Since this area of Queenstown is visited by tourists day in day out, there are places to visit near Mei Chin that they must go to while exploring the happening spots here. Mei Chin itself is one of the subzones in Singapore. Other subzones in Singapore that lie in Queenstown region are Ghim Moh, Margaret Drive, One North, Queensway, Tanglin Halt, Dover, Commonwealth, and more.

After getting independent from the shackles of British Empire, Singapore became a sovereign nation two years later. The nation even grew to become an Asian Tiger economy, thanks to the flourishing external trade as well as the workforce. Moreover, the country gradually became a centre for entertainment, education, healthcare, finance, innovation, technology, and not to mention tourism along with many other industries. This Asian country has also been acknowledged as the most technology-ready country.

Flourished with lush-green islets, Singapore consistently observes a tropical rainforest climate. Since this type of climate is generally subjected to Intertropical Convergence Zone and has less to do with the trade winds, it is considered to be equatorial. The temperature in the country lies in the range of 25°C-35°C and does not seem to vary much.

The most ideal time to visit Singapore is considered to be anytime between February and April, as this is the time between winters and summers and the weather remains quite pleasant. Moreover, it is during this time only that outdoor activities are enjoyed the most in Singapore. The months of November, December, and January observe heavy rainfall while May and June are the hottest.

4 Places To Visit Near Mei Chin

There are plenty of eateries in this subzone of Queenstown. However, your tour can only be successful if you also visit the places located around this region. Some of the most prominent places nearby this subzone have been listed below. Don’t forget to put them in your itinerary!

National Orchid Garden is located within Singapore Botanic Garden. It houses a wide variety of exclusive orchids. This place was inaugurated in 1995 and presently displays about 60,000 orchids from 1000 orchid species. The most interesting part about the National Orchid Garden is the display and layout pattern of orchids. All the species are arranged as per the four seasons of the year. The yellow and cream orchids represent spring, red and pink signify summer. Purples are for autumn while snow white orchids epitomize the beautiful winter season.

Image Source
Located on Joo Chiat Road, the Peranakan Houses is a heterogenous mixture of both early 20th century local and colonial designs. They offer a colourfully exquisite vista for you to take in as you walk through Joo Chiat Street. They are mainly two-storied terrace houses with ornate embellishments ad ceramic tiles beautifying its exteriors.
You can get a view of this serene neighbourhood anytime of the day you like. It’s one of the popular places to visit in Geylang among tourists who have a disposition towards architecture that reveals not just culture but history as well.

It is a mall that has ample shops. You can shop for various types of items and also try to have some delicious foods. Most of the stalls keep good quality products. The price of most of the products is very reasonable and affordable by the common man. You can various types of designer apparels from this shop. It would really be a great experience to spend time in this mall. There is also a cinema hall in the mall. Apart from the daytime, there are many things to do in Punggol at night. There are many nightclubs and pubs that can be visited.

Read More: Things To Do In Punggol

Located about 10 minutes away from the train station in Clementi, this center serves the purpose of promoting scientific learning and technological education among the general public. The center was established in 1977 by Raymond Woo. It accommodates more than 850 exhibits. It is situated near Snow City.

Read More: Best Things To Do In Clementi

As you explore around the coolest spots in Queenstown, visiting the subzone of Mei Chin is a must. Indulge yourself in the scrumptious delicacies and know the local culture. To make your tour worth cherishing, explore the places to visit near Mei Chin that are mentioned above. In this way, you can make your Singapore trip even more interesting!