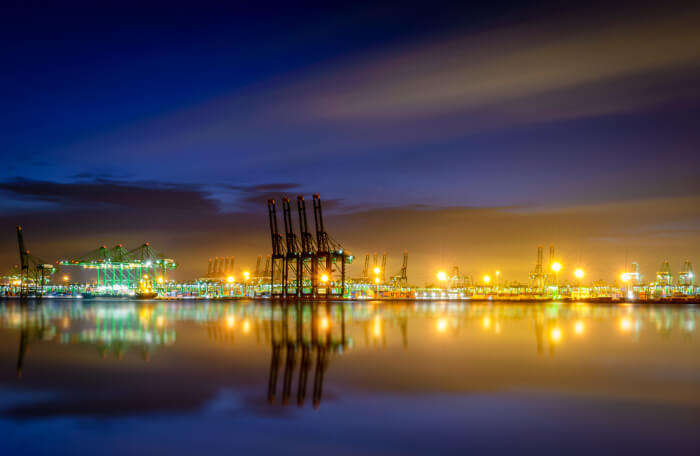 Pasir Panjang was popular for its production of opium until 1910, the Government took up the opium industry from the private industrialists of this region. This lead to the establishment of a state-owned opium factory in Pasir Panjang. By 1920, Pasir Panjang saw a change in its tourism aspect when many rich Chinese built holiday villas and residential bungalows along its coast. Many of these buildings are still present in this region. Also, in 1930, numerous Malay families who had been living in the Kallang River Basin area were resettled in Pasir Panjang.

This was done as their land was reclaimed by the government for the construction of Kallang Airport. This area in Pasir Panjang with Malay settlement came to be known as West Coast Malay Settlement for containing many Malay fishing villages. But by the late 1960s, the whole coast, extending from the Singapore River to Jurong was reclaimed for wharves and the coastal area at Pasir Panjang was also taken up by the government to construct the Pasir Panjang Terminal of the Port of Singapore.

Places To Visit Near Pasir Panjang

Pasir Panjang is a region in Singapore which has a very rich and interesting history. Visit this region along with other places to visit near Pasir Panjang for a mind-refreshing holiday experience in Singapore

Jurong East is known for its posh shopping malls. International Merchandising Mart (IMM) outlet mall houses over 90 branded stores, with each of them offering great deals, discounts, and wholesale prices around the year. If you’re looking for value for money, head to this 5-story mall. Make sure to stop by here.

A multi-storeyed building, it was built and founded in 1858, more than a century old (although the building has been renovated several times). This association is of significant cultural and historical importance, as it is one of the oldest Chinese associations in Singapore founded by the earlier descendents of Dabu, China who settled in Singapore.

One can see the names of the founding members of association inscribed on the original tablets of the building’s walls.

It is a mall that has ample shops. You can shop for various types of items and also try to have some delicious foods. Most of the stalls keep good quality products. The price of most of the products is very reasonable and affordable by the common man. You can various types of designer apparels from this shop. It would really be a great experience to spend time in this mall. There is also a cinema hall in the mall. Apart from the daytime, there are many things to do in Punggol at night. There are many nightclubs and pubs that can be visited.

Read More: Things To Do In Punggol

This is also a great place for refreshment. Most of the people who come here always go to this park. There are boating options for the people. The whole ambiance of the park is great. Apart from this, there are ample sitting places for the visitors. They can sit and enjoy the fresh air. It takes approximately 2 hours to visit the whole park.

This park can be explored either by walking or by cycling. It will also be an adventurous trip. While walking along the park you can come across a wide variety of local species or creatures. Monkey is a very common man and they can come on your way. Apart from this, you can see various types of snakes or rare insects. However, the park is well maintained by the staffs.

Pasir Panjang has many old stories to reveal to you. Are you ready to uncover those stories from the past while exploring this wonderful region and other places to visit near Pasir Panjang? If yes, plan a visit to Singapore just now, pack your bags and leave to uncover some of the most beautiful secrets and treasures that Pasir Panjang hides in its boundaries.