7 Reasons To Visit Spain At Least Once In Your Lifetime! 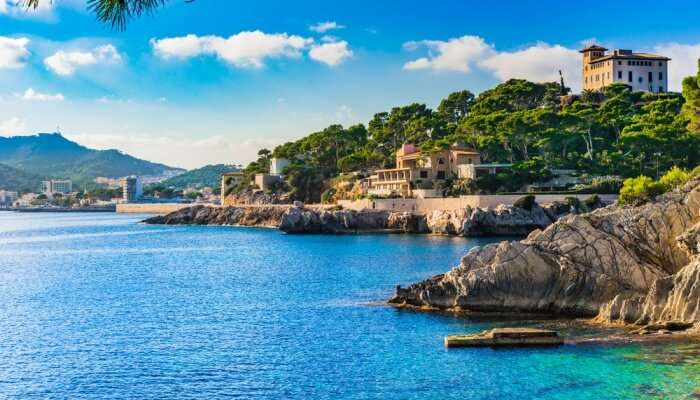 Spain is now the world’s second-most visited country, which won’t come as a surprise if you know anything about what it has to offer. The country is bursting with beloved cities, stunning nature, fascinating culture, and delicious food. Every corner of Spain is unique. Here are 7 reasons to visit Spain that are bound to change your mind in case you aren’t convinced about visiting the vibrant villages of this mountainous country!

If Spain isn’t on your Europe bucket list yet, these 7 reasons to visit Spain should be more than enough to earn it a spot. Go through them carefully before planning your next international trip: 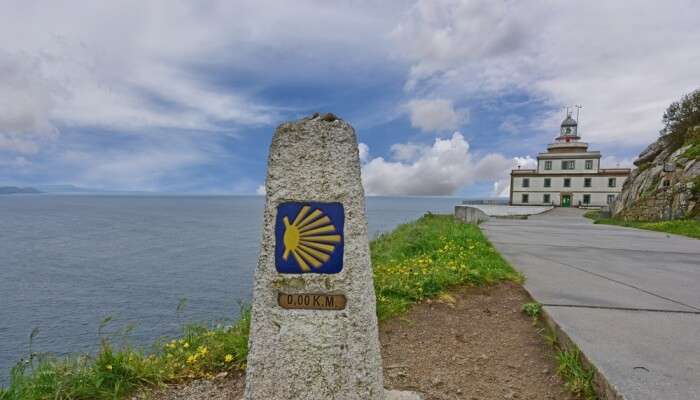 The Camino de Santiago is among Spain’s best-known attractions and easily one of the most popular long-distance hikes in the world. The Camino isn’t just one trail, though; it actually refers to a network of different routes leading to the town of Santiago de Compostela in northwestern Spain.

These routes formed major Christian pilgrimages during the Middle Ages, with pilgrims coming from across Europe to visit the tomb of St. James in Santiago. Today, thousands of people from around the world walk the Camino every year.

You can start anywhere along any of the routes, walking for just one day or for a month or more. The Camino provides a unique opportunity to enjoy the scenery and culture of Spain, as well as a chance to push yourself and disconnect from the outside world. 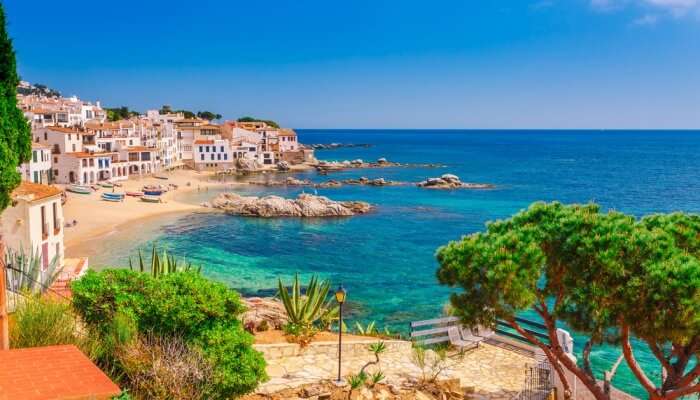 With coasts on both the Mediterranean and the Atlantic and a handful of world-famous islands, Spain is a major beach destination and there’s a stretch of sand for every type of traveler.

The Spanish island of Ibiza has long been one of Europe’s top party hotspots, and beaches like Playa d’en Bossa host parties that go on all day and all night. Also extremely popular but with a completely different vibe, the nearby islands of Mallorca and Menorca are geared toward resort holidays and are much more family-friendly. For something more affordable, both the Costa Blanca and Costa del Sol are lined with beaches popular with backpackers and budget travelers. Don’t forget that the Canary Islands are part of Spain, too, and each island has its own stunning beaches.

Spain’s beaches aren’t just for sunbathing, though. The country has numerous great spots for sports like surfing, diving, sailing, water skiing, and windsurfing. 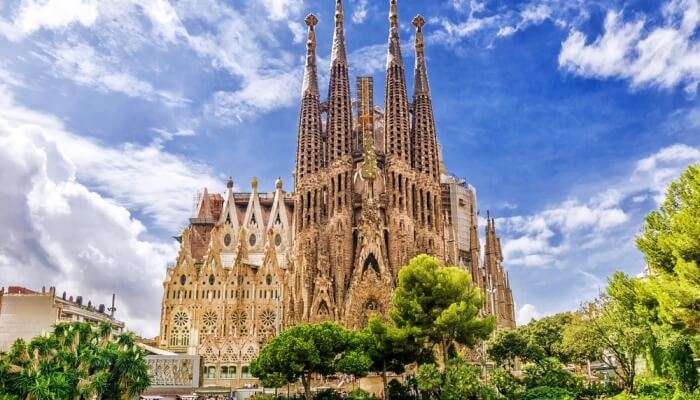 If you’re looking for reasons to visit Spain, look no further than its architecture. And it’s not just one famous building or even one particular style – there are incredible examples of multiple architectural styles across the country. Most famous are those by Antoni Gaudi, who was a key figure in the Catalan Modernist movement. His best-known buildings, namely the Sagrada Familia and Casa Batllo, are in Barcelona, though some of his works are found elsewhere in Spain.

Gaudi’s work alone is enough to make Spain an architectural dream, but the country has many other buildings that are just as impressive, particularly its churches. Some of the must-sees include the Gothic-style Cathedral of Saint Mary of the See in Seville and the Baroque-style Cathedral of Granada, not to mention the Moorish-style Mosque-Cathedral of Cordoba.

You can’t talk about buildings in Spain without mentioning the Alhambra, the sprawling fortress and palace in Grenada. The Alhambra is the country’s most striking example of Islamic architecture and its most-visited monument. 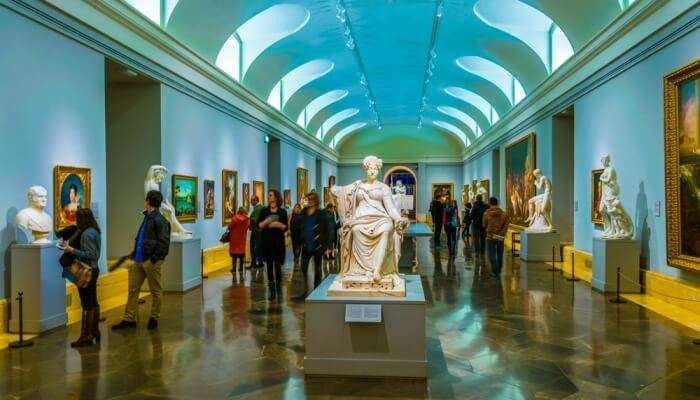 Every country has museums, but Spain’s are a cut above the rest, as you might expect from the birthplace of both Salvador Dali and Pablo Picasso. You can learn about those two visionaries at the Dali Museum-Theater in Figueres, Catalonia, and the Picasso Museum in Barcelona. Art lovers will also enjoy The Valencia Modern Art Institute and the Barcelona Museum of Contemporary Art, not to mention the branch of the Guggenheim Museum in Bilbao.

Madrid has a major museum scene as well, and is known for its Golden Triangle of Art, consisting of three museums in the center of the city: the Prado Museum, the Reina Sofia Museum, and the Thyssen-Bornemisza Museum. For something more niche, there’s also the Computer History Museum in Caceres, the Leather Museum in Ubrique, and the MQM Manchego Cheese Museum in Toledo. Whether you’re interested in art, history, or something more obscure, you’ll likely find a museum in Spain dedicated to it. 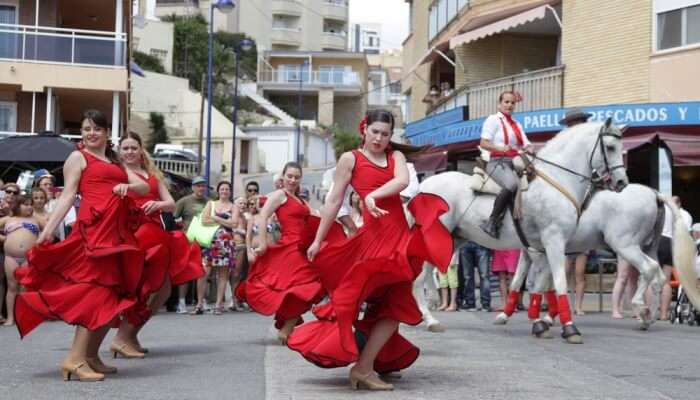 Spanish festivals are renowned for many reasons, one of which is their sheer ubiquity. It seems nearly every town has its own unique festival (or several), and they take place year-round. Many of Spain’s festivals have religious origins, although some now look more like a raging party than a sacred ritual.

The festivals in Spain are also incredibly quirky; the famed Pamplona Bull Run and La Tomatina (the town-wide tomato fight in Bunol) are already bizarre, and they only get more unusual from there. Las Fallas fills Valencia with giant statues of cultural icons and then burns them, La Tamborrada sees people banging drums in the streets of Seville for 24 hours straight, the Haro Wine Festival is a giant wine fight, and people line up to jump over bonfires during The Arizkun Festival. Celebrating festivals is a big part of Spanish culture, and seeing any one of them will be a unique and memorable experience. 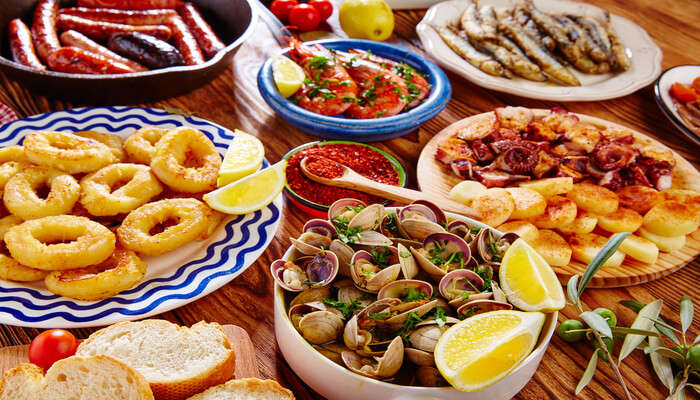 With tapas, Spain introduced the world to a new way of eating. In the U.S. and elsewhere, tapas restaurants have taken significant liberties in creating their dishes, so a visit to Spain means getting to enjoy tapas as they were intended. Spanish bars originally gave tapas to patrons for free, a tradition that has sadly mostly died out. There are a few cities, however, where free tapas are still the norm; many bars will keep bringing fresh plates as long as you keep ordering drinks.

Seeing as how it’s the country that gave us sangria, Spain is an incredibly under-rated wine destination. It’s actually the world’s third-largest wine producer, and over a million acres of the country’s land is dedicated to vineyards! Grapes are grown all throughout Spain, but La Rioja in the north is often considered the country’s best wine region. 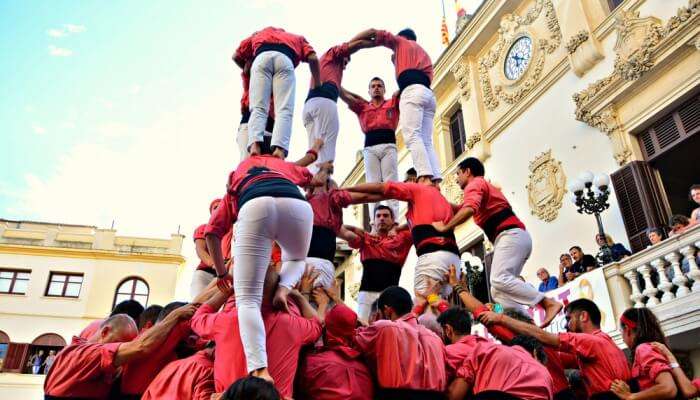 One of the best reasons to visit Spain is that, because the regions (called autonomous communities) are so diverse, it’s almost like visiting multiple countries in one. Some even have their own languages, in addition to Spanish. While Catalan and Basque are the largest and most distinct, many others – including Galician, Extremaduran, and Aragonese – are widely spoken in certain areas.

There are also multiple ongoing separatist movements, led by groups that don’t even identify as Spanish, namely in Basque Country and Catalonia. In Basque Country, you’ll find that the region has its own unique folklore, its own national sport called pelote, and its own variation on tapas, known as pintxos. The Catalans are not as fiercely separatist as the Basques, but Catalonia’s culture is still distinct from the rest of Spain. From plates of fideua, a Catalan version of paella using short noodles instead of rice, to the tradition of creating human towers named castells, many things in Catalonia won’t be found elsewhere in Spain.

Even if you don’t end up visiting one of these separatist regions, the differences among the other areas of Spain are still stark enough that you’ll notice clear cultural distinctions, no matter where you go. Book your Spain vacation with TravelTriangle to avail exciting deals and discounts. Make sure to keep these 7 reasons to visit Spain in mind whenever you decide to travel to the country!

Bleron Salihi is from Albania. He is a world traveler and has already visited more than 30 countries. Traveling inspires him to write, research and take beautiful pictures.