This Religious Theme Park Will Soon Add A Charm To Haridwar In The Post Pandemic World! 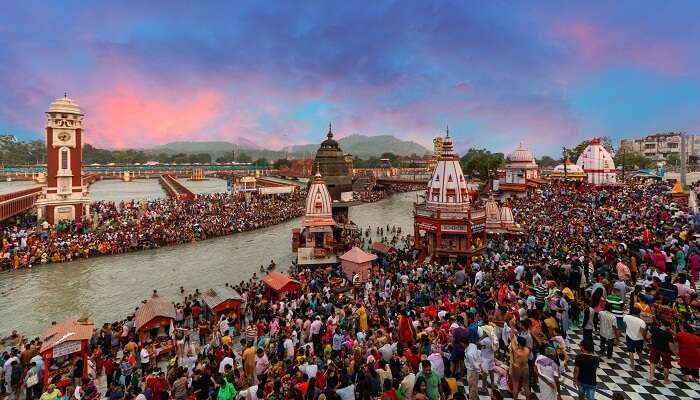 Uttarakhand tourism is all geared up to rise from the ashes in the post COVID world with their incredible and ambitious plans to develop tourist attractions in 13 districts. And one of the exciting projects among this plan is to build a religious theme park in Haridwar. And mind that, it will not be your regular theme park because it will house the replicas of 52 Shakti Peethas which hold much importance in the Indian heritage. For the construction of this park, the Uttarakhand government has allocated a 10-hectare plot.

Details About The Religious Theme Park In Haridwar

This one of a kind theme park which will be built in the Kankhal district in Haridwar close to the Shri Daksheshwar Mahadev Temple. The temple itself has much importance because this is the place where Devi Sati plunged into the fire. According to the District tourism officer of Haridwar, this religious park will give the tourists knowledge about the Shakti Peeths and the replicas of 52 Shakti Peeth will give a glimpse of all these sacred temples at one place.

As per Hindustan Times, an extensive report will be presented to the state government and state officials. Alongside that, the process for land clearance and no objection certificate has already started to avoid any delay.

The district magistrate of Haridwar, C Ravi Shankar adds that the nearby religious attractions will also be developed and provided basic infrastructural facilities under this project. Besides this, the district tourism officer of Haridwar states that the Shakti Peeths are mentioned in Vedic texts and scriptures thus bringing them together in one place, makes this theme park a shrine itself.

The Importance Of 52 Shakti Peeths

As per the Hindu scriptures, Sati was the daughter of Prajapati Daksha who jumped into the fire altar after knowing that her husband Lord Shiva was dishonored. After her death, Shiva was enraged and roamed around taking her body. To calm Lord Shiva, Vishnu cut her body into 52 pieces, and wherever it fell on earth that place became sacred. These sacred places are called the Shakti Peeths where thousands of devotees visit every year to seek blessings from Goddess Sati.

While Uttarakhand has been severely affected due to the Covid-19 pandemic, the state is leaving no stones unturned to boost up their tourism. Their constant efforts are giving reasons to see the positive side of the post-pandemic world and gear up to make more travel memories. And while the travel is on halt, these upcoming plans by the state’s tourism department are giving more than one reason to plan a holiday in Haridwar soon!

10 Popular Casinos In Chicago To Spend A Fun-Filled Holiday!