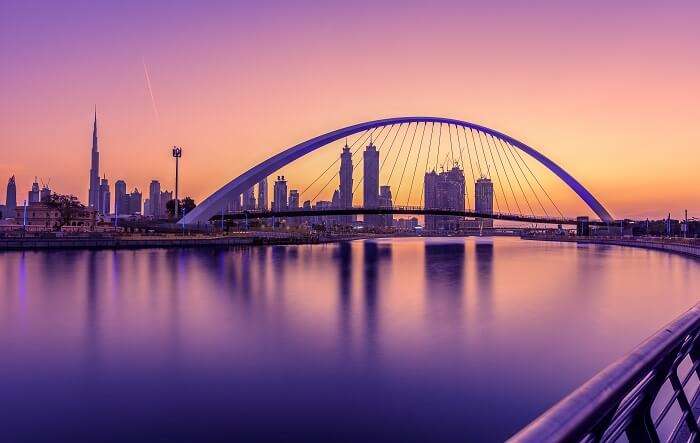 Indians love to holiday, and there is no doubt about that. And while we all know the major places around the world that are worth holidaying at, a recent report revealed the five most popular destinations for Indian leisure travelers. It discovered that more than half of the country’s leisure seekers prefer heading to Dubai, Thailand, France, Singapore, and Malaysia for soul-stirring experiences, with the largest markets being Dubai, Saudi Arabia, Bahrain, US, and Thailand in terms of overall outbound travel from India.

These findings are a result of a combined report of Expedia Group, the world’s largest online travel company, and CAPA India, the leading aviation advisory, which was titled as ‘The Inflection Point For India Outbound Travel’ on the Indian outbound market. As per its results for the largest markets, it was also found out that the traffic to the US is primarily for business, with only 18% leisure trips, and France is the leading long-haul leisure destinations followed by the US and Switzerland.

Suggested Read: Guess Which Indian City Has Made It To The New York Times 2018 Travel List

According to this joint report, India contributes only 48 lakhs leisure outbound trips with the top 10 destinations being only five to six hour flight away from the country. The departure share of the country, which is 30% is comparatively lower than the global average, which is 53%. However, it also mentions the estimated 1.4 crores leisure departures, 1.9 crores Indian visitor arrivals overseas, and a CAGR of 12.2% that is expected to be seen by 2025 as the traffic from tier-II cities will contribute to the next phase of growth in outbound travel.

Apart from the five most popular destinations for Indian leisure travelers, the other amongst the top 10 include Sri Lanka, Hong Kong, Indonesia (mostly Bali), the US, and Switzerland. Owing to this highly concentrated arrivals at these 10 places, India also turned out the be the largest source market for Dubai and Sri Lanka, and the fourth for Singapore, as mentioned in the report.

As far as the spendings are concerned, the report also revealed that for an average short haul outbound leisure holiday, Indians spend around $857 per trip per person, whereas for an long haul leisure holiday, they spend roughly $1,687 per trip per person. It also listed the several areas that are the emerging travel segments such as special interest travel, destination weddings, and resort travel.

Suggested Read: This Tiny Japanese Island Is The Most Trending Travel Destination For 2018

Keeping the result of the report in mind, Simon Fiquet, the GM of Expedia (Southeast Asia and India) said, “India has a huge latent market for leisure travel owing to the burgeoning middle class, rising disposable incomes, higher need and awareness around travel being pushed by millennials. The report suggests that India has a promising potential, as only 30% of the total departures from India account for leisure travelling, which stands too small as compared to a global average of 53%. Some measures like introduction of more non-stop connecting flights, delivering value for money and simplifying the visa registration processes are a few key steps which can encourage the outbound leisure market to reach its true potential in India. By 2025, we expect 13.9 million leisure departures, leading to 19.4 million Indian visitor arrivals overseas, with a major contribution from Tier II and III cities.”

And staying in sync with it, Binit Somaia, the director of CAPA (South Asia) said, “Our research indicates that there is significant and rapidly rising interest in overseas holidays from India. And that the market is far more diverse – and includes sophisticated segments with an ability and willingness to spend – than most destinations realize. Similarly, there will be large numbers of first time travellers entering the international holiday market every year. India comprises multiple and varied markets. This points to the need for airlines, tourism boards and travel companies to invest much more in understanding the Indian travel landscape, and to pursue a more segmented approach to product development and marketing in order to grow volumes.”

It’s a great news that the Indian outbound travel is on a rise, and is contributing its share to the overall global growth by letting travelers explore destinations like Singapore, Dubai, France, and more, which indeed offer impeccable experiences.

20 Best Restaurants In Lucknow You Must Visit In 2020 To Eat And Feel Like The Nawabs Do!

7 Places To Visit In Gandhinagar Which One Must Definitely Add In Their Travel List For 2020!