12 Roman Buildings That Are Classy, Elegant, And Graceful 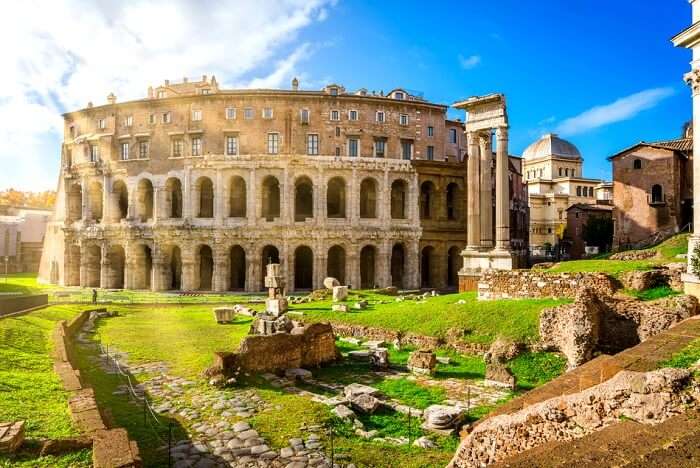 Rome was hailed as the “eternal city” by the prehistoric Romans due to the belief that no matter what took place in the remainder of the world, the city of Rome would never cease and shall remain standing. It is suggested that a person should travel the city on foot as it spirals you back in time to the “glory that was Rome”.

With its unparalleled history, Rome is the third most visited town in Europe and also the fourteenth worldwide. It attracts guests from everywhere who want to immerse themselves in the Roman buildings, the impressive monuments, and architectural landmarks. Further, the exquisite cuisine and culinary delights offer the icing on the cake. When exploring the Colosseum, guests can simply imagine how the gladiators fought for their lives in the arena, while being cheered by the masses. If you find yourself in the Circus Maximus, you can image the chariots flaming into one another to finish first in the race, and within the Roman Forum, you can visualize what the life of the locals was like.

12 Roman Buildings That Are A Must Visit

Roman architecture has had a massive impact on art and culture standards throughout the world. Their architectural achievements are still hailed as masterpieces and attract many tourists from all over the world. Without further delay, let’s look at some of the architectural marvels that this historically rich city has given to the world to behold. 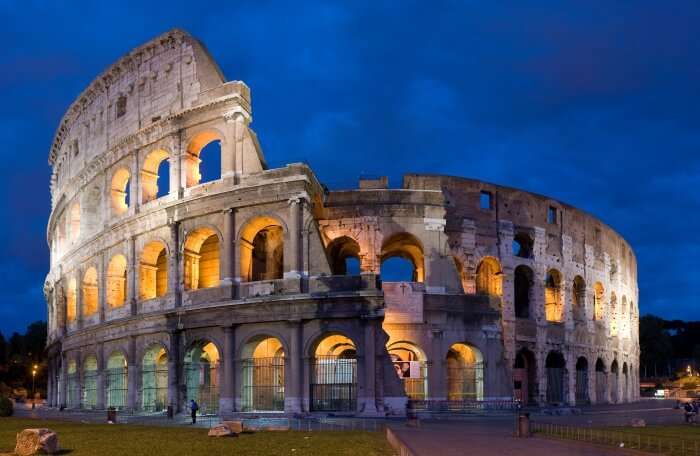 A tour of Rome is basically incomplete without visiting the most sought-after structure of Colosseum. It was originally known as the Flavian Amphitheatre because it was designed by the dynasty through 70-80AD. It’s the largest amphitheater ever created. The Colosseum can hold around 65,000 and was used for gladiator contests, public spectacles like re-enactments of notable battles, theatrical productions, animal hunts, and executions. Imagine watching two warriors battling for their lives at the place!

Must Read: 10 Cozy Homestays In Italy For Truly Home Away From Home Experience 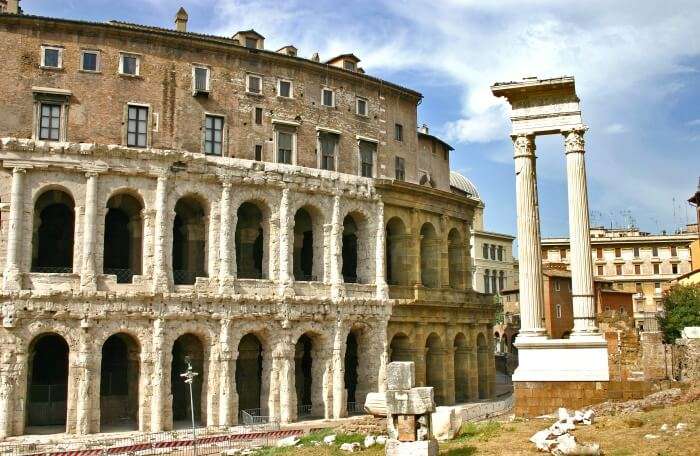 This structure was used as an inspiration to model the Colosseum. However, Teatro Marcello is semi-circular in shape whereas the Colosseum is a circular amphitheater. The original assent for its construction was given by Julius Caesar but he died before the construction began. The construction ended during the reign of Augustus in 11BC. The Theatre of Marcello was named after the nephew of the King, Marcus Claudius Marcellus. The structure is situated near the Tiber and has the capacity to hold 20,000 spectators and was a revolutionary structure at its time. 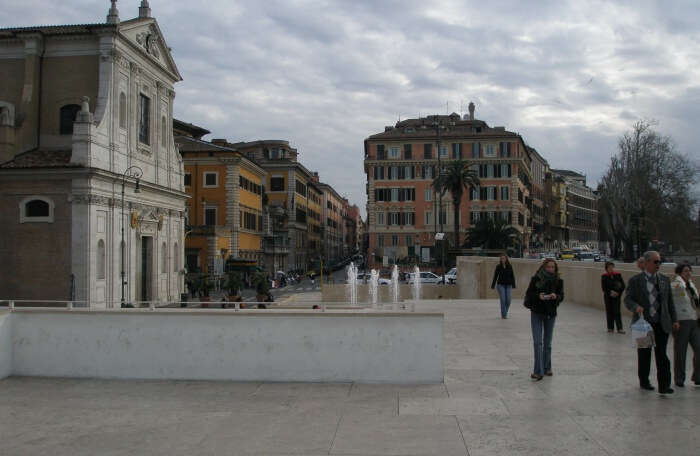 The contemporary Ara Pacis Museum is an intriguing sight since it combines the new and the old in a really inventive manner. The museum was planned by American designer Richard Meier in 2006 to contain the antiquated Ara Pacis, or Altar of Peace, that goes back to 13 BC. The intricately designed Altar of Peace is canvassed in sculpted painted decoration delineating figures, fights, and parades. It is also accompanied by steel and glass exterior which holds the altar inside it. Since the end of the Fascist era, the museum is the first architectural landmark to be built in the historically important city center of Rome.

Suggested Read: Do Not Forget To Visit These 10 Incredible Castles In Italy On Your Next Trip To Europe 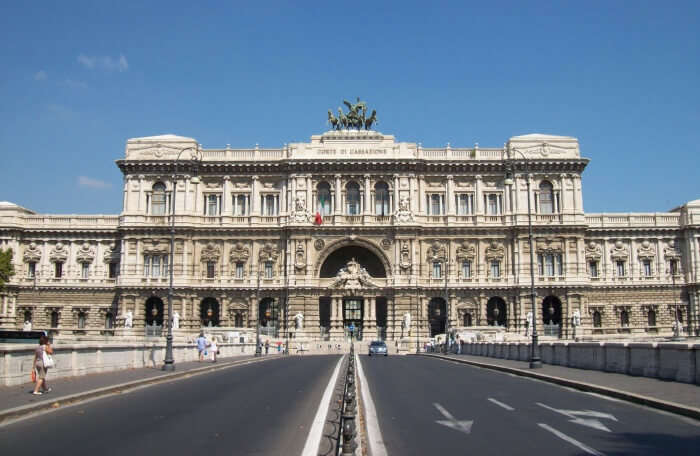 This is the Palace of Justice and houses the Supreme Court of Cassation. It is the highest place of appeals in the country. It is a gigantic structure that overwhelms the banks of the Tiber river in the Prati area. It is usually alluded to as “Il Palazzaccio”, a derogatory name which generally means “Awful Palace”. Its huge size, flashy improvements and extensive development period appeared to point to debasement when it was opened in 1911. The structure was inspired by Renaissance and Baroque engineering and it still stands out amongst the most noteworthy structures in the city. 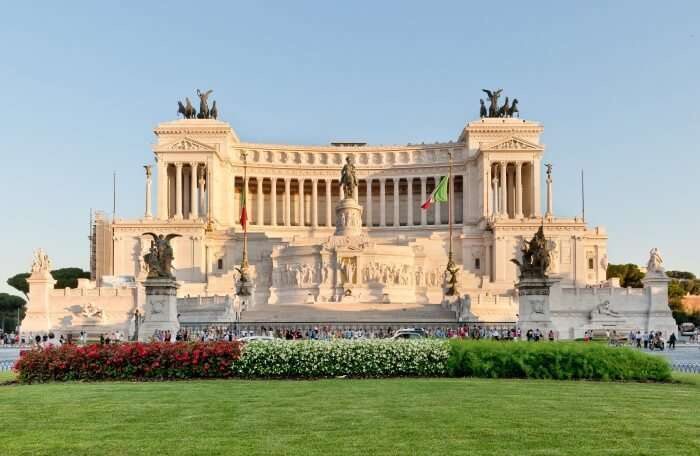 The Romans also detest another building known as Il Vittoriano in Piazza Venezia. It was created between 1885-1925 to honor the first king of united Italy, Victor Emmanuel. It has been nicknamed as the “The Wedding Cake” due to its white marble finish and level design. Packed with stairs, segments, wellsprings, and models, it was questionable in light of the fact that it demolished the zone of the Capitoline Hill and commands the horizon. Notwithstanding any controversies, it still occupies a position at the heart of the city of Rome.

Suggested Read: Pompeii Ruins: Everything You Need To Know About This Historic Gem In Italy

St. Peter’s Basilica enjoys travelers from all over the world. It is one of the holiest Catholic places of worship on the planet. Worked over the entombment site of Peter the Apostle, it is an essential tourist site and wonders to see in person. The Basilica was planned by various craftsmen, including Michelangelo, Carlo Maderno, Gian Lorenzo Bernini, and Donato Bramante, and finished in 1626. Michelangelo’s popular arch was enlivened by the Pantheon and the Duomo of Florence. 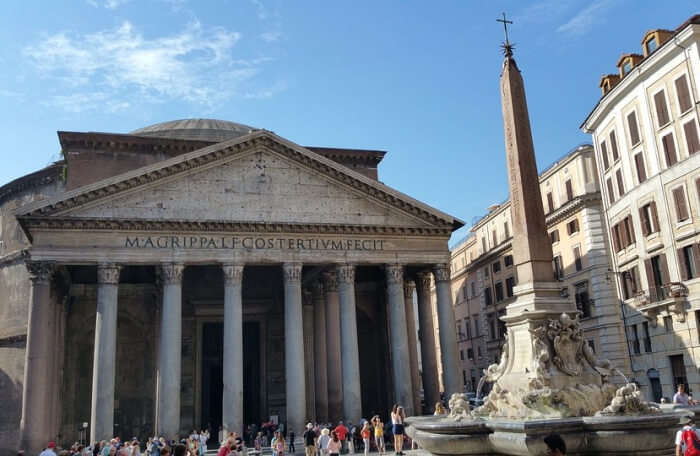 The Pantheon is one of Rome’s best landmarks and a demonstration of design aptitude and construction. A ruler named Hadrian manufactured the Roman temple in 126 AD on the site of a prior temple. The earlier temple was built amid the rule of Augustus (27 BC – 14 AD). It stayed in constant use through history and started to be utilized as a church in the seventh century. With its extensive round domed roof, the sanctuary was in all probability proposed to symbolize the heavenly circle. The word Pantheon in Greek signifies “every one of the divine beings”.

Suggested Read: 16 Enchanting Beaches In Italy For An Unforgettable Vacation By The Ocean

It is known as the Hadrian’s Mausoleum, the structure is a cylindrical fortress and finds itself on the banks of the Tiber river. The emperor Hadrian regarded the tomb as a resting place for himself and his family, the structure was later utilized as a fortification and palace by the popes, because of its closeness to Vatican City. At the peak of its development between 123 – 139 AD, it was the tallest building in all of Rome. 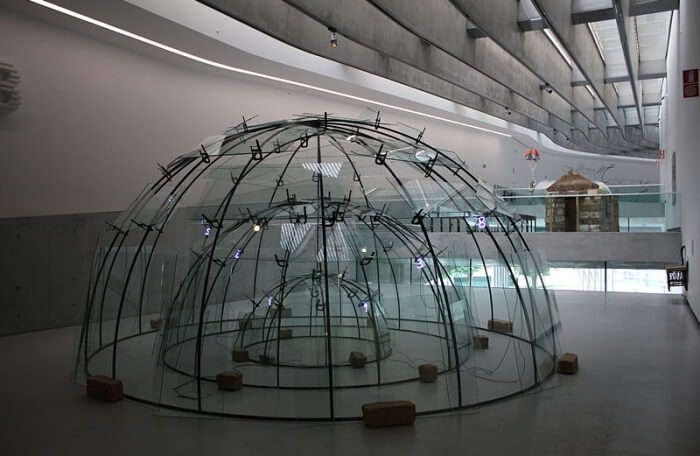 The place was designed by Zaha Hadid and is one of the best places for 21st-century art in all of the world. Situated in Rome’s northern Flaminio neighborhood, its sharp points and dynamic bends offer a difference to Rome’s plenty of antiquated structures. It was considered as a test space to feature cutting-edge craftsmanship and inventive engineering through a changeless accumulation, pivoting shows, and a stimulating timetable of occasions.

With the sobriquet of “Square Colosseum” been bestowed upon it, Rome’s Palazzo della Civiltà Italiana is a great case of the pragmatist engineering that ruled the city amid Fascism. Worked in the neoclassical style, it is situated in the city’s southern neighborhood, which intended to have the 1942 World Fair. The occasion never occurred yet the structures pay tribute to this period in the city’s history. Today the Fendi mold house is renting the building.

Most people do not realize that among the numerous magnificent structures, Rome has its own special old pyramid. It is situated between the Testaccio and Ostiense neighborhoods. The Pyramid was built between 18-12 BC and was intended to serve as a tomb for Gaius Cestius who was a magistrate serving in ancient Rome. Due to its sharp apogee, it intently looks like the Nubian pyramids by the side of the Nile delta in Egypt and incorporates an inside entombment chamber which initially had frescoes. The pyramid was consolidated in the Aurelian Walls, which has helped to save the building to present times. 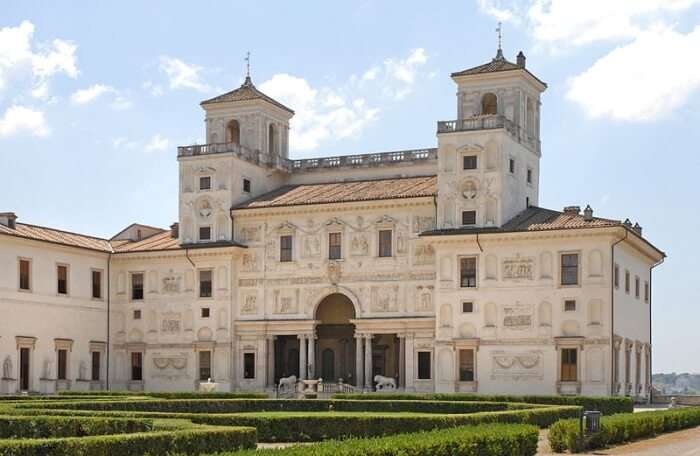 The Roman home of the notorious Medici family is a standout amongst the most striking of the capital’s numerous palatial manors on the edge of the Borghese Gardens. It was obtained by Cardinal Ferdinando de’ Medici in 1576, who utilized it to house his broad accumulations of old Roman statues and fortunes, a large portion of which are currently housed in Florence’s Uffizi Gallery. After the destruction of the Medici family, the estate came under the control of Napoleon Bonaparte who offered it to the French Academy in Rome in 1803.

Further Read: Do Not Forget To Visit These 10 Incredible Castles In Italy On Your Next Trip To Europe

Many people regard Rome as a living museum. When one looks at the innumerable architectural landmarks which serve as a time-traveling item, one truly acknowledges the veracity of the statement.

It is said that the city was founded in the year 753 BC and is one of the oldest cities in the world. It is evident that there are not only ancient buildings which offer a testament to its beauty, but several structures which were built in the modern era also occupy an important position in delineating the history and magnificence of the place. It is thus apt to use the aphorism that Rome wasn’t built in a day. Book your trip to Rome and explore these amazing Roman buildings!