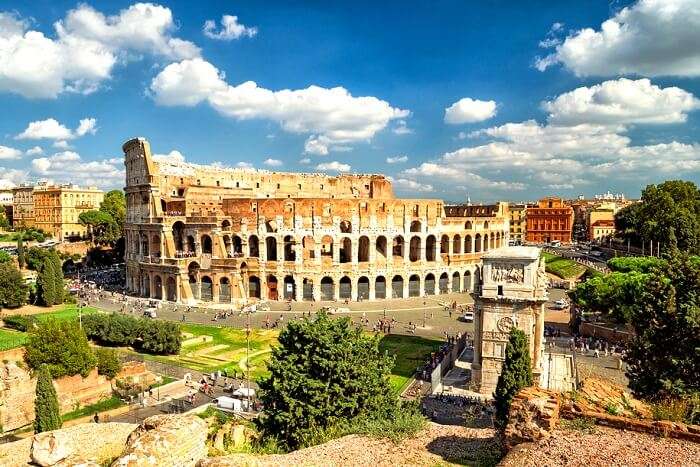 For a long period of time through history, Rome has been leading the way among the most beautiful cities of the world. Designated as the seat of the Catholic church since the advent of Christianity, it is also one of the most visited places by pilgrims around the world. For people wishing to explore a bit of historical glory, monuments like the Colosseum and the Pantheon gives you the taste of the architectural excellence that once was the Roman empire.

The culinary achievements of Roman chefs, exotic cheeses, and the legendary cappuccino served in the city of Rome are not to be forgotten either. All of this, along with the scenic views of the hills and the rivers Tiber and Aniene, makes Rome one of the must-visit places in one’s lifetime. So, plan a Rome travel – the eternal city to travel soon

Must Read: Pompeii Ruins: Everything You Need To Know About This Historic Gem In Italy

Why Is Rome Called The ‘Eternal City’?

This has been a standard question asked by many tourists. Rome has been labeled as the ‘Eternal City’ for many centuries, dating back to the Roman era, presuming even Julius Caesar himself. Although this moniker was first applied in the 1st century BC to commemorate the existence of Rome for the last five centuries, this title is also used for many other purposes since the classic Romanticism and Renaissance periods.

Rome, the eternal city in Italian is labeled as ‘La Città Eterna’. This notion of eternity can be experienced through any activity you might want to indulge in while in this Italian capital. Whether you are fawning over the frescos in the St. Peter’s Basilica, or marveling at the beauty of the Castel Sant’Angelo, or just exploring the city while on a romantic date with your better half, the experience is eternal.

Also known as a city mad for football, Rome has eternally stood for football clubs such as Lazio and Roma. Also notable is the fact that most of the players in the ‘Azurri’ – the Italian football team, trace their origins to this Italian capital.

How To Reach Rome?

Getting to Rome, the ‘Eternal City’ is a very easy affair from all the cities of Europe. Flights from cities such as London, Paris, and Zurich fly to Rome on a daily basis. Also, the European road transport network connects Rome to countries such as France, Switzerland, Monaco, Austria, and Hungary.

Suggested Read: 8 Cozy Homestays In Italy For Truly Home Away From Home Experience

The city of Rome contains many secrets within itself, which lie undiscovered for you and your touring party to explore upon your next visit to the Italian federal capital. For the sheer joy of discovering the blend of ancient heritage with the modern cosmopolitan outlook developed by this global city, you should definitely plan and book a Rome travel – the eternal city is waiting to flaunt itself in front of you for eternity.

Is Rome known as the Eternal City?

Yes, Rome is known as the Eternal city.

How old is the city of Rome Italy?

Why is Rome called the Eternal City?

Rome is called so because the people of Rome used to think that whatever may happen to the world, Rome will always stand firm forever.

Is Rome the city of love?

No, Rome is not called the city of love.