A Fantastical Honeymoon In The Fairy-tale World Of Mauritius 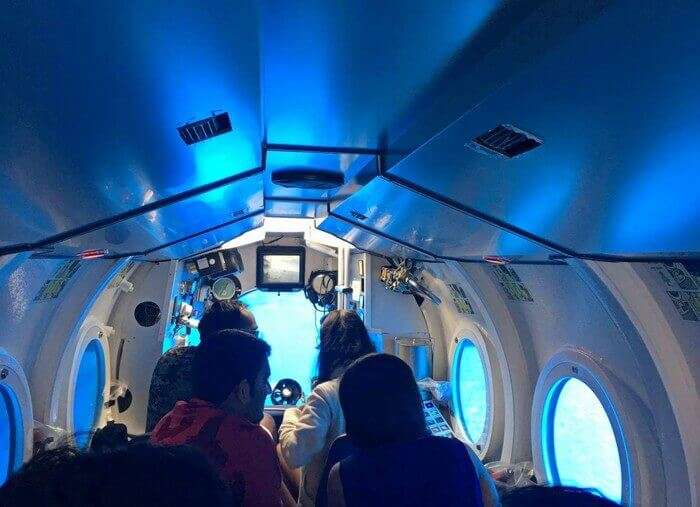 Not too far from India lies a mesmerizing island Mauritius, which holds the power to enchant its viewer. Giving himself away to the same, Sandeep booked a honeymoon package to Mauritius through TravelTriangle. At a price of INR 292,000, Sandeep’s honeymoon package was inclusive of his accommodation, all sightseeing and transfers on private basis and return flight tickets. Back from his honeymoon, here, he brings his experience to light.


For our honeymoon, my wife Samatha and I did not want to travel for more than 5-6 hours, neither did we want to visit a cold country. Considering the same, Maldives and Mauritius fit the bill, out of which we zeroed in on Mauritius. To begin with, I started placing requests on different travel websites but I got the most prompt and the most personalized response from TravelTriangle. They seemed keen on making the trip happen. Eventually, I got in touch with Shivani Travels who further planned the trip for me. The agency’s representative – Ila, was simply excellent. She helped us throughout the trip and handled each issue with dedication. All in all, it turned out to be a very well planned trip and I did not have to worry about a thing.

Day 1: Getting comfy at the resort

Suggested Read: Their Idea of A Perfect Honeymoon In Mauritius Will Give You Major Relationship Goals

After a unsatisfactory experience with Air Mauritius, we were glad to land at an extremely well-managed Mauritian airport. For even a handful of people, 10-15 counters were open and we did not have to wait in queues for the completion of the arrival processes (immigration). Our cab driver-cum-guide was waiting for us and took us to our resort – The Inter Continental. He was very courteous and even informed us about KK’s upcoming concert in Mauritius. Had it not been for him, we would have missed this fantastic event.

Bowled over by the magnificence of the resort, we decided to simply explore the property on the first day. Spread across an area of around a kilometer, the InterContinental had a wide range of activities to choose from — scuba diving, glass bottom boat ride, chilling at the pool bar etc. We relaxed during the most of the day and in the evening, went for dinner at the resort’s main restaurant – Senso.

On each day, there were special arrangements made by Senso, like dance performances, DJ nights etc. On this evening, there was a romantic beachside dinner organized for us. Oil lamps were lit and we were given complementary drinks too. It was a beautiful evening, perfectly crafted for a honeymoon romance.

The next day we had to go for the South island trip. Despite us getting late by an hour, our driver got our whole trip covered. We started by visiting the Rochester Waterfalls, where we witnessed distinctly visible layers of rock, formed over millions of years. There was a peaceful silence around, with only the rush of water making its noise. We stopped here for an hour and left for the Ship Building Factory. The factory had all kinds of navigation-related items and mementos and from here, we bought a ship built in the image of Vasco Da Gama’s ship.

By now, we had grown hungry and felt like having Indian food. So we stopped at an Indian restaurant and had an amazing thali. We also indulged in some shopping in South Island since everything was available at a very reasonable price here. But the two things worth mentioning on the South Island trip would be our visit to the Seven Sands and the Volcanic Crater.

After an hour’s drive, we reached the mesmerizing Seven Sands, where (as the name suggests) we saw a stunning spectacle of 7 types of sands formed by volcanic activity. We stayed there for half hour and went to the Volcanic Crater around 5 pm.

Mauritius is replete with the marvels of nature. And all these places that we visited in the South Island had their own distinct beauty that we thoroughly enjoyed. Back at the hotel, they had a set up a disc. So while we had dinner, we enjoyed watching other people dance.

Day 3: Playing along with Mauritius

Our hotel had so much to offer that we could have spent days within its premises only. One such bounty of the hotel was the poolside bar. The pool set up was such that we could relax and have drinks while being half immersed in the pool! We chilled at the pool, had drinks and chit-chatted while the weather had grown pleasant.

We were having a great time, laying back and enjoying the beauty of Mauritius. After some time, we went to the beachside. What we came across was fascinating– a small area of the sea cordoned using boulders. The water was very calm and clean here and immersed in the same, we allowed the beautiful sunset to benumb our senses. Meanwhile, we got in touch with Ila (Shivani travel’s representative) to request tickets for KK’s concert and thankfully, she proved extremely helpful. She not only got us tickets at the front but did not charge anything beyond the actual price of the tickets.

Experiencing a breathtaking sunset, we proceeded for an early dinner at 6 pm since we had to attend KK’s concert. Here, we had an absolute blast. We had never witnessed a concert like that ever and the experience was beyond expectations. We got the front seats, from where we relished KK’s mesmerizing voice and the energy of the crowd. The concert went on for around 4 hours and we got back to the hotel by midnight. Even when the way back to the hotel was surrounded by dense forests, we did not feel unsafe even for a minute. Such is the ambience and reputation of the country.

Suggested Read: 12 Exciting Water Sports To Try In Mauritius For An Out-of-the-world Experience

The next day was a public holiday in Mauritius. As a result, we had to postpone the water activities that we were so excited about and went for a North Island tour instead. We went driving around the city and paid a visit to the Fort Adelaide and The Waterfront. We bought a few souvenirs and entered a good Indian restaurant where we had a finger-licking biryani.

The trip was short and we got back to the hotel as the afternoon receded. But we managed to witness the sunset at the beachside of the hotel. The skies were dramatic and waves were lashing against the rocks. It was a very romantic experience.

In the second half of the day, we booked an activity which was not included in our package — The submarine trip. For 8000 Mauritian Rupees per person, we were taken around 120 feet below sea level. Down under, we saw some fantastic, never-seen-before fishes and corals. We couldn’t have imagined the magical world that the submarine opened to us.

The submarine then took us to the site where a ship had wrecked in the 1990s. Much to our fascination, the details were clearly visible — the broken glass, the broken helm etc. The submarine took us around the sunken ship and we witnessed how an actual shipwreck would be like. It was a very thrilling experience, like watching Titanic in 3-D and that too underwater! It was roughly a one hour trip and then we were taken back to the shore. These two hours were worth every minute.

On coming back to the hotel, we freshened up and proceeded for dinner at the hotel’s Mauritian restaurant. By now, we had grown fans of the Mauritian food and we got to enjoy dinner along with their evening dance performance. We were even made to shake a leg along with the dancers!

The most adventurous part of our trip finally met us one day before leaving Mauritius. On the way to the small French Island — the Ile Aux Cerfs — we were booked for a whole adventure package. The fun took off with parasailing, wherein we caught bewitching glimpses of Mauritius while keeping the birds company.

The next one in line was the Underwater sea walk. Sporting a bulky mask, we delved into the blue for the underwater walk. What followed was like a dream – we were surrounded by exotic fishes and they even came to us to eat the food that we were carrying in our bare hands. It was simply beautiful.

While we were still in awe of the preceding two activities, we were taken for the tube ride. Sitting on a tube tied to a running speedboat; we laughed, hooted, and thoroughly enjoyed our time. Looking at our excitement and enthusiasm, those guys gave us 3 more extra rounds! For my wife Samatha, this was the best experience, while for me — parasailing stole the show!

These amazing four activities took around 4 hours and we finally proceeded to the Ile Aux Cerfs. Now the location of this most sought after tourist destination in Mauritius was like that of a movie — a beautiful little island with turquoise water, small waves and white sand all around.

From there onwards, we were taken to a waterfall on a speed boat. En route, we experienced views of gigantic mountains starting straight from the sea. As soon as the sea ended, there was a steep wall of mountains – as if an underwater mountain was rising out of the sea. It is a sheer scenic beauty. This is found to be the best part of Mauritius – an admirable mix of seas, mountains, volcanoes and dense greens, all in a place as small as Mauritius.

Day 6: Waking up from a dream

The room that we had opted for was an ocean’s view Jacuzzi room with a personalized terrace. Although we used to relax frequently on the terrace, we spent the morning of our last day in the same manner. We also availed the complementary spa treatment offered to us by the resort and left the resort at 2:30 pm.

Since we had some spare time before boarding the flight, we decided to visit the Shiva temple and the tea gardens. The visits were not in the package, but we got it complementary. On reaching the airport, we shopped for some duty-free stuff ad took off to India.

Low Points: In the InterContinental, the food was amazing and the location excellent but their housekeeping was not up to the mark.

Tips for future travelers: Do try the prawn dishes served at the Chinese as well as the Mauritian restaurants of The InterContinental. Also, if your budget permits, give the submarine ride a chance to benumb you.

Put all confusions to rest and book your honeymoon package to Mauritius, now!

Mauritius Vs Maldives Vs Seychelles Infographic: Which Is Your Ideal Holiday Paradise?

Scuba Diving In Mauritius: Witness The Exotic Underwater Life At These 17 Spots!

Grand Bassin: All You Need To Know About The Holy Temple In The Heart of Mauritius

Le Caudan Waterfront: A Handy Guide To Experience A Shoppers Paradise In Mauritius!