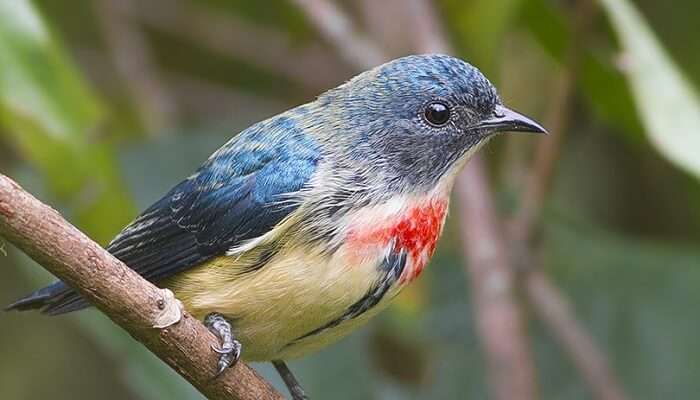 From an independent country in the 17th century to the second smallest one and multilingual state in Northeast India since 1975, Sikkim had designed its journey as delightfully as its beauty. Sikkim is the least populated state with Gangtok as its capital and a center of attraction. Bordered by three neighboring countries Tibet, Bhutan, and Nepal, Sikkim state has never failed to attract the world with its appealing beauty and interesting history.Apart from ranking top in the list of nature, interestingly, Sikkim also remains the highest-income state in the country. It has a rich culture with ‘Sikkimese’ as a state language along with other languages spoken by the masses. This tiny state usually witnesses rain throughout the year. The sun is pleasant and bright during summers while snowfalls are common during the winters. With a serene view of the mountains and hills with the silver caps, Yak riding, trekking, Sikkim Wildlife is truly blessed with nature’s bounty.

To unscramble Sikkim wildlife, snow-capped mountains, ancient forests, one has a lot to explore in the unseen universe of this vast land. Lying in the lap of nature, there are seven famous wildlife sanctuaries in Sikkim, and also one National Park where beauty and peace are at its peak. Let’s have a look at them all.

Khangchendzonga, situated in the North Sikkim, is also known as Kanchenjunga. It has the highest mountain in India and maintains the distinction of the 3rd highest mountain in the world. Standing tall and proud at 8,586 meters height along a section of the Himalayas, it had been declared a National Park in the year 1977. This National Park has a total area of 1784 km which is dedicated to the protection and conservation of the region’s biodiversity.

Kanchenjunga is a major attraction of an exquisite Sikkim Wildlife experience that you experience upon your visit. It accommodates numerous varieties of splendid trees, plants, flowers, and animals. The astonishing landscapes and chilling waterfalls are the soul-soothing ones. Many animals like Red Panda and Himalayan Birds et al are the hundreds of species that can be seen on a jeep safari, which remains an extensively delightful ride in itself. For a once-in-a-lifetime experience, you must get there to feel a closeness to nature.

Best Time to Visit: In between March and May as well as September and mid-December. Any other month can also be chosen for a trip. It though welcomes the visitors throughout the year
Entry Fee: For Indians, it is INR 200 for the first seven days of the trip. For additional days, it is INR 40 per head. The entry fee per head for Foreigners is INR 400

Must Read: Paragliding In Sikkim: 6 Spots Where You Should Definitely Try Out This Thrilling Activity

Famous Pangolakha Wildlife Sanctuary in East Sikkim is a notable landmark in the hilly state. It covers an area of about 124 square km and is surrounded by the Pangolakha Range and the Chola Range respectively. It also shares a unique connection with the forests of the neighboring country Bhutan besides that of the neighboring West Bengal state. A few small villages are also situated in it’s amidst.

A notable name of Sikkim Wildlife is home to some of the most exotic animals such as the Asiatic Black Bear, Red Fox and about 300 Red Pandas which also happens to be the largest number in the world reserved at one place. It also has the rare species of flora which includes the Silver Fir, Oak, Bamboo and the Rhododendron amongst others. All in all, it has about 101 species of trees in its forests. But for what gets photographers flocked in huge numbers at the Pangolakha Wildlife Sanctuary in Sikkim is the variety of birds that includes even the endangered species whom it accommodates.

Best Time to Visit: It is cool and enchanting all year long and so is easily accessible
Ideal For: Bird watching and Trekking

Suggested Read: 6 Amazing Things To Do In Yuksom On A Culture Trip To Sikkim In 2020

Considered one of the famous wildlife sanctuaries in Sikkim, this lovely sanctuary is located in the West Sikkim with an area of about 104 square km. It is surrounded by the Singalila Range and so does it share its border with the neighboring country, Nepal. It is home to the exotic wildlife animals including the Himalayan Langur, Leopard Cat and Himalayan Palm Civet amongst others.

It is also known to be home for the variegated species of migratory birds. That is why it attracts a countless number of bird lovers and birdwatchers throughout the year. However, this sanctuary is not like one of the typical Wildlife Sanctuaries in Sikkim. This wildlife sanctuary is still not an as popular as its counterparts in the region yet its diverse and abundant flora and fauna especially exotic plant species, Rhododendron appeals to many nature lovers.

From atop, glorious Singalila range is also visible and especially the misty Mount Kanchenjunga captivates everybody. They make for a breath-taking view.

Best Time to Visit: November to May. Snowfall and rain might dampen your trekking experience and also the Rhododendron Flowers won’t be a part of your experience during some months
Ideal For: Trekkers, birdwatchers, photographers and Rhododendron enthusiasts
Stay Options: There are several guesthouses and hotels around it but choosing the camping and lodging options within the sanctuary area will take your wildlife experience to the next level for sure. Small places can be rented in the Rhododendron forests as well

Away from the human disturbances and far from the maddening crowds; this sanctuary has the best of the Sikkim Wildlife exposures to offer you. It has an area of about 52 square km. It had been established several decades ago in the year 1984. It remains famous globally for its Avocado trees. Several hills fall under its premises out of which the highest one being the Tinjurey peak at a height 2130 m. It is regarded as an extension of the Kangchendzonga National Park. A few small villages are in its midst named Mangan, Dikchu, and Pangthang. They always remain the center of attraction for the visitors.

Best Time to Visit: April to July, when the Rhododendrons are in full bloom
Timings: Morning 8 AM to 3 PM
Stay Options: Lodging is provided in the Sanctuary itself, and it costs Rs. 50 per night for one person
Ideal For: Bird watchers, trekkers, and photographers

Suggested Read: Gangtok Honeymoon: A Handbook About This Ultimate Paradise In Sikkim!

Located on the eastern part of Sikkim, this wildlife sanctuary is home to many rare and endangered species of plants. Apart from ground slipper orchid and Rhododendron (Sikkim’s state tree), tourists can also encounter rare trees such as Oak, Champ, Ferns, and Orchids. In addition, tourists can also find a glimpse of species of musk deer, Himalayan black bear and red panda frequently in this sanctuary. To spot or encounter rare animals easily, you need to be at the right place at the right time.

One of the beautiful sanctuaries in Sikkim, Shingba Rhododendron Sanctuary grabs the attention of every single visitor with its marvelous beauty. It is home to colorful floral species, including orchids and rhododendrons, which make it one of the must-visit sanctuaries not only in Sikkim but also in India. It is also a favorite place for adventure and nature lovers. People from different parts of the world visit the attraction in Sikkim in order to get a glimpse of the bright colored flowers including pink, maroon, cream, purple and red.

Best Time to Visit: April and May (in this time, enjoy the beauty of the blooming flowers)
Timings: Sunrise to Sunset
Time Required: 2-3 hours

Established in 1987 and spread over an area of 14 square kilometers, Maenam Wildlife Sanctuary is one of the most popular wildlife sanctuaries in Sikkim. Rich in varieties of medicinal plants, the Wildlife Sanctuary is a treat for nature lovers. A paradise for nature lovers, you may encounter its rich flora and fauna. Long after your visit, tourists might still find themselves wandering amid its forests and jungles, encountered during a trip. The Maenam wildlife sanctuary in Sikkim would be home to the first of its kind wildlife skywalk of India soon.

Suggested Read: 20 Drool-Worthy Restaurants In Sikkim For A Scrumptious Retreat

Kitam Bird Sanctuary is a protected sanctuary located at Kitam near Namchi, Sikkim. This peaceful, riverside nature conservation area is a paradise for tourists who want to see the peafowl & other species in their natural habitats. Tumbol Schor, the highest point of Kitam Bird Sanctuary, is popular for offering great panoramic views of the surrounding mountains. Therefore, it is also regarded as one of the best sanctuaries in Sikkim that keep the bird and animal watchers hooked during their entire visit.

Timings: Sunrise to Sunset
Time Required: 5-6 hours
Best Time to Visit: Between October to May as in winter several colorful migratory birds come to visit here

Misty mountains, pleasant rivers and waterfalls, mesmerizing views, a plethora of wildlife – the kind that is rare and hard to find anywhere else, and most importantly, the National Parks besides popular wildlife sanctuaries spread in the tiny state are the precious gems of this place. You can truly make the best of the memories during your Sikkim holiday, as you’ll be surrounded by nothing but pure nature and its countless marvels!

Q. What is the best time to visit Sikkim?

A. Anytime from March to May and October to mid-December as it only then the nature blooms. Don’t miss it out in the Springs but Autumn is when you can watch the Himalayan Ranges in the clear and full view. If you want to experience snow then definitely visit these places during winters.

Q. What is the local language in Sikkim?

A. The regional languages are Nepali and Sikkimese. But you don’t need to know this language as you can get by in most of the Sikkim with just English. Hindi is also spoken much.

River Rafting In Sikkim 2020: When On A Vacation, Just Go With The Flow

9 Epic Wildlife Sanctuaries In Kashmir That Will Take You A Step Closer To Nature’s Goodness!

12 Wildlife Sanctuaries In Rajasthan To Spend A Day Amidst The Wildlife In 2020!

6 National Parks In Uttarakhand That Calm Your Adventurous Side In 2020!

These Top 4 Valleys In Sikkim Are All About Hairpin Routes, Lush Trees, And Tranquility!

7 Wildlife Sanctuaries In Goa That Will Let You Explore The Other Side Of This Gem In 2020!