11 Spanish Museums That Offer A Sneak Peek Into The Culture, Art, And History Of The Country 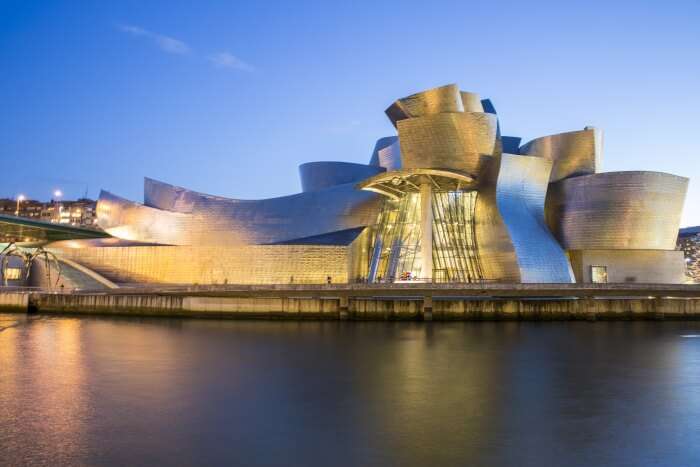 They say that a trip to a new country is never complete without a visit to the country’s museums because museums fill our hearts up with experiences that no other place can deliver. The Spanish Museums also display the works of famous Spanish artists, Picasso, and Salvador Dali, giving visitors a chance to go back in time and have a look at the artists’ masterpieces. Most of the museums in Spain also have a state-of-the-art architecture that pulls in herds of tourists, who are left in awe of the marvelous structures erected by world-famous architects.

If you think that Spanish Museums are only for lovers of fine art, we have some good news for you! You will be thrilled to see museums on archaeology, science, underwater archaeology museums, museums on Surrealism and more in Spain.

Image Source
Located in Madrid, the Prado Museum is a Spanish national art museum and is one of the most famous Spanish museums. This national art museum was first opened to the general public in the year 1819 and houses some of the most iconic artworks that date back to the 12th century. El Prado is often described as a museum of painters as it is a display of the artists’ work collectively, including the works of Titian, El Greco, Rubens, Bosch, and Goya.

Location: Paseo del Prado, Madrid, Spain.
Timings: The museum remains open all through the week from 10 am to 8 pm.

Location: Palau Nacional, Parc de Montjuic, Barcelona, Spain.
Timings: The museum remains open from 10 am to 6 pm from Tuesdays to Saturdays. On Sundays, the museum timings are till 3 pm. It remains closed on Mondays.

Image Source
The Reina Sofia center was opened to the public in the year 1990 and houses a major collection of International and Spanish works of art that represent the art of the late 19th century. Just two years after the museum was opened to the public, the world-famous Pablo Picasso Guernica was installed in the museum. There will never be a dull moment when you at Reina Sofia as all the 18,000 pieces have been rearranged, displaying the theme of Surrealism; the Pavilion of the 1937 Republic; and the Spanish Informalism of the 1950s for the public to see.

Image Source
The magnificent Guggenheim Museum was designed by Frank O. Gehry, an American architect. The museum exhibits modern and contemporary artistic masterpieces. Opened to the public in the year 1997, this museum has a beautiful floral sculpture of a dog constructed by Jeff Koons which has become the international symbol of Bilbao over the years. The Guggenheim museum also displays the works of David Salle, Louis Bourgeois, Robert Rauschenberg, and Jeff Koons.

Location: Abandoibarra Etorb., 2, Bilbao, Bizkaia, Spain.
Timings: The museum remains open from 10 am to 8 pm on all days of the week.

Image Source
The Dali Theatre-Museum displays the life and work of the world-renowned Surrealism genius, Salvador Dali. Located in the former Municipal Theatre, the Dali Museum is often described as “the largest Surrealist object’ and is a gateway to all the works of Salvador Dali, showcasing all of the artist’s masterpieces, ranging from his first works of art to his greatest masterpieces. When you visit this art and science center, we are sure you marvel at the architecture, and design of the place.

6. The City of Arts and Sciences, Valencia

Image Source
Seated in the heart of Valencia, the City of Arts and Sciences is one of the largest cultural and scientific complexes in Europe. and designed by well-known Valencian architects, Santiago Calatrava, and Felix Candela. The centre has six main elements, the ‘Hemisferic’ for Digital films, the ‘Umbracle’ for the view of the landscape, the ‘Principe Felipe Science Museum’ that has an interactive science centre, the ‘Oceanografic’ for Europe’s largest aquarium that houses over five hundred marine species, the Reina Sofia Palace of the Arts which is dedicated to Opera and then the sixth element of the ‘Agora’ which is a hub for concerts and public activities.

Location: Avenue del Professor Lopez Pinero, Valencia, Spain.
Timings: The center remains open from 8 am to 12 am on all days of the week.

Image Source
The Altamira National Museum gives visitors more insight into the pre-historic era of the Iberian peninsula. You will learn about the different facets of life in Altamira including the lifestyle of the locals, culture, art and hunting techniques. The most fascinating part about this museum is the replica of the Altamira Cave which was discovered by Marcelino Sanz de Sautuola in the year 1879. It will be a fairly unique experience in the theatre as all the walls have something to tell.

Image Source
The Picasso Museum is a manifestation of Picasso’s wish that his artwork must be put on display, in his city of birth- Malaga. Located in Malaga, within the Buenavista Palace, the museum is a permanent exhibition that is a collection of selected pieces from the other two collections of Picasso namely the Christine Ruiz-Picasso collection and the Bernard Ruiz-Picasso collection. You will see about 200 works that represent the different styles, materials, and techniques that were used by Picasso to create those works of art. It also holds temporary exhibitions, cultural activities, and educational activities for the general public.

Location: Palacio de Buenavista, Calle San Agustin, Malaga, Spain.
Timings: The museum remains open from 10 am to 6 pm on all days of the week.

Image Source
The National Museum of Roman Art in Merida was first opened to the public in the year 1986 and has sophisticated architecture conceptualized and designed by Rafael Moneo. The museum gives visitors a deep insight into the Roman civilization and explains how the Roman civilization was one of the most important eras in the history of Merida, right from its contribution to the building of the Mitreo Roman House to the Roman theatre of Merida. On display are ceramics, glassware, paintings, coins, sculptures and even mosaics that are pieces straight from the Roman civilization.

Location: Calle de Jose Ramon Melida, Merida, Badajoz, Spain.
Timings: The museum remains open from 9:30 am to 8 pm from Tuesdays to Saturdays and from 10 am to 3 pm on Sundays. Museum remains closed on Mondays.

Image Source
The National Sculpture Museum has a range of sculptures including altarpieces, funerary monuments, choir stalls, and processional statues. The life-sized sculptures at this museum convey emotions and sensations to visitors especially because of the poly-chromed wooden material that makes the sculptures come to life. Two of the most striking pieces of the museum are the 16th-century altarpiece of San Benito sculpted out by Alonso Berruguete and the altarpiece symbolizing Christ’s descent from the Cross, sculpted by an anonymous sculptor.

Location: Calle Cadenas de San Gregorio, Valladolid, Spain.
Timings: The museum remains open from 10 am to 2 pm and then from 4 pm to 7:30 pm from Tuesdays to Saturdays. The timings on Sundays are from 10 am to 2 pm, it remains closed on Mondays.

Image Source
This Museum is dedicated to all the discoveries made by archaeologists on their underwater excavations. One of the most interesting Spanish museums, the National Museum of Underwater Archaeology is a collection of the rich underwater archaeological heritage that features the amphorae, anchors and even a life-size model of a Roman merchant ship.

Location: Paseo Alfonso XII, Cartagena, Murcia, Spain.
Timings: The museum remains open from 10 am to 8 pm from Tuesdays to Saturdays and from 10 am to 3 pm on Sundays. It remains shut on Mondays.

5 Legit World War 2 Sites In Europe That Are A Must-Visit For All!