Spring Lantern Festival In Hong Kong 2021: All About Love, Lights And Legacy 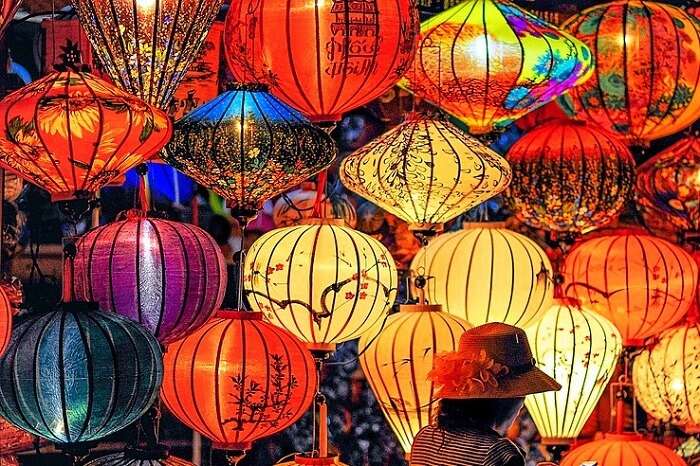 Arguably the most widely celebrated festival in China as well as Hong Kong, the Spring Lantern Festival in Hong Kong is celebrated on the 15th day of the Chinese New Year. The festival is also known as the Yuan Xiao Festival, because of the popular Rice Ball that is eaten during the festival. The event will be marked by lighting the iconic Chinese Red Lanterns representing the hope for the 2021.

The Festival finds its origins dating back to the time of the Han Dynasty. Dedicated to Buddha, the Buddhist monks from all over China would light up Red Lanterns to mark respect. Releasing the Red Lantern representing good luck symbolizes people letting go of their past and embracing a positive future full of good luck and prosperity. The festival is always on the first full moon of the year.

There are some subtle yet beautiful traditions that are being followed since the beginning like the tradition of Riddle Solving. This practice involves a quiz conducted between young people who think themselves to be intelligent, these people solve the riddles written on the lanterns and showcase their intelligence. No festival in the world is complete without food, same goes for this festival.

Although major fiesta happens on the 15th day which is also the first full moon of the Chinese Lunar New Year, the carnival that includes many exhibitions, displays and activities start one month prior to the festival because of the Chinese New Year which falls just 15 days prior to the Spring Lantern Festival. The day of the fest falls on a day between the last of 2nd week of February and the first week of March.

Suggested Read: Victoria Peak In Hong Kong: A Guide To The Epitome Of The Country’s Beauty!

Image Source
Due to the continuing New Year festivities and the festival, finding accommodations in the packed Hong Kong Hotels is not at all worth the money. You need to have the know-how about where to stay, where to eat during the festival if you wish to visit the place at all without being cheated. You can stay at the following places: YHA Mei Ho House. Rainbow Lodge Hong Kong, Hop Inn on Mody & Urban Pack

Suggested Read: Lan Kwai Fong In Hong Kong: Things To Know Before Getting There

Spring Lantern Festival In Hong Kong 2021: Things To Do

There is an abundance of interesting things that can be done during the Festival in Asia. You can see various exhibitions and displays of the lanterns, among other things:

A setup of amazing Lanterns is exhibited by the LSCD inside the grounds of HK Cultural Center, which just steps away from the Kowloon Star Ferry Pier. The displays that are exhibited here arent in any way similar to the traditional Chinese Lanterns, they are vibrant and can be of any shape and size. The displays are lit every night. You ought to visit these exhibitions during spring lantern festival Hong Kong in 2019.

Suggested Read: 10 Rooftop Bars In Hong Kong That Everyone Must Visit For An Ultimate High!

Also organized by the LSCD, this is a proper Carnival with various cultural events happening simultaneously that too in the HK Cultural Center itself. The Carnival happens on the 15th day of the Lunar New Year also known as Spring Lantern Festival. There are many performances by various groups and artists which change from Year to Year.

Further Read: 10 Reasons To Visit Hong Kong In 2021, The Sophisticated Fusion Of East And West

Spring Lantern Festival in Hong Kong is one of the most beautiful festivals, not just in China but all over the world. The Festive time is best possible time for a tourist to come and experience the raw energy of a place. The atmosphere at the Spring Lantern Festival is one of the most beautiful and electric at the same time. Words can’t define how beautiful each and every street look. Book your ticket to Hong Kong now.

Why is the Lantern Festival important to the Chinese?

Where is the Lantern Festival held?

Since it is a Chinese festival, it is held in China & Hong Kong.

What does the Lantern Festival symbolize?

For Chinese people, it is about letting go of your past and find a new self in the new year. It also represents reconciliation, peace, and forgiveness.

What foods are eaten during the Lantern Festival?

What is the Chinese dragon dance?

It is a form of Chinese traditional dance, often observed during festivals, to scare away the evil spirits. it is performed by a team of performers holding dragon up on the poles.

What is Mid Autumn Festival in Hong Kong?

Mid-Autumn Festival is celebrated in September-October when they eat mooncakes and worship the moon.

Goa Carnival 2022 Is Here To Make You Go Bonkers