4 Temples Near Chijmes In Singapore Where You Can Offer Your Prayers! 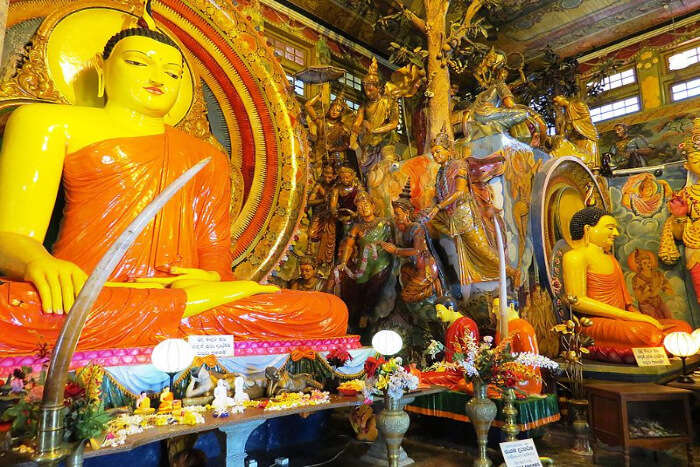 The temples near Chijmes were designed to dissolve the boundaries between man and the divine. The temple is the focus for all aspects of everyday life in the world – religious, cultural, educational and social. The temple is also the place where one can transcend the world of man. Hindus believe that their lives are merely stages in the progression to ultimate enlightenment. The temple is a place where God may be approached and where divine knowledge can be discovered. All aspects of the Hindu temple focus on the goal of enlightenment and liberation – the principles of design and construction, the forms of its architecture and decoration, and the rituals performed. It is their notion that their sins, anything from past activities, are wiped out. And all of these are determined by ancient texts called shastras compiled by the priests, the brahmins. The vastushastras were theoretical and idealised descriptions of the architectural traditions and conventions to be followed.

Most of the saints or sages who talked in depth were never understood for the simple fact that the divine they were talking about was nowhere related with the divine who could satisfy their desires.Pure scriptures were never easily accepted and even if it was; it was limited to a small segment of people for the masses they required physical relationship or something which they can relate with their senses. Thus the form worship came into being showing the essence of the pure scripture in a form which depicted lots of stories and myths so that people could relate to the space outside the temple. The temples near Chijmes allow a person who has desires to lead a life in illusion to work upon themselves and by going to such places again and again repeating the mantras in a certain manner, chanting names they shall one day suddenly realize that the inner spirit is reciting with them or singing and dancing with them.

We have shortlisted 4 temples near Chijmes that are like the greatest gift to the coming generations. They stand for generations and generations to come, almost like the holy baton is carried. They have a special significance in the history of Singapore. They’re the epitome of Him, which they personify in those inner shrine, established idols:

Image Source
The oldest Hindu temple in Singapore, Sri Veeramakaliamman Temple is dedicated to Goddess Kali. It was built in 1881 by migrated Hindus, and today is among the most popular historical sites in Singapore. The temple was beautifully redesigned with six stories and colorful interiors in 2014. The intricate carvings and sharp detailing are spectacular.

One of the most charming and beautiful temples in Singapore, this temple finds its origins back in 1842. The temple is dedicated to Ma Zu, who is the Taoist Goddess of the Sea, making it a rare find – a Taoist temple in Singapore.

Complete with its Chinese architecture, history and customs, this temple is a worth visit on your trip to Singapore.

Image Source
This temple and museum was built only ten years back but speaks of a history centuries old. Located in Chinatown, the temple has its architecture inspired by the Chinese Tang dynasty. This place houses the tooth of Buddha, which is considered a holy relic in Buddhism, placingit on every must-visit Buddhist temple list in Singapore.

Apart from that, it is also home to many beautiful artworks related to the life of Lord Buddha as well as a garden and a bookstore.

At times people come approach the temples near Chijmes to solve their problems. Temples are not simply any building or monument, but they have more holy faith of all humans. Book your Singapore vacation and be prepared to be mind blown by the beauty and resplendence of these architectural marvels. We promise you’re in for a treat. You will have the greatest time at Chijmes and you will not be disappointed by anything that this region in Singapore offers. Are you set to be amazed by the beauty of these places of religious importance? Pack your bags and set off for this amazing place. You won’t regret it, we assure you.

Q. What is there to do in Chijmes?

A. Some of the things to do in Chijmes: visit Gardens By The Bay, tour the Singapore Botanical Gardens and visit the Singapore Zoo.

Q. How many temples are there in Chijmes Singapore?

A. Some of the most popular temples near Chijmes, Singapore are: Sri Mariamman Temple, Sri Thendayuthapani Temple and Sri Veeramakaliamman Temple

Q. What is the entry timings for Sri Veeramakaliamman Temple?

A. Sri Veeramakaliamman Temple in Singapore remains open from 5AM to 9PM.

Q. Where is the Sri Sivan Temple in Singapore located?

A. The Sri Sivan Temple is located at Geylang East area of Singapore.