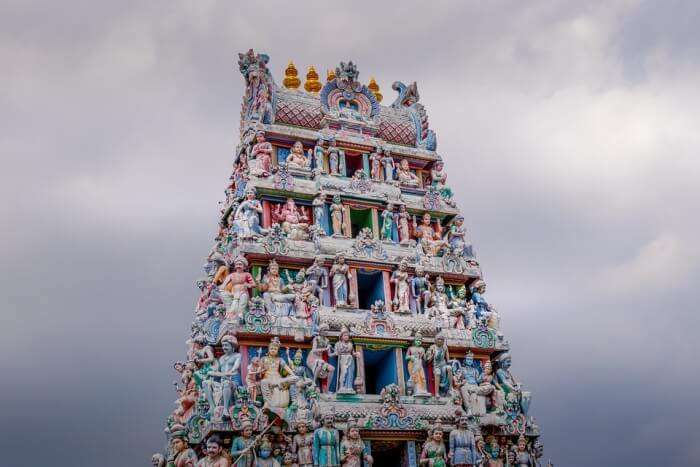 Singapore is an amalgamation of modernity, nature, culture, and religion. The country is a home to a multitude of cultures and traditions. These are essentially defined by the various religions that are practised in this Southeast Asian country – Buddhism, Hinduism, Islam, and Christianity. The country has various Buddhist and Hindu temples that reflect the richness of both the religions. You can find numerous temples located around some of the most prominent tourist attractions in the country. You can even find many temples near Southern Ridges in order to seek peace and enlightenment after a long day spent in sightseeing.

When it comes to religion, Singapore is one of the countries where this aspect i given as much importance as the factors like urbanisation as well as economic development. Most of the people in Singapore practise the religion of Buddhism and therefore you can find various monasteries in this place. You’ll even find a number of mosques and churches here that are known for their tranquil ambiance. You might as well consider the society prevailing in Singapore as conventional when it is about religion.

You don’t really have to think much when it comes to planning a visit to this Southeast Asian country, for the tropical rainforest climate remains unchanged throughout the year and even the temperature doesn’t fluctuate much. There aren’t even dramatic seasonal changes in the country. Nevertheless, visiting the country during the time period between February and April is what most people prefer, as this is the time when the country is festive and one can get indulged in various outdoor activities.

When you want to go on a shopping spree, then planning a visit during the time period between June and August is the best, for the Grand Singapore Sale happens this time only. This is also the best time for those who want to avoid crowds and higher fares.

Singapore is home to various tourist attractions for which people from all over the world visit this island city state. One such attraction that is a treat to the eyes and an ideal place to stroll around is Southern Ridges. It is a trail that is 10 kilometer long and stands as a nexus between the parks lying around the Southern Ridge, located in HarbourFront and Kent Ridge Park. This place is the perfect spot to have a peaceful time in and remains opened for 24 hours.

There are various temples located at a close distance to this tourist site in Singapore. Each temple either possesses or represents the historical and mythological significance of the island city state. These temples almost give you a peek into the cultural structure of Singapore. Scroll through to know more about these temples individually!

One of the most charming and beautiful temples in Singapore, this temple finds its origins back in 1842. The temple is dedicated to Ma Zu, who is the Taoist Goddess of the Sea, making it a rare find – a Taoist temple in Singapore.

Complete with its Chinese architecture, history and customs, this temple is a worth visit on your trip to Singapore.

Make your vacation in Singapore a worthwhile experience by ensuring you visit all the amazing points of interest the country is a home to. On your visit to Southern Ridges, you’ll get to absorb the beautiful, lush-green surroundings amidst which you can enjoy a peaceful stroll. After this, you can further make your experience amazing by making a visit to the temples near Southern Ridges.

Snorkelling In Singapore: Top 4 Spots For A Rejuvenating Holiday In 2021

12 Places To Visit In Jurong East In 2021 Whose Beauty Will Indeed Leave You Stumped!