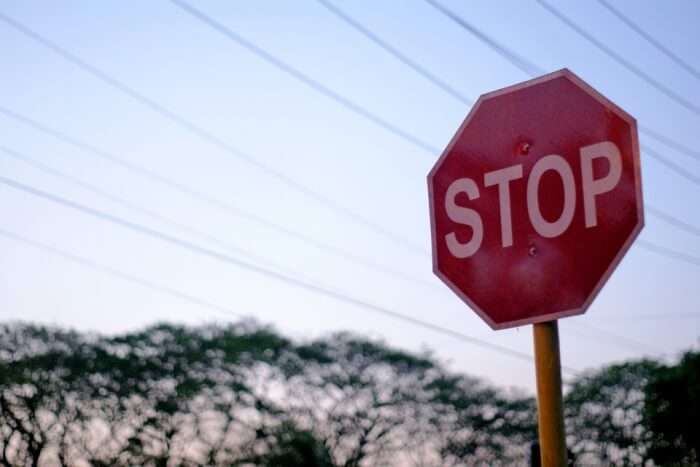 Located between the western part of Asia and the eastern part of Europe, Turkey is a Middle Eastern country rich in culture, which is influenced by Roman, Greek, Ottoman, Byzantine, and Persian empires. This is because these empires governed it in the past. It should come as no surprise that Turkey has been through a bumpy ride when it comes to its long and illustrious history. While a majority of Turkey’s population identifies itself as Turkish, people of Kurdish origin counted among the minority in the country. When you are exploring this enchanting middle-eastern country, be cautious about things not to do in Turkey so as to make your whole experience pleasant!

14 Things Not To Do In Turkey

The civilization of Turkey started to occur in the 11th century when the Seijun Turks settled down in this area. Turkey thus boasts of a diverse array of culture, art, architecture, and so on. However, there are some things that you should avoid doing when in Turkey. If you’re thinking about what not do in Istanbul, Turkey then here are some of those things that you must include in your list of dos and don’ts in Turkey holiday.

1. Don’t Wear Shoes When Entering A Place Of Worship

Turkey is known for its extremely gorgeous and exquisitely designed mosques like The Blue Mosque. If you are visiting turkey for the first times, then you need to know about this very custom that Turks follow – taking their shoes off outside when entering a mosque.

You might have noticed that they do not even wear shoes in their homes. Thus, when in Turkey, make sure you take your shoes off when you enter a mosque or you will definitely offend the locals as they will interpret it as a mockery or affront to their customs and beliefs and you might as well be asked to leave or go out and enter only after you have taken your shoes off. This is one of the important things not to do in Turkey.

Must Read: Istanbul Mountains: 10 Top Places To Witness The Marvellous Beauty Of Nature In Turkey!

2. Do Not Forget To Maintain Table Etiquette

Food can be seen as one of the most authentic ways to get an insight into the culture of a place. Turkish cuisines have some of the most mouthwatering dishes in the entire world. However, when it comes to food, the tourists should never forget to follow the basic table manners, for the Turks are especially quite particular about it.

For instance, while using a toothpick, it is suggested you make it a bit discreet. It is because clearing your teeth without covering your mouth with hand would seem rude. The Turkish word for toothpick is ‘kurdan’.

3. Avoid Obscuring A Person’s View When He Or She Is Praying

Turkey is a country with most of its population following Muslim faith. They are supposed to pray five times a day ideally. Do not, even by mistake, obscure a person’s view or walk past a person praying from the front, as you will most definitely offend him/her.

This is because the Muslim custom dictates that when this happens, the person’s prayer is null and void and they would have to start again. So, consider this tip as very important tip in order to avoid confrontation by irate locals.

Suggested Read: 10 Exotic Places For Photography In Turkey To Boost Up Your Instagram Game

4. Do Not Be Disrespectful Of The Customs During Ramadan

The month of Ramadan is of cultural and religious significance to Muslims all around the world. When it comes to the majority population of Turkey, abiding by the rules vehemently is a given, as a way of to expressing their devotion. During Ramadan, they fast for an entire month and this is considered as one of the Five Pillars of Islam.

Ramadan is celebrated according to the Islamic calendar and not the Georgian one, so make sure you know if the month coincides with the month you are planning a trip to the country. If it does, you have to make sure you do not drink or eat anything in public nor offer or gift anything to a Turkish citizen who practices this annual observance during the day. These are some of the necessary things not to do in Turkey by the travelers.

5. Do Not Board A Cab That Does Not Have A Taxi Logo

Foreigners often get taken for a ride (metaphorically speaking) by Turkish drivers who see them as an opportunity to make an extra buck. They take an advantage of their unawareness about the rates normally charged and routes through city.

They tweak the functioning of meters installed in their vehicles and take longer routes to the destination that their customers are headed to. To not be taken advantage of install the BiTaksi App. You can get a trustworthy cab that will provide impeccable service. To avoid any confusion or prospective trouble, check the taxi logo at the top!

6. Do Not Wear Revealing Clothes

Even if you do not agree, it is better to keep in harmony with the customs and traditions of a country to avoid any dire consequences that could end up ruining your entire trip. Turkey is much more lenient than other Muslim conservative countries when it comes to these customs but there are still some things you must keep in mind such as avoiding revealing clothes.

Both women and men must forget about wearing shorts in Turkey and especially the women must cover their heads, as Muslim women do when visiting a mosque.

Suggested Read: Follow These 14 Tips When Travelling To Turkey With Kids

7. Do Not Misuse The Turkish Language

Whenever you travel to a foreign country, it is not just the destination that is evaluated but a lot is in your hands as well to develop or dispel a good or bad notion about your own country. Using the country’s language inappropriately can hurt the people’s sentiments and might as well lead to unpleasant circumstances.

So, it is imperative that you learn some of their manners instead and the Turkish translation of words like ‘thank you’, ‘excuse me’, ‘please’, and so on. These gestures will even help you establish cordial relations with the locals.

8. Avoid Being The One With Leftovers On Your Plate

It is considered to be an insult if you are a guest at a Turkish household for a meal and end up not eating everything that is on your plate. Because if you do leave something on your plate, your hosts will think you did not like what they had offered. It is a mark of extreme reverence and appropriate mannerism to not leave any leftover.

Suggested Read: Turkey In May: An Exquisite Guide For Your Wanderlust Soul!

9. Avoid Consuming Too Much Alcohol

Like mentioned before, Turkey is a Muslim country, which is comparatively not as strict as other ones. While Turkish citizens themselves do enjoy a drink or two on joyous occasions, drinking excessively or on a regular basis is frowned upon and coming across someone who is drunk in public is not something they are too fond of.

So, avoid getting too drunk and making any loud or obnoxious commotion in public due to that. On the other hand, smoking is permitted almost anywhere, even when having dinner; it’s almost like it is some kind of favourite pastime there.

Female travelers would not notice that men in Turkey prefer addressing you male counterpart. Do not get offended or feel left out as this is just a tradition which is followed, especially in rural areas of Turkey. They are just trying to protect your virtue. And similarly, as male a traveler, one must avoid simply walking up to a local woman to start a conversation in public. This is considered to be a threatening act.

Sometimes, simply looking around and observing people would tell you what not to do while in Turkey. Turkey is a Muslim country and most of the people consider alcohol as ‘haram’ or forbidden. You would meet people who are teetotalers or drink occasionally. But on the contrary, you would see a lot of people smoking around you. It is also considered normal to smoke on at the dinner table.

Do not indulge into buying any stones or fossils while you’re vacationing in Turkey as it’s considered as cultural artifacts, and it’s illegal to export them, consider it as what not to do when in Turkey. Many shopkeepers will try to sell it to you, but try and avoid as most of them are fake too.

A little bargaining or haggling while shopping won’t do you any harm, make sure you get the best price for whatever you buy in Turkey.

That’s right. The Turkish people have high respect for the founding fathers of the Turkish Republic, Ataturk. It’s imperative to not make jokes about him or even pass snide remarks if it at all comes up in conversation.

Turkey is a country rich in culture and has a lot to offer to its curious travelers. However, it is of extreme importance that you respect the customs and traditions when you are there. If you’ll go by the list of things not to do in Turkey that we have provided, you’ll be able to enjoy your trip in Turkey without any hindrance!