Things To Do In Granada: The Spanish Capital Of Medieval Architecture 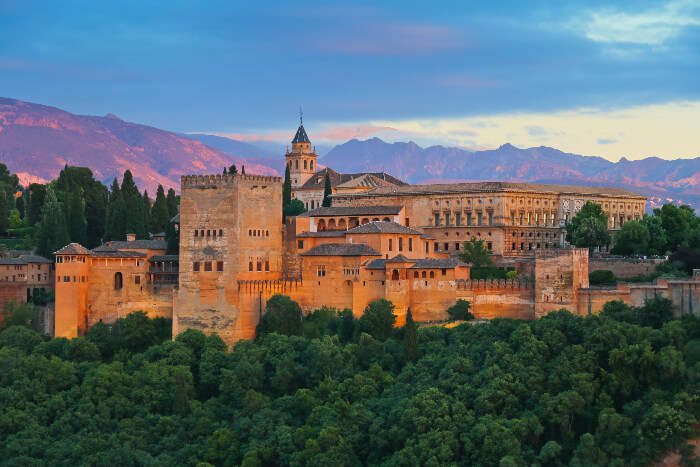 A city known for its fascinating history and culture, Granada is packed with many tourist attractions and monuments that date back to almost 700 years ago. This erstwhile mystical city was a Moorish capital between the 13th and 15th centuries. Today, Granada is predominantly Christian but has retained its Islamic, Jewish and even Gypsy influences from over the years. Read our guide to know more about the top 10 fun things to do in Granada:

10 Best Things To Do In Granada

Enjoy these things on your visit to Granada and make the most of your getaway to Spain:

Many come to Granada from around the world only to witness the ethereal beauty of this stunning Moorish palace fortress. This tops almost all lists that talk about the best things to do in Granada, Spain. Keep it in mind that you will need an entire day to explore it completely! So, wear a pair of comfortable shoes that you are used to walking around in and embark on a quintessential Granada day! First, walk up the hill from Plaza Nueva which takes approximately 20 minutes followed by strolling around a sprawling area of palaces, towers, turrets, and gardens. One of the best attractions here is the Palacios Nazaríes, which has to be Europe’s most spectacular Islamic building, where you can walk along stunning courtyards to lead you to even more spectacular rooms.

The perfect way to follow up a day of exploring the Alhambra Is to head to Baños Árabes Al Andalus to soothe your feet and body from all the walking done on the previous day. It is located at the foot of the Alhambra hill and the many baths that fluctuate between hot, warm and freezing temperatures and will teleport you back to the days of a Moorish hammam. You get a 1.5-hour session here which includes a hot soak in one of the pools, access to the steam room, and you will have the chance to opt for a back and a leg massage as an extra option. Don’t throw your ticket to the Alhambra since showing it here entitles you to a 10% off.

While this fact may not be known to many, Flamenco originated in Andalusia and Sacromonte in Granada that remains few of the most popular places where this exquisite art form is practiced even today. Head to the cave-quarter of Sacromonte and witness some of the best dancers, guitarists, and singers who perform Flamenco here. Many of the city’s famous gypsies have made this place home of them where they perform this haunting yet romantic artform. Apart from planned and impromptu flamenco performances, this area also houses many tourist traps, with Los Faroles as the solitary exception.

If you feel tourist attractions at Granada end with the Moorish spectacles, you are mistaken! When you are visiting this city, you should definitely pay a visit to the Royal Chapel of Granada or the Gothic Capilla Real de Granada which Catholic monarchs Isabella and Ferdinand commissioned as their mausoleum. Of the many things that you can do here, visiting their tombs and their daughter, Joanna “The Mad” is a must. Moreover, with the city’s cathedral right next door; this area is a melting point of distinct architectural and religious styles and must be paid a visit.

One of the most highly recommended things to do in Granada at night is to head to the famous tapas for a drink. If you think free lunches do not exist in today’s world, your conception will change when you visit Granada since most bars here hand out free tapas when you purchase a drink, making it one of the best free things to do in Granada. The best place to experience this culture is in the streets between Plaza Nueva and the Gran Via where top choices include Bar Poe where you can even choose your tapas from a menu (you must try the salt cod), Saint Germain for its ever-generous portion sizes and a local’s best bet Bar La Buena Vida where standing is more fun than sitting in many bars across the world!

One visit to Generalife and you will be reminded of the phrase in Koran that refers to paradise as a shaded and sheltered, leafy garden rejuvenated by running water. One of the most nontouristy things to do in Granada is to just escape from the hot and bustling city life and head to Generalife. This was years ago a summer palace and gardens of the sultan and hence, today attracts many tourists and locals. If you are going with your loved one, make sure you spend some time at Patio de Los Cipreses which is the perfect shady spot for lovers to unite. In fact, what makes it more interesting is that Sultana Zoraya was suspected of meeting her lover Hamer here.

Federico Garcia Lorca is Andalusia’s most well-known poet and dramatist who was born in the Vega, a fertile plain that lies west to Granada in 1898. What was his birthplace in Fuente Vaqueros has been transformed into a museum known as the Casa Museo Federico García Lorca. There are many displays housed inside this museum ranging from photos and posters to costumes from his plays. Huerta de San Vicente was his family’s summer home in the town where he composed some of his most popular works such as Bodas de Sangre and Yerma. You can also tour his house to look at the many rooms inside or attend events organized here such as concerts, workshops, and poetry readings.

After days of going around some of the most intriguing historic attractions in the city, it is time to change your pace and surroundings and the best avenue for the same is Science Park. It is located in proximity to the center, i.e. a short 15-minute walk away. There are two main buildings inside the complex, the Macroscopio which has many displays such as a “Journey into the Human Body” and displays that show the achievements of Al-Andalus’ Islamic scientists. The second one is known as Foucault’s Pendulum Building and the displays here revolve around physics, chemistry, and mechanics.

What exists as a traditional Arab souk today is actually nothing but a recreation of the old Moorish market which existed in Granda before the fire in 1843 ruined it. It is located in proximity to the Cathedral and the Alcaicería runs on the Calle de la Alcaicería from the Plaza Alonso Cano. If you are looking to purchase some souvenirs for your friends and family, you should definitely consider coming here.

10. International Festival of Music and Dance

Apart from Alhambra, one thing that Granada is known for across the world is the International Festival of Music and Dance which is organized here in the months of June and July. This festival dates back to 1883 when the concerts were held at the Palace of King Carlos V. It is organized across Granada at different venues, which are mostly historic monuments and showcase the city’s talent along with its rich cultural heritage.

The above-listed things to do in Granada are only one slice of the entire cake that this wonderful city is. Explore its rich and indulgent tastes by visiting the popular Alhambra fortress or heading to the tapas bars and street art, there is a lot to do in this city when you visit Spain.

Frequently Asked Questions About Things To Do In Granada

Q. What to do in Granada for one day?

A. You can go sightseeing in Granada in one day, have a nice lunch and explore the Arabian markets.