10 Awesome Things To Do In Kusadasi On Your Turkish Vacation 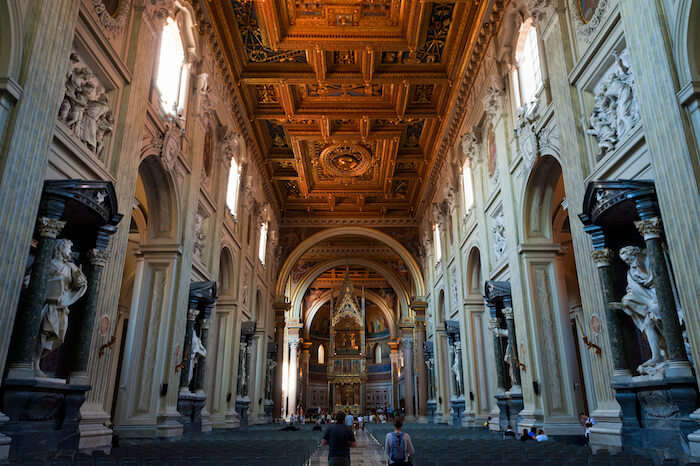 Being a popular tourist destination hosting millions of tourists each year, Kusadasi has no shortage of interesting activities and tours one can do. While each and everything offered might be good in their own right, it is important to identify the significant as well as interesting activities and tours. Knowing this, we have compiled a list of the best things to do in Kusadasi so that you don’t have to waste your precious time determining what to do and what not to do and use the time saved in enjoying yourself.

10 Best Things To Do In Kusadasi

A popular port of call for international cruise ships going through Europe, Kusadasi hosts millions of tourists and visitors every year. Take a look at some of the things to do here:

1. Ephesus: Visit the ruins of the ancient city

Ephesus is the single major reason why the city of Kusadasi is a famous tourist destination. The ruins of the second largest Roman City of Ephesus are located just outside Kusadasi, they are amongst the best preserved ancient Greco-Roman remains found in the world. Some of the restored landmarks from the original city include the Celsius Library, Hadrian’s Temple, Curates Street, and the ancient Terrace houses.

Must Read: 5 Places To Visit In Pamukkale That’ll Help You Witness The Natural Beauty Of Turkey

Situated in the Green Hills of Selcuk, near Ephesus is a small stone house which is an important pilgrimage destination for Catholics and Muslims alike. Monks and Nuns see to the upkeep of this place and Church masses happen on selected days. Believed to be the place where Virgin Mary spent her last days, this ordinary looking house leaves a lasting effect on those who visit this place.

3. Didyma: Visit the Temple of Apollo

Home to the famed Oracle of Didyma and the second largest ancient Greek Temple, The Temple of Apollo still boasts its last remaining skyrocketing towers which once used to be 122 in number. Popularly known to be the best preserved Greek Temple in Turkey, this was home to the second most important oracle of the ancient world, just second to the Oracle of Delphi. This place still remains important for Greek Myth believers.

4. Priene: Take a walk through history

Once a popular bustling ancient port city, this place saw its golden days between 300 BC to 45 BC, during the period when its harbors were bustling with commerce. Meander River led to the ultimate demise of the city until it was completely abandoned in the 2 AD. The highlight of this ancient ruined city is the Ruins of the Temple of Apollo and the well preserved 6500 seater Greek amphitheater.

Home to the famed Ancient Wonder the Temple of Artemis, Saint John’s Basilica and Isa Bey Camii, visiting Selcuk town is one of the must do things in Kusadasi. The total exploration time of the whole trip is about 2-3 hours and in these 2-3 hours, you’ll get to experience the intermixing of three different civilizations, the Greek, Roman, and Islamic.

6. Dilek National Park: Relax in the lap of nature

Home to 4 beautiful beaches, a largely rugged but beautiful Aegean Coastline and the Zeus Cave, the Dilek National Park is one of the most beautiful nature reserves of Turkey. Apart from being famous for its attractions, the national park is also famous for its wide variety of Flora and Fauna that call this park a home. Also nearby the famous Zeus Cave where it is said that Zeus hid from his brother Poseidon, the place makes a good spot to swim in the ice cold water.

High up in the green hills of Seljuk is a village known as Sirince which was started by European Slaves freed from Ephesus. Popularly known for its homemade fruity wines, the place is home to ancient homes, buildings, and churches from the Roman times. Spectacular views of the landscape add a cherry to the overall experience of this place. Make sure to stop by here.

Can any trip to Turkey be complete without a Turkish Massage? Perhaps not. Take the famous Turkish massage in the town of Kusadasi in Turkey. Although not the birthplace of the spa, you’ll be needing one after you are done with all your adventures. So relax your body and get ready for your adventures ahead. Spa boutiques more than usually require reservations, so remember to make one.

9. Kusadasi: Shop until you drop

The area near the Port of Kusadasi is famous for various malls selling international as well as street fashion alike. Jump into the streets near the main port and shop amongst a large selection of brands from Diesel to United Colors of Benetton to Zara and more. If you happen to go to a local street vendor, don’t hesitate to bargain, the place is known for bargaining and there aren’t many places in the world where you can test your bargaining skills better than this place.

Dating back to the Ottoman times in 1618, the old caravansary near the central port area of Kusadasi maintains much of its same old ambiance despite the fast-paced modernization. Used as a night venue, a hotel and an overnight guest house in the Ottoman history – this place gives you an insight of the Ottoman night culture. You should not miss a tour of this place.

An important port town for the tourism economy of Turkey and the Gateway to Aegean Europe, Kusadasi with its white sand beaches, clear blue waters and a multicultural history is a must visit for all those who wish to visit Turkey. Make sure you indulge in the things to do in Kusadasi we’ve listed above while you’re there. We promise that you’ll have the time of your life!

Experience the backwaters of Kerala on a houseboat!

Witness the beauty of Tsomgo lake

Spend some quality time on the beaches of Goa

Scuba Dive into the depths of Andaman

Romantic getaway amidst the hills

15 Exhilarating Things To Do In Iran For A Memorable Trip

Beach Hopping In Mauritius: Witness The Beauty Of Pristine Waters

Top 13 Istanbul Beaches Where You Can Have Fun And Frolic In The Sun In 2020!

This Turkey Trip From Mumbai Left Us In Awe. Thanks To This Beautiful Place