10 Things To Do In Orlando That Define Extravaganza 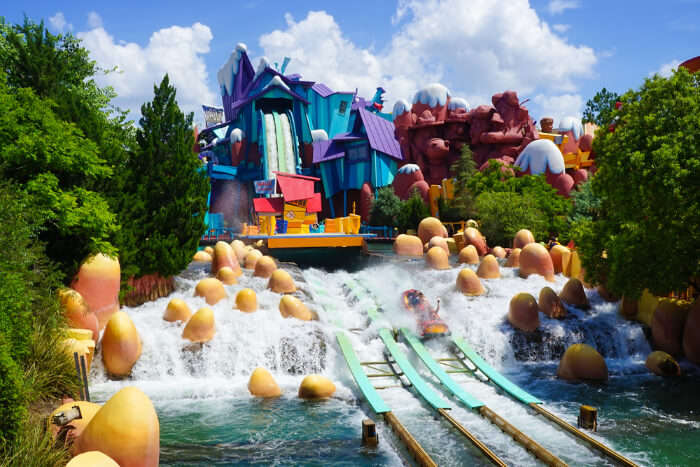 Orlando, a city in Florida known for its fun theme parks. Right from the Disney World to Universal Studios, Orlando captivates the travelers, regardless of their age. But this city is not merely confined to the theme parks, there is so much more to look forward to. So, when we speak of unique things to do in Orlando, the list could be lengthy. But this one features the best of choices, whether you are someone who wants to relax or somebody who wishes to spend whole day trying various adventures.

Orlando is primarily known for its theme parks and thus the first thing in our list of things to do in Orlando Florida had to feature it’s most beloved attraction. This comes without saying, Orlando is also called the Theme Park Capital of the World. So, whether or not you are traveling with kids, you will be amused with all that awaits in this fun-filled paradise of amusement parks.

You might be a Potterhead or someone who’s gaga over Legos, whatever your interest is Orlando will bring alive the kid in you.

Must Read: Top 10 Beaches Near Orlando To Have The Best Of Sun & Fun

The Winter Park Resort is a small and picturesque town, located merely 20 minutes away from Orlando. Though this is majorly known for a skiing, but the Scenic Boat Tour is something that allures tourists and locals. The guided Boat Tour takes you through Winter Park Chain of Lakes for an hour. It feels like you’re relaxing on a swing amid lush greenery. Along the route, you will stumble upon incredible views, waterfront villas, and a rich wildlife.

Lake Eola Park is an escape from the concrete jungle, even though it is located right in the middle of it. The cityscape from this point looks mesmerizing, as it reflects on the lake. You may as well take a leisure stroll and take a break from all the hustle and bustle for a while. Paddle Boating is another way to relax and have fun. The boats look amusing as they’re made to look like swans.

As exciting as it sounds, Downtown Disney is indeed a happening spot where you can shop till you drop and eat to your heart’s desire. There are various themed restaurants where gastronomy is an experience. Regardless of when you are visiting, there always will be various entertainment activities and events to greet you with at Downtown Disney, one of the best places to visit in Orlando.

5. Watch the alligators during an airboat tour

What could possibly be terrifying yet intriguing more than the alligators?! Attending airboat tour is among the fun things to do in Orland for anyone with an interest in wilderness, even if he’s a kid, this has to be in the bucket list. As you take the narrated tour, you will be able to spot alligators in their natural habitat, with ensured safety precautions. Circle B. Bar Reserve in Lakeland is considered among the best spots for this activity. You also have a gator hiking trail, known as Alligator Alley if you are more of an explorer.

Suggested Read: 10 Best Places To Visit In Orlando That Are Perfect For Living Your Childhood Dreams

6. Unwind in the lush gardens of Orlando

When we speak of cheap things to do in Orlando, how could we miss the leisure stroll in the affluent gardens. Though Orlando boasts of a magnificent skyline, it is not all that the city is about. There are number of gardens here, where you can amble and connect with nature. This is one of the top things to do in Orlando for adults.

As the name suggests, Pirate’s Cove is a pirate-themed miniature golf course. Our list of top things to do in Orlando wouldn’t be complete without this being mentioned. This 18-hole golf course also features tropical landscape, waterfalls and a pirate ship as well. Even though Pirate’s Cove is in International Drive route, you will be surprised and pleased with the tranquility it is bestowed with.

8. Ride a bike along the Lake Baldwin Trail

The pleasure of riding a bike in the middle of an upscale and scenic neighborhood is surely something to look forward to. Baldwin Park is just a few kilometers from downtown and has a 2.5 mile trail, meandering by the lake where you can ride your bike. Being a major attraction of the city, you may find heavy crowd in the evenings, so head off to this place early in the morning!

9. Rejuvenate in a spa

Orlando knows how to make you stay awake all night having all the fun, but it also makes up for all the exhaustion that follows with its soulful and luxurious spas. The city boasts of many award-winning spas, abiding to traditional and modern therapies by professionals who have years of experience. A rejuvenating spa session is an experience that will refresh your body, mind and all your senses.

Suggested Read: 12 Most Luxurious Villas in USA For Your Next Family Vacation

10. Attend any of the various happening events taking place around the year

One of the most amazing things to do in Orlando at night or day, surely is witnessing stunning events and shows that take place across the city. You will be happy to know that there is always something being organized, for people of all age and preferences. Some shows and events occur daily, some annually and some are organized once in a while.

Further Read: Know The Best Time To Explore The Disney World That Lets You Travel Smart & Save More!

Excited to try these things to do in Orlando? Well, browse through USA tour packages, and customize them as per your liking and preferences to make the most out of your escape.

Frequently Asked Questions About Things To Do In Orlando

Which are the things to do in Orlando besides Disney?

Ride a bike along the Lake Baldwin Trail and play mini golf at Pirate’s Cove.

Which are the cheap things to do in Orlando?

Enjoy the views at Lake Eola and visit the Old Town in Kissimmee.

Which are the things to do in Orlando at Christmas?

Visit the various theme parks and resorts in Orlando at Christmas.

Paragliding In Gangtok: Witness The Breathtaking Sikkimese Beauty From A Bird’s Eye View!