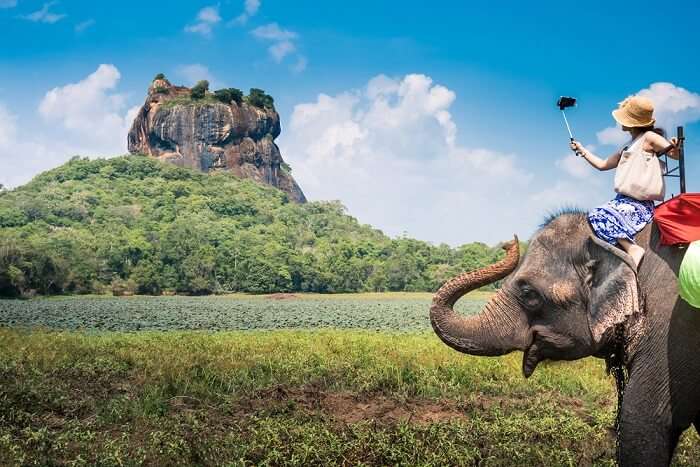 One can only wonder what an ancient city in the Northern province of Sri Lanka will have in store for tourists from all walks of life. But guess what? There are so many interesting things to do in Polonnaruwa, that you’ll keep coming back for more. That’s right, ranging from cultural attractions to historical sites, adventurous, natural attractions to spiritual activities, the list is just long enough that including all in one blog post may not do the justice to the local attractions in Polonnaruwa.
This place is surely a treasure for photography lovers and bloggers!

12 Best Things To Do In Polonnaruwa

Here’s a list of top attractions and things to do in Polonnaruwa to make the most of your trip. It will assist you to prepare a perfect excursion to Polonnaruwa.

Simply outside the southeast corner of the royal residence grounds, the Bathing Pool known as Kumara Pokuna has a lotus island in the center and two of its prevailing crocodile-mouth fountains. The lush green all around the pool gives the incredible look to the pool.

It is not at all difficult to go on a safari to Minneriya or Kaudella National Parks from Polonnaruwa which are particularly eminent for their elephant populaces. Your guest house can very easily book a safari trip for you. Have an incredible afternoon discovering these adventurous locations of Polonnaruwa town.

Gal Vihara was earlier called Uttararama. It’s a part of the Polonnaruwa Park and is a standout sightseeing destination for tourists. Youll be astonished by the gigantic statues of Buddha, one in sitting position, second leaning, third standing and locate a fourth, small Buddha figure situated within a fake cave. Statues of Buddha are sculpted out of solitary granite. The most famous effigy has a height of 23 ft, with a belief that the statue’s posture and facial expression portray preeminent empathy.

The king’s Audience Hall is another excellent location to wander around and explore the best-preserved structures in the royal palace. With great elephants carved on the walls’ stones, every sculpted elephant is in a distinctive position which makes them appear bizarre from the other. The stairs to the Audience Hall are entirely magnificent with wonderful lions designed at the highest point of each side.

Constructed by King Parakramabahu, its the biggest antique man-made rainwater tank in Sri Lanka, overlooking the western side of the Polonnaruwa locale. The considerable repository is spread over a region of 2500 hectares and has a volume of holding 134 million cubic meters of water. This reservoir is the source of irrigation for the agricultural area of Polonnaruwa and its environment. Enjoy a fantastic sunset view here!

Actually, Sigiriya is an ancient rock palace established in the northern Matale District close to the town of Dambulla. The fortress is built on the top of the rock, decorated with vivid frescoes, and its gateway has the design of a gigantic lion. Must visit different types of the garden here. Sigiriya is a UNESCO World Heritage Site, which offers best representations of early urban planning. It reveals the archeological marvels of Sri Lankan city planning, architecture, art, and hydraulic technology.

Suggested Read: 8 Places To Visit In Negombo For A Perfect Sri Lankan Vacation!

This place is an enormous dagaba of a grand 54 meters height, standing still in fine condition. It’s the biggest dagaba in the town. Amidst the temples and remnants, you’ll further discover trails of the wilderness aspiring to cover the ancient city. Hiking throughout these dramatic structures that are still in pretty good condition is something worthy to be part of your tour.

A Quadrangle is a small group of brilliant and attractive ruins on a raised scaffold surrounded by a wall. This is the highly rich accumulation of buildings in the entire ancient city, and a must to be on the list of things to in Polonnaruwa! In the center of the Quadrangle is one of a kind circular relic dwelling called the Vatadage. The extenal 18m diameter of the grand patio which owns four passages all bordered by excellent, guard rocks.

Explore the old town along streets running north to south. Bicycles can be leased from stalls in the city for the whole day. Riding bicycle at roads of Polonnaruwa is an easy journey as all the significant locales are very much signposted in English. So, youll definitely not lose your way or have a ride through rough dirt tracks since all streets are leveled. Don’t miss out on the marvelous scenes during your ride of the Polonnaruwa roads.

The seven stories structure, constructed by lord Parakramabahu in the eleventh century, trusted to have a thousand chambers. The archeological unearthing has found that upper floors of this tall building was made of wood and polished with unpredictable wood carvings. A gigantic 30 ft. tall with a one-meter thick wall palace, has a stairway at the base to head at the upper floors till three stories for viewing 55 rooms. These are the main remnants of this once brilliant building.

Suggested Read: 9 Alluring Things To Do In Nuwara Eliya, The Heart Of Sri Lanka!

Thivanka Image House is one of the biggest brick structures in Polonnaruwa, housing a Buddha Statue, called Thivanka for its extraordinary component of been bowed in three spots at the shoulders, at the waist, and at the knees. This is really a different kind of Buddha statue youll ever see anywhere else in the word! Encompassing the statue are the two-layered plastered wall highlighting wall paintings associating with Polonnaruwa time touring.

The Potgul Vihara in the furthest south of Polonnaruwa is a strange structure. It is a little, circular, hollowed dome, supposed to be used as a library for storing the sacred books. While some consider it to be an ancient lecture theater. Travelers can set to outing of Polonnaruwa by bicycle, foot or some buses. We recommend giving this place a long time period of vacation to seep in up all. You never know what else you may encounter while wandering into the streets of Polonnaruwa!

3 Exciting Things To Do In Somerset In 3 Days In Singapore In 2020!

Maharaja Ranjit Singh Museum: A Visit In The City Of Amritsar In 2020!

Gir National Park: Your 2020 Guide To The Royal Kingdom Of Asiatic Lions

8 Amazing Restaurants In Dharamshala Whose Food Sends You To Heaven

Viper Island 2020: 11 Interesting Places To Visit On Your Trip To This Impeccable Island!