Wildlife In Jamaica: Your Handy Guide To Know All About The Glorious Fauna 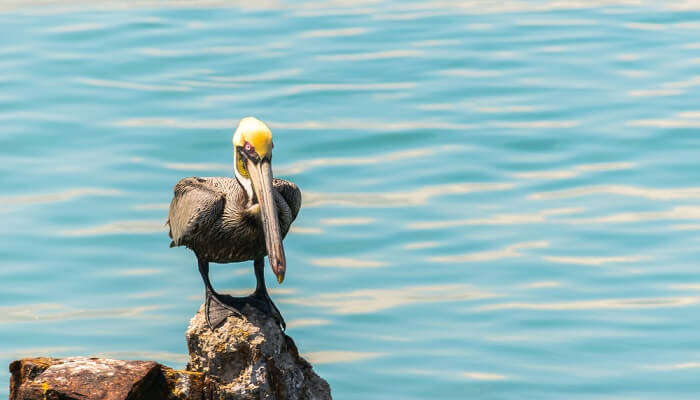 Jamaica has so much to offer to all the tourists that no matter the duration of your stay, you’ll still be craving for more. Be it the charming scenery around, the bustling markets or the delicious cuisine, you will surely fall in love with this place in no time. When it comes to wildlife in Jamaica there are a limited number of specifically dedicated spots where you can find the most unique creatures of this land. But, the following list of these places are surely a must visit for you!

Wildlife In Jamaica: Places To See

With so much to do around, and so many charming creatures to see, here’s a list of some of the places where you can easily spot the wildlife in this stunning land!

Being one of the longest rivers in Jamaica, Black River is known to have a wide variety of species on board. More than 100 species of birds have been recorded at this river and animals found in the region include crocodiles. The black colour of the river is due to a thick layer of deposits of vegetation. You can book a Black Safari tour from any of the online sites and some of these allow you to include places of your own choice that you can stop by on your way.

Location: Jamaica
Timings: 9 AM to 4 PM

Must Read: 9 Captivating Places To Visit In Jamaica For Your Next Detour To The Caribbean Islands

Being a non-profit organization, the Seven Oaks Sanctuary for wildlife in Jamaica has a variety of species from native Jamaican birds like Patoo to the Jamaican Boa or a specific variety of snake found only in Jamaica. This organization aims at combating with illegal practices related to trade of many Jamaican species and also rescues animals such as parakeets, Jamaican parrots, snakes and certain domestic animals too. This is surely one of the best wildlife sanctuaries in Jamaica!

Suggested Read: Jamaica Nightlife: Visit These Electrifying 8 Nightclubs & Get In The Groove

This list of main wild animals and beings that can be found in the Jamaican land will surely woo your senses. Check this out to know all about them beforehand!

One of the most fascinating creatures that one can find in Jamaica is the Manatee. Also called as ‘sea cows’, these gentle creatures are often found in the areas where rivers flows directly into the sea. If they’re around, you’re likely to find them easily as they often come up on the surface for drinking water. Even though these species is currently endangered, they pose no threat to humans and their diet only consists of plants.

Suggested Read: 10 Best Things To Do In Jamaica For An Enthralling Carribean Holiday

Crocodiles are limited in number when it comes to Jamaica and are mainly found on the southern coast. These creatures have recently fallen under the category of ‘protected’ and are showing traces of recovery due to the tremendous efforts put in by a few conservationists. If you wish to spot one of these, many of the hotels do organize a ‘crocodile safari’ which passes through Treasure Beach and Black River.

Suggested Read: 8 Hot Springs In Jamaica For A Soothing Holiday!

Introduced in Jamaica in the year 1872, Mongoose is not a very old species of the land which was brought here to combat the large number of rats that were destroying the sugar plantation around that time. However, later this creature also went on to decrease the population of many birds and snakes in the area and within no time, Mongoose have increased largely in number. You can easily spot one or two across the road in Jamaica.

Suggested Read: 10 Best Casinos In Jamaica Which Will Be The Perfect Place For The Masterminds!

One of the most precious yet endangered species of wildlife in Jamaica, are the magnificent sea turtles. In certain protected areas, many conservationists have made the sand smooth only for the baby turtles to walk around in. These wildlife enthusiasts also keep a regular check on the new ones and help them with their basic needs and first aid whenever necessary. Hotels like Jamaica Inn conduct tours for a safe turtle-viewing experience for all those who are eager to watch these turtles in real.

Suggested Read: 10 Best Airports In Jamaica From Where Every Traveler Must Take A Flight Off!

The two main species of owls found in Jamaica include the Barn Owl and the Jamaican owl. While the former is a light coloured magnificent creature that can often be seen at night as the locals see this one as an omen of death and throw stones at the bird, the latter is mostly found in the mountains and eastern part of Jamaica and is of dark brown colour.

Further Read: A Handy Guide To Spend A Fun And Frolic Day In Jamaica With Kids!

Be it the charming creatures found in the Jamaican land or the wildlife enthusiast in you who wishes to see them from up close or even if you wish to try your photography skills with some of these adorable creatures, there’s no dearth of options here. So, while you make up your mind, make sure you tag along your favourite travel buddies for a memorable vacay! Plan an international trip for an extraordinary experience right away!

5 Amazing Zoos In Kerala To Witness The Captivating Wildlife In God’s Own Country!