10 Best Airports In Jamaica From Where Every Traveler Must Take A Flight Off! 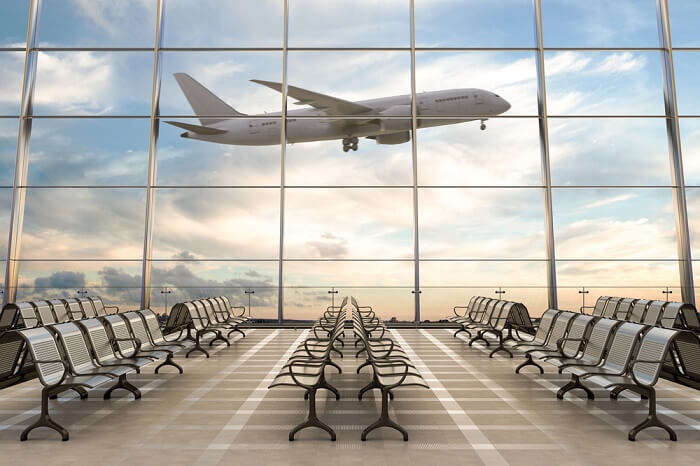 Jamaica is a beautiful island country situated in the Caribbean Sea. Jamaica is famous for its natural beauty and different species of animals. Jamaica is a home to some of the most beautiful beaches in the world and this is the reason a lot of tourists visit the country every year for spending vacations. If you are in Jamaica for a vacation, you will definitely need a good volume of airlines to travel from place to another and Jamaica has many International, and domestic airports to make your travelling part easier.

Just in case you don’t get confused while taking the flight from the country, here is a elaborative list of 10 Airports in Jamaica with their locations which every traveler must know if you are traveling to this beautiful country.

The second largest airport in Jamaica, Norman Manley International Airport receives quite a large numbers of passengers on a daily basis. As per the record, the airport received 150973 passengers in the year 2015. Not only this fact make it one of the largest airport, but over 130 international flights on a weekly basis add to it. American Airlines, British Airways, Caribbean Airlines, Air Canada Rouge and Fly Jamaica Airways are some of the major Airlines that operate from this Airport. The airport is named after Norman Manley who was a Jamaican Statesman.

Must Read: 10 Best Honeymoon Spots In Jamaica That Couples Must Explore

Formerly known as Boscobel Aerodrome, Ian Fleming International Airport is situated in Boscobel, Jamaica. Ian Fleming, the creator of famous James Bond movies was the inspiration that the airport got its name from. Ian Fleming’s GoldenEye estate is located in St. Mary parish. The airport is well equipped with all the modern facilities that feature modern terminal, landing lights, fire trucks, and fuelling station. Customs and Immigrations services, a passenger lounge and pilot briefing rooms are some of the passenger amenities which is provided by the airport.

There are 3 domestic airports in Jamaica and Tinson Pen Aerodrome is the largest of them. This airport provides a major commercial link between Kingston and Montego Bay cities. In the year 2001, The Tinson Pen Aerodrome handled approximately 92091 passengers. Air Jamaica Express and International Air Link provided the scheduled passenger service earlier. This is a domestic airport and is used mainly by business travelers going from one place to another for business trips.

Location: Tinson Pen Aerodrome is located in the Marcus Garvey Drive, a major highway that links Kingston to the nearby residential community of Portmore in Jamaica West Indies.

Location: The airport is located 7 Km North of Negril Point.

Suggested Read: This Heart-Shaped Sandals Resort In Jamaica Does Not Need A Cupid To Win Your Heart!

Ken Jones Aerodrome is a domestic airport in Jamaica and just like the Negril Airport serves the tourists. Since Jamaica is a major tourist hub, the airports like Ken Jones acts vital in taking the tourists from one place to the other. The Ken Jones Aerodrome in the year 2001 handled around 8546 passengers. It is not the busiest of airports but is surely very important for the people visiting Jamaica from other countries. The Air Jamaica Express provides scheduled passenger service from the airport formerly.

Suggested Read: A Handy Guide To Spend A Fun And Frolic Day In Jamaica With Kids!

Kirkvine Airstrip is basically an isrstrip serving the Mandeville City and is located in the Manchester Parish of Jamaica. It is located at a distance of 5 km to the North from the city. Also, there is a large hill at the end of the runway number 33. The Sangster Airport is located 65 Km northwest of the Kirkvine airstrip.

Tulloch Airfield is an airstrip that serves the town of Bog Walk in St. Catherine Parish of Jamaica. There is a high terrain in the airstrip south through east. The Kingston is located 19.4 Km southeast of Tulloch Airfield.

Suggested Read: Honeymoon In Jamaica: 10 Romantic Places To Have A Caribbean Style Honeymoon!

Manchioneal Airstrip is located in the Portland Parish of Jamaica and is at 1 km of distance to the Northwest of Manchioneal. In the Northwest, there is a small rising ground. The airstrip serves Manchioneal, a Caribbean Coastal Town. The departure is over the water.

So are you ready to board the flight from one of these famous airports in Jamaica? If you can’t hold your excitement, then don’t wait and gear up to holiday at this picturesque location while you also take a look at the customizable trips to jamaica !

Q. How many international airports are there in Jamaica?

Q. What are the facilities provided at Norman Manley International Airport?

Q. How far is Norman Manley International Airport from the main city?

A. Norman Mabley International Aiport which is also known as Kingston Airport is around 19 kilometers away from the main city.

Q. Which months are considered being the cheapest to fly to Jamaica?

Q. How many domestic airports are there in Jamaica?

A. There are three domestic airports in Jamaica such as:
1. Tinson Pen Aerodrome
2. Negril Aerodrome
3. Ken Jines Aerodrome

Q. Which are the most frequent airlines to Norman Manley International Airport?