7 Days In Spain: Witness The Splendid Sceneries Of This European Country In 2020 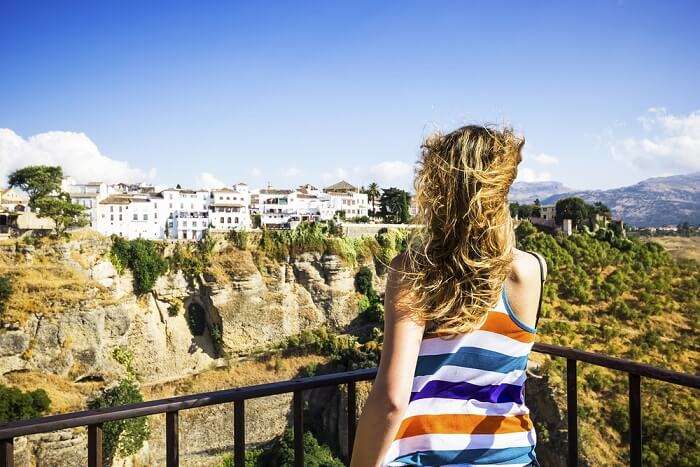 Europe is a legendary destination to get most out of your vacations. The relaxed spirit of Spanish people will soak and thrive in your soul. The magnificent lifestyle and traditions describe the liveliness of the culture. The local folk of this country like to chill more often, various excursions around the places will give you more than just memories, especially when you interact with the people around. What’s more is that you can indulge in so many experiences around the country, including their cuisines and exploring the heritage sites, there’s always room for more.
So, why wait? Thinking about planning a vacation for 7 days in Spain is surely something you can do to surprise your friends and family!

Both the time periods of spring and fall are ideal for visiting the stunning country of Spain. Exploring this country in April, May, June, September, and October is recommended as you can witness the scenic views at their best around this time.

7 Days In Spain: Places To Visit

Take a look at some of the things you can do around the scenic places of the country for a week’s tour while you’re out and about in this stunning country! With this guide you can make the most of your 7 days Spain tour.

Begin your 7 days trip to Spain with the capital city of Madrid. You won’t get enough of Madrid in a single day and it will keep you wanting for more. But, if you can rise up early after a long flight and manage your time well around the day, go on to explore Madrid that is the heart of Modern Spain.

Take the metro to go around Madrid and see the word class museums, cosmopolitan nightlife, cafes and tapas buzzing with awesomeness and of course not to mention Barrio de las Letras, a neighborhood with Spain’s oldest taverns and restaurants.

You can make a visit to the Prado Museum, Reina Sofía Museum (MNCARS), and El Rastro, in the morning. During the afternoon after a lite lunch take a walk from Plaza Mayor to Royal Palace. It is a place where you won’t mind being lost. You can also take a hop on hop off Madrid city tour bus that will cover places from Atocha to Cuatro Torres Business Area.

All these streets and places are the heart of Madrid. They have museums, cafes, parks, churches, and palaces and you will love to wander in these streets on your own.

With the dipping sun, the city of Madrid turns livelier. As they say, the city never sleeps. It’s the time to on a tapas tour in Barrio de las Letras, a place famous for its culture, food, and cafes. To the people who love clubbing – Gran Vía, Malasaña and Chueca are Madrid’s nightlife hotspots.

Your one week in Spain starting in Barcelona is more of your 2nd day. There are many places to choose for staying but I would recommend the Las Ramblas real estate locations.

Start your Barcelona tour by taking a walk from Las Ramblas and Passeig de Gracia, the most visited tourist spot. After this, you can find food and drinks in alleys of the Gothic Quarter.

The Las Ramblas, Hotel 1898, has architecture from the late 19th century and its decor is what attracts tourists the most. Though, you get modern services with top-notch service in this hotel. And not to mention the Hotel 1898’s rooftop pool that offers the most beautiful view of Barcelona.

Costa Brava has twelve towns thus there are various options to choose from. If you are visiting in summer, you can visit Pals. This beautiful village lies on a hilltop. The amazing part is this place feels like you are traveling back in time.

Segovia and Toledo are sister walled cities that are just 30 minutes away from Spain through a high-speed train. You have two options here.

If you ask as, well, Segovia is more beautiful of the two and also cheaper if you are on a tight budget. Every single street in Segovia is a treat to the eyes and no matter which street you take. If you have just one night’s time to discover a bit more of Spain, go to Segovia as its sister, Toledo has some pretty amazing places but Toledo requires time.

First of all, it’s on a hilly area and thus it gets a tad difficult to walk around. It is also a bit more confusing and if you are in hurry to reach a destination, being lost in Toledo isn’t as nice as it’s in Segovia. So, depending on the time you have, Segovia or Toledo is your choice to make.

Cordoba is just 45 minutes high-speed train away from Madrid. It is an Andalucían city with Moorish architecture on a riverside laden with cafes and bars. It is a rather less active place to have some quiet time for you among some amazing wine dropped tapas. The Mosque-cathedral is a tourist spot that everyone loves to visit which originally a mosque but later became a cathedral in the 10th century. For a change, you can rent a cycle to look around Cordoba, Spain in Europe if you have already done a lot of walking.

Must Read: 11 Enticing Spain Road Trips For A Soul-Stirring Experience In 2019!

Image Source
Today you will be traveling to Seville, a place that is more of an open-air museum. After treating yourself to a Spanish breakfast, start with going to Alcazar castle complex, and Plaza de Toros de la Maestranza. You should also visit the Gothic Seville Cathedral. The city too has some delicious tapas due to its close proximity to the coastal area, it has a wide variety of seafood. Pre-reservation to the El Rinconcillo is also an option for your dinner. It is Seville’s oldest restaurant.

Malaga has a youthful vigor that offers a multi-layered past. It has half a dozen art galleries and it is the birthplace of Pablo Piccaso. But we aren’t going to Malaga just for its art but for the hike to Caminito del Rey. This is a five-mile track that was reopened in 2015 after many renovations. After many of the cultural trips around Spain, you shouldn’t miss this adventurous trail.

How To Reach Spain

While you may be traveling to this charming land from anywhere across the world, knowing which way would be feasible for you is always helpful. So, scroll down to know more.

Image Source
Spain is adjacent to both France and Portugal. So, if you’re traveling from any of these places, you can come via a car or a rented cab.

Image Source
Since Eurail provides a smooth connectivity between Spain and other European countries, it is suggested that you board a train for the same. Of course, a train journey with mesmerizing European countries in the background is always a good idea for any kind of traveler!

Image Source
If you’re traveling from anywhere else in the world including the countries in Europe and it is feasible for you to board a flight to Spain, Madrid and Barcelona both have an international connectivity and have regular international flights from many places across the globe.

This is the best itinerary if you have a week to visit Spain and you wish to indulge in its culture, food, and nightlife. This 7-day tour of Spain can be made successful with Spain’s high-speed trains and your will to visit these cities. Now that you know where to go in 7 days in Spain, plan your trip there for a serene experience with your friends and family like never before! Enjoy your 7 days holiday in Spain!

A. One can easily cover all the attractions of Spain in 10 days including the major cities like Madrid, Seville, Malaga, and Barcelona.

A. One can either visit the beautiful city of Barcelona or the capital city of Madrid in Spain in 3 days.

A. 14 days in Spain can make for an amazing trip as all the tourist attractions can easily be covered. One can begin with Barcelona and then cover the cities of San Sebastian and Bilbao. After these one can also cover Seville and Granada.