Aapravasi Ghat In Mauritius: A Guide To Explore The UNESCO World Heritage Site 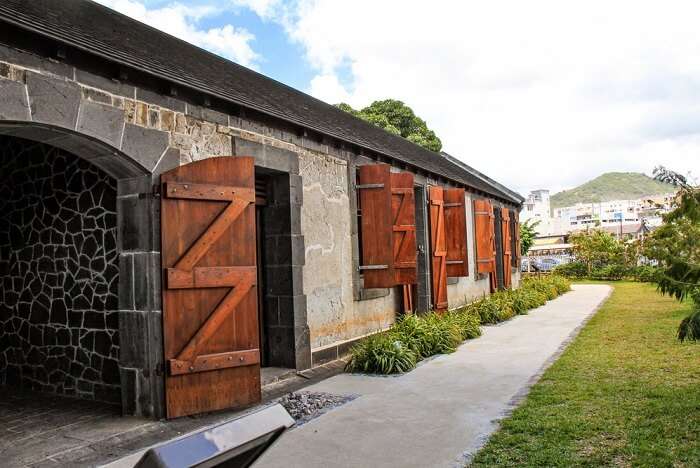 Mauritius is a melting pot of cultures and its people are a mix of Indians, Africans, Chinese, French and South East Asians. This multi-ethnicity is reflected in everything, right from their language to their religious customs. The Aapravasi Ghat in Mauritius is at the root of this diversity as this is where the ancestors of Mauritians landed first almost 200 years ago. The ghat is an immigration depot and while only 15% of it remains today, it is a reminder of the history of Mauritius and the root of its colorful diversity. 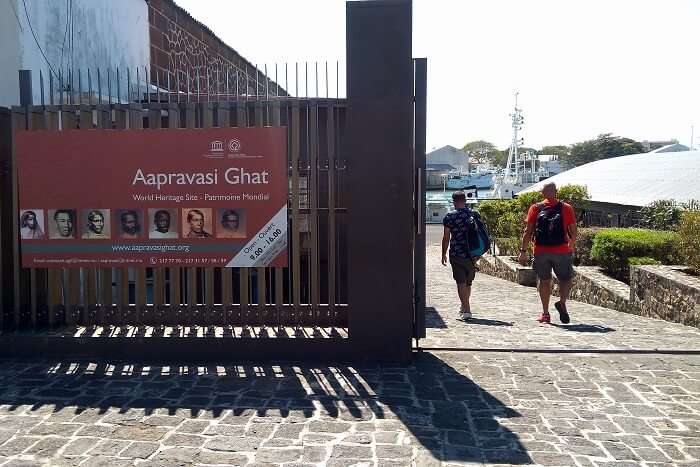 Here are a few things that you ought to keep in mind before you visit Aapravasi Ghat in Mauritius to get the most out of your time at this incredulously beautiful spot.

How to reach Aapravasi Ghat: Aapravasi Ghat is located on the 1st Quay Street in Port Louis in Mauritius. It is a landmark in itself and can be easily located and the best way to travel is by a private taxi or cab.

Must Read: 8 Best Heritage Places In Mauritius That Are Perfect For The Explorer In You! 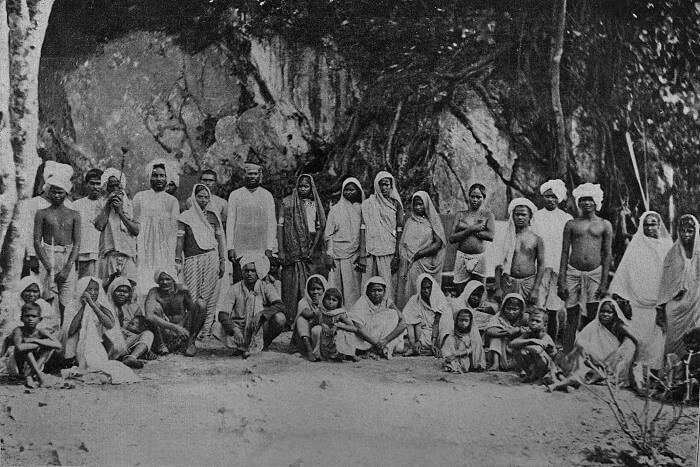 Aapravasi Ghat in Mauritius is a UNESCO World Heritage Site because it has been instrumental in playing a significant part in the country’s history and has had a major impact on world history as well. The immigrants first landed at the Aapravasi Ghat in Mauritius. They stayed there for a couple of days and their photographs were taken and documented. Afterwards, the immigrants were sent off to sugar estates to work. This is why even today Mauritius is a multi-ethnic society with almost 48% of the population which follows Hinduism. The language used is ‘Creole’ which is a mix of French, English and other South African and Indian languages.

Things To Do At Aapravasi Ghat

Here’s a list of top 5 things to do at Aapravasi Ghat in Mauritius. You can keep yourself entertained by going to the Caudan Waterfront or gape at the architecture of mosques and ancient ruins — Aapravasi Ghat has something for everyone. 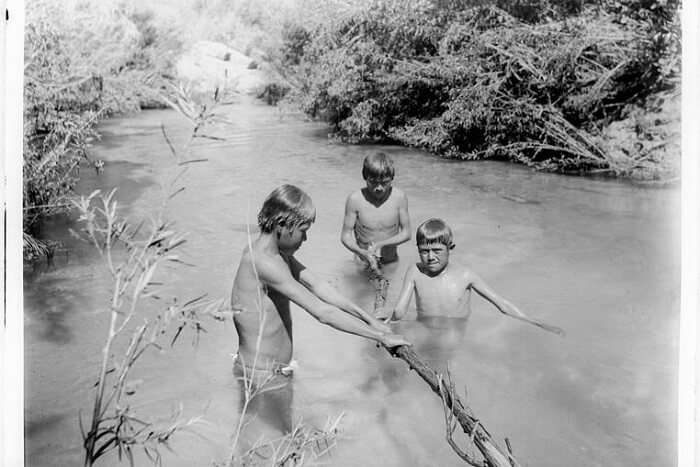 You can witness glimpses of the Aapravasi Ghat history at the remains of the ghat that is now protected by the government. Due to unchecked development, most of the buildings of the ghat have been destroyed. You can go on a guided tour of the world heritage site of Aapravasi Ghat in Mauritius and see the spots like ‘The Immigrant’s Kitchen’ and the ‘Sardar’s Quarters’. The tour will take 20 minutes and help you understand how life was for the immigrants two centuries ago.

Suggested Read: 5 Best Things To Do In Port Louis To Unravel The True Essence Of Mauritius

The Caudan Waterfront in Mauritius is a multi-store complex for shopping and entertainment. It has hotels, restaurants, a casino, a cinema and a shopping complex for all sorts of shopping. You can spend some quality time here with your family and take back souvenirs for your friends back home. The souvenirs range from hand-made handicrafts to little trinkets that you won’t be able to find anywhere else in Mauritius. 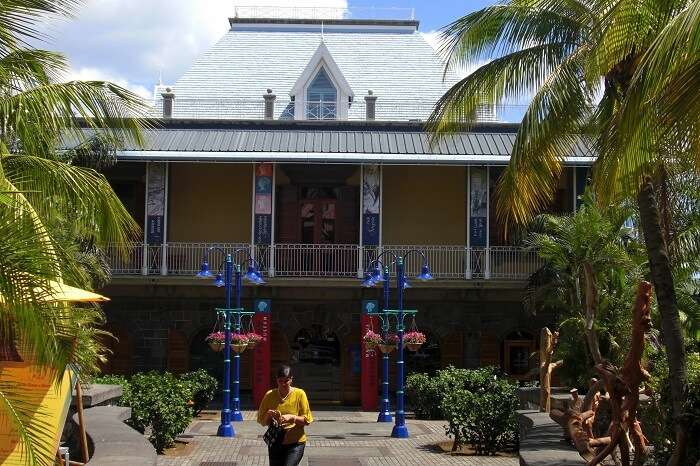 The Blue Penny Museum in Mauritius is one of the most apt places to visit in Mauritius to learn about the country’s history. Added to the documents, artifacts, and paintings, it also is home to the invaluable Penny collection of stamps which are a must visit! You are prohibited from taking a camera inside the museum, so though as enticing as it is please be kind enough to sneak one in inside. 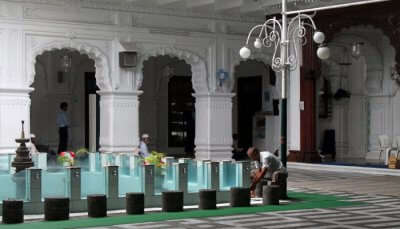 The Jummah Mosque in Port Louis dates back to 1850 and is known for its beautiful architecture, which is influenced by Indian, Creole and Islamic architecture. Islam came to the island centuries ago when it was discovered by Arab voyagers. It is a very peaceful place smack in the middle of the city and definitely worth a visit. You’ll be blown away by the beauty of the mosque.

Suggested Read: 10 Best Places To Visit In Port Louis To Relish The True Essence Of Mauritius 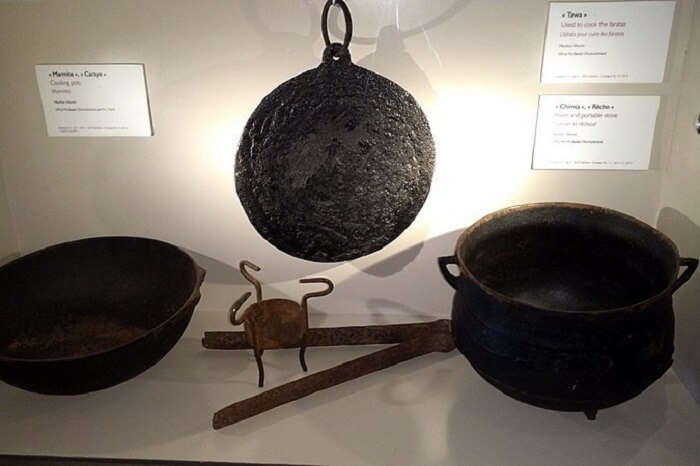 Read ahead to find out a few useful tips that you should definitely keep in mind before embarking on a trip to Aapravasi Ghat in Port Louis, Mauritius:

Further Read: Mauritius Snorkeling: 5 Spots For Snorkeling In This Scenic Island Nation In 2022

Visit Aapravasi Ghat, one out of the only two UNESCO World Heritage Sites on your trip to Mauritius with TravelTriangle and immerse yourself in the cultural tapestry of the ghat. You’d surely have the best time of your life!

Can anyone visit the Aapravasi Ghat in Mauritius?

Located in Port Louis, the Aapravasi Ghat or the Immigration Depot is a building complex and one of the major UNESCO World Heritage Sites in Mauritius. While it is a great point of interest for history buffs and explorers, anyone can visit it during their holiday on the island.

Why is Aapravasi Ghat so famous?

The Aapravasi Ghat is a major historical site in Mauritius since the majority of the island’s population arrived on it through this immigration depot. And this is the reason it is one of the two UNESCO Heritage Sites in Mauritius.