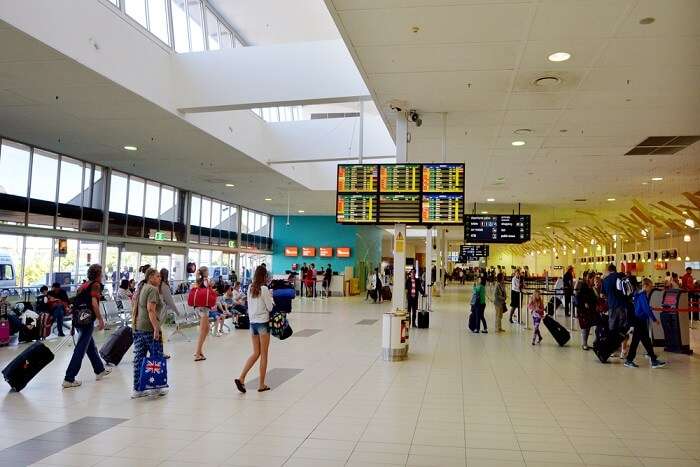 There are many coastal cities on the Queensland coast of Australia but the Gold Coast is one of the most famous cities in the region. This city, which lies right next to the city of Brisbane on the coast of Queensland has a population of a little more than six hundred thousand people and is known for its pristine coastline, tourist hotspots, and a great sporting culture. Surfing, beaches, nightlife, and an impressive skyline, make this coastal city a worth visit for tourists visiting Australia.

This city features prominently on many tourist circuits in the country. Australia’s entertainment industry lies in Gold Coast and this is a great party destination for people from Australia and from all over the world. Sun, sand, surf, music, arts, culture, cuisine, sports and recreation make this city a great destination in Australia. This city has a developed infrastructure and a strong economy. So, why not know more about the airports in Gold Coast too?

Gold Coast is an important entertainment and tourist destination in Australia. The transport infrastructure in the city is world class. The city has great road connectivity, a light rail system, a heavy rail system, a bus transport system, and several airports in the vicinity to cater to the air traffic in the region. Tourists and locals can look at how many airports are there in Gold Coast and neighboring areas and then get the best flights from these airports. The following are some of the major airports in the Gold Coast region to help Gold coast connect with the rest of the country and also the world:

Must Read: A Comprehensive Guide Of 10 Things To Do In Australia In November

The following are some of the major airports in the Gold Coast region to help Gold coast connect with the rest of the country and also the world for an smooth experience for all travelers.

Gold Coast Airport which is also known as Coolangatta Airport is located in Gold Coast in Coolangatta. This airport caters to business professionals, tourists, and locals living in Gold Coast and in Brisbane which is very closely located to Gold Coast. Qantas, TigerAir, Air New Zealand, Virgin Australia, and Etihad are some of the airlines that operate regularly at this airport. This is an international airport in Gold Coast with great car parking options and various entertainment avenues at the airport. The airport has duty-free shopping, and world-class lounges for many luxurious airlines. These include Virgin Australia lounge, and the Qantas Club for the passengers to relax while waiting for a flight or between flights. The airport enjoys great connectivity and there are many retail centers, bars, restaurants, ancillary transport facilities, premium parking spaces, and currency exchange centers.

Suggested Read: Top 12 Hot Springs In Australia Where You Can Take A Rejuvenating Bath

Brisbane Airport is a busy airport in Queensland which is very close to the city of Gold Coast which is right next to the city of Brisbane. Jetstar, Virgin Australia, and Qantas have hubs at this airport and more than 20 million passengers pass through this airport every year. Major airlines that operate in Australia domestically and in the great Asia Pacific region are all regularly operating flights to and from Brisbane Airport to destinations all over the world. When it comes to restaurants in a Gold Coast airport, the Brisbane airport near the city of Gold Coast has some of the best airport restaurants. Fast food chains like Subway, Krispy Kreme, different types of bars, coffee shops, and different types of restaurants serving a wide variety of cuisines including fine dining options are all available at Brisbane Airport. There are car parks, an airport rail line, and a bus service available at the Brisbane Airport.

Another international airport on the gold coast map, only two hours from the city center is the Sunshine Coast airport which is a busy airport in the area. There is one terminal at the airport which caters to both domestic and international flights. Major flights at this airport are domestic flights and flights from neighboring countries into Queensland. Airport shuttle, Sunshine coast hotels near the airport and taxicab services are available at the airport.

Suggested Read: 7 Beach Resorts In Australia That Offer Luxurious Stay In The Aussie-Land!

Wellcamp is a town around 2 hours from the city center at Gold Coast and it has an airport that is sometimes used to reach Gold Coast if direct flights are not available. The airport has an aviation school, and is mainly used as a domestic airport for many domestic flights from the region. This airport is a reasonably small airport in comparison with the Brisbane International Airport and the Gold Coast International Airport. Qantas Link which is operated by Sunstate Airline, Air North and Regional Express Airlines which are all domestic airlines have flights operating to and from this airport. This airport also operates as an international cargo centre in the whole of Asia Pacific region. More than a hundred and fifty thousand passengers travel through this airport and it is a smaller airport in the southern Queensland region.

Archerfield Airport in the heart of the city of Brisbane is another airport close to the city of Gold Coast in Australia. This is a relatively small airport in the area which was used during World War II. Today this airport is primarily used for civil aviation mainly for private planes and small planes to land in Brisbane near the city center. Many small planes and charter planes are parked at this airport and this is one of the smaller airports in the Gold Coast area.

Suggested Read: 10 Restaurants In Australia To Taste The Aussie Flavours

Other Airports In Gold Coast

There are few other airports in the Southern Queensland area which are within driving distance from the city of Gold Coast. These include Redcliffe Airport, Stanthorpe Airport and Glen Innes Airport which is in the northern areas of New South Wales. These are reasonably small airports in the region and are sometimes used by passengers looking to head towards Gold Coast in Queensland. The answer to the question as to how many airports in Gold Coast is that, passengers have plenty of options of airports in and around the city of Gold Coast. However, the Brisbane International Airport and the Gold Coast International Airport are the main airports that cater to the needs of the passengers as well as cargo traffic in the area. Gold Coast has great air connectivity to all major airports around the world because of these two international airports.

Gold Coast is a great place to stay and an even better place to visit as a tourist. Millions of people every year use these airports to travel in an out of this fabulous city and the transportation infrastructure along with the air travel infrastructure is exemplary. This is a major tourist destination in Australia and the Australian government keeps funding new expansion plans and facelift plans for these airports to make then truly world class and modern to meet the needs of passengers traveling through these airports.

So, plan your trip to Gold Coast with TravelTriangle and choose from these various airports to experience a comfortable journey throughout with your loved ones!

Q. Which are the most popular international airports near Gold Coast?

Q. Which airlines are operational from Gold Coast Airport?

Q. How far is Gold Coast Airport from the main center of the Gold Coast?

A. The Gold Coast Airport is around 29 kilometers away from the main center of the Gold Coast. The airport has both international as well as domestic flights and is very well connected to the major cities in the world.

Q. Is there any direct flight from India to Gold Coast?

Q. Is there an availability of transportation at Gold Coast Airport?

Visit These 46 Tourist Places In Bhutan In 2021 To Change Your Worldview!

14 Invigorating Picnic Spots Near Jaipur To Visit In 2021

The Fun-Tastic Five Water Parks In Gurgaon To Get Rid Of The Summer Sun!