All You Need To Know About The Airports In Kathmandu 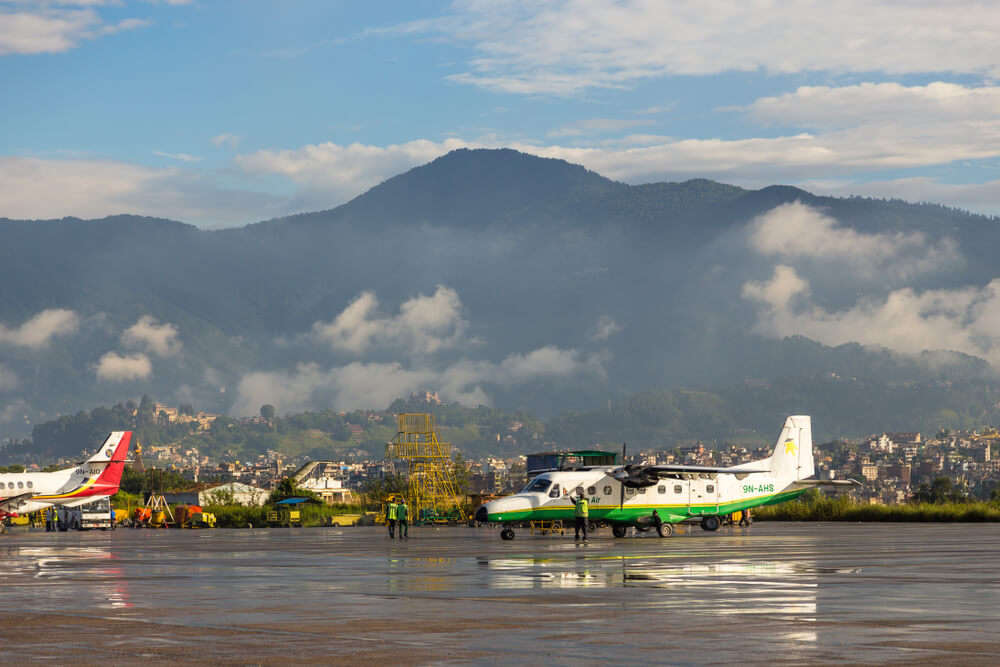 It was long due and finally, in the recent years, Nepal took its place among one of the most popular tourist bases in the world. As a result of which there has been a tremendous turn-up of people from all over the globe visiting this Buddhist hinterland. Thanks to the airports in Kathmandu, the capital of the country has flourished over the years and opened up doors to the world. However, due to infrastructural shortcomings, the airport is yet to grow towards being a busy commercial hub for tourists and visitors from all around the world.

The Two Incredible Airports in Kathmandu

Kathmandu Airports, on hypothetical terms, will actually serve a lot of customers because of its popularity among tourists. From the beautiful valleys to the majestic mystic of Mount Everest, Nepal is truly one diverse landscape. So, here are the two airports of Nepal:

In terms of global standards, the only international airport in Nepal, the Tribhuvan International Airport serves flights from across the world. However, with the increase in the number of tourist turnout, two more airports are being constructed. The location of the Tribhuvan Airport is amidst the cozy clouds of Kathmandu Valley. History goes back long for this KTM airport when it served as an airfield back in 1949. The present connectivity of the airport serves 30 airlines internationally.

Presently, to answer how many international airports are there in Kathmandu- there is only one. However, the number is set to increase in the next five years. All the facilities at this airport are as per international standards. From the lounge to the eateries, VIP terminals, everything is laid out beautifully within airport premises. The Kathmandu airport arrivals are all laid out in a timely order, and it is very easy for passengers to access their flight schedules. The location of the airport is also convenient for tourists as it is just 1 km from the famous Pashupatinath Temple. Other important areas near the airport are the Kathmandu city center and Thamel. You will a good deal of hotels and guest houses and make the most of the time in the country. Airports in Kathmandu are set to change the game in terms of global connectivity as tourism will economically become one of the major resources for the country.

Must Read: 10 Villas In Kathmandu For Travelers Who Want A Luxury Stay On A Shoestring Budget!

Even though Tribhuvan is the only international airport, Nepal also has a few other Regional Hub Airports. Pokhara Airport is a small yet significant airport that is located centrally in Nepal. It is around 200 km away from Kathmandu and take around 5 hours by highway. There are connecting flights to places like Kathmandu and Jomsom from here that you may take. Moreover, this airport also handles Nepalese Army Air Service.

The Pokhara Airport is small – it can only accommodate 8 propeller planes simultaneously. However, it is also one of the busiest airports of the country. Over the last few years, aircraft movement has increased drastically, and the number of passengers has also increased significantly over time. In future, this may become the busiest airport in the country. Over 2,500 passengers fly out of Pokhara every week in over a hundred flights. The government is also planning on expanding it as the second international airport following new air travel agreements between Nepal and India.

Pokhara has three main airlines serving Jomsom and Kathmandu. There is Cosmic Air, Nepal Airlines and Yeti Airlines. The flights themselves are quite short. The longest flight that can be taken is only 91 miles long whereas the shortest one is just 43 miles.

Further Read: 10 Best Homestays In Kathmandu For A Budget-Friendly Stay Experience In This Ancient City!

So, on your next trip to Kathmandu make sure to let the hospitality of the airlines of Nepal be of service to you. The glorious mountain ranges are way more accessible to you than you thought.

Q. How many airports are there in Kathmandu?

A. Kathmandu is the capital of Nepal and has two important airports. The two airports are Tribhuvan International Airport (the only international airport in Nepal) and Pokhara Airport (domestic airport).

Q. Which is the biggest airport in Nepal?

A. The Tribhuvan International Airport in Kathmandu is the biggest airport in Nepal. It serves about 30 international airlines currently. From the retiring lounge to the eating cafeterias, everything is included in the premise.

Q. How many airlines does Nepal own?

Q. How many international airlines are there in Nepal?

A. There are two international airlines in Nepal – Himalaya Airlines and Buddha Airlines.

Q. Which is the most expensive airline in Nepal?

Q. Is there any direct flight to Mumbai from Kathmandu?

A. Yes, there are many direct flights to Mumbai from Kathmandu. Air India, the Indigo, the Thai Lion Air, and Air Arabia are a few airlines directly from Kathmandu to Mumbai.

Q. Which airport in Nepal offers the best service?

A. The Tribhuvan International Airport located in Kathmandu offers the best services. It has large areas for lodging and fooding. The cleanliness and the aesthetics of the place are soothing.

Q. Can I get accommodation facilities near Kathmandu?

A. There are several beautiful resorts and hotels as well as many inns available near the airports of Nepal.

Nepal In May: A Handy Guide To Enjoying In Summers

Nepal Nightlife: 10 Hotspots Of 2020 That Are Perfect For Your Evening Escapades