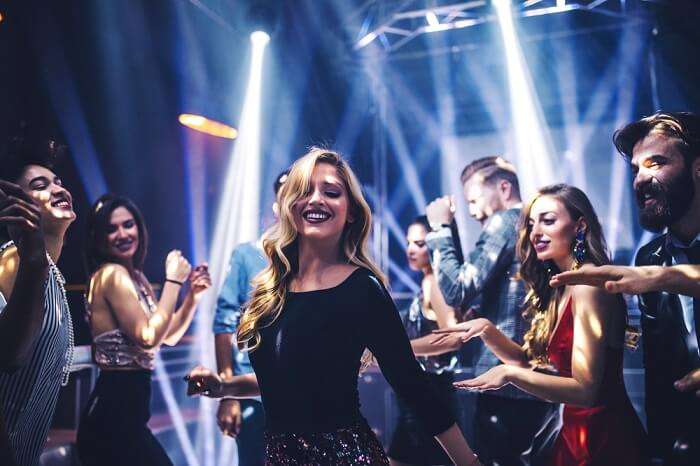 The city that never sleeps is what New York is famously known as worldwide. It isn’t without a reason because the nightlife here is just as active as the day. New York is a mammoth of a city, being famous for its lifestyle, the exuberant culture, and its uncareful crassness. The people in this city are always moving and keeping themselves involved in either their work or something else.
With so much happening in the city all at once, it becomes one of the best spots in the country to house clubs, where people can go to get their mind off from the pressure of work. The best clubs in New York City are also some of the best around the world. With an ever-growing scene of new clubs opening here every day, it is very practical to say the top clubs in New York City today can be old news tomorrow.

With hundreds of clubs in the downtown area itself, New York has many clubs to go to, that it becomes a real head-scratcher about which ones to choose from. Here is a list of the clubs, which have constantly grabbed public’s attention towards themselves and which offer some of the best clubbing experiences around the city.

One of the most exclusive clubs in the whole city of New York, 1 Oak has become a very big deal since it has opened up. With its trendy outtake and a royal setting, it has been on the list of top ten clubs in New York City ever since it opened. With its exclusivity also comes a chance to witness some of the most famous celebrities partying here. The prices are steep, the location is top tier and the time spent here is always filled with new surprises.

One of the most unique experiences in the city, House of Yes is truly a phenomenon. It has, since opening in 2016, been a talking point in the city for its creativity and the mad fun it offers. The place is not just your cliché club with a dance floor and a bar. It is also a platform for performing arts and has new attractions almost every day. With its special parties and cinema tributes, you never know what this place has hidden up its sleeves for the next day. And since it is such a big attraction, it is advised that you buy your tickets in advance to avoid a long line.

Location: 2 Wyckoff Ave, Brooklyn, New York
Price for entry: $40 and above for each event per person
Website

Must Read: 10 Extravagant Places In New Year Parties In New York Which Will Let You Groove, Rock And Dance!

As the name suggests, this club has it all for the club-loving people out there who want the scene inside to be updated with the newest trends. The DJs can shred their music here as loud as they want, with the club spread over 5000 square feet. The club is open during the daytime too, which is what makes this one special. For all the night workers, this is a perfect spot to party it out after their job hours.

Suggested Read: 6 Best Food Festivals In New York That Are A True Gastronome Must Attend!

For people looking for a laid back place to sit back and enjoy some drinks with good music on, this is probably one of the best clubs in New York City on a Sunday night. The club features varied music throughout the day, ranging from soft country music to rock music. It is open for all ages, with many events happening throughout every month.

One of the hottest spots in Brooklyn, Black Flamingo is well known all over the town for its amazing pink flamingo cocktail. The place is also always lit up with music from some amazing veteran DJs, who make sure that the dance floor is always full and throbbing. After you’re done with the drinks and dancing, you can also head up to the first-floor restaurant for some amazing food inspired by the Miami cuisine.

This is a club for anyone and everyone. Famous since it was opened 12 years ago for its amazing DJ line up, this is a place where many famous DJs got their skills perfected like David Guetta, Luciano, and many more. The place is famous for not having any VIP packages and being open to everyone, just so they can enjoy the music and dance.

This is one of the very few rooftop clubs around the city. The views this club offers are marvelous, with a view of the city’s skyline and the majestic Empire State Building. The club is particularly famous amongst the Wall Street people who come here on a daily basis. The club is very posh and has some of the most exquisite settings around the city. This has made it grow quickly into one of the best clubs in New York for tourists.
Location: 355 West 16th Street, New York
Price for entry: $50 and above per person
Website

Suggested Read: 10 Zoos In New York Every Traveler Can Visit With Their Kids For A Fun And Frolic Day Out!

One of the hottest newcomers around the city, this club is what you can call a fantasy dance club. With an impressive line up from many famous underground and techno DJs and a cheap bar, if compared to the other big clubs, Bossa Nova is a club you should definitely visit if you’re in New York.

Location: 1271 Myrtle Avenue, New York
Price for entry: $20 per person, but some events are free before midnight
Website

For the fans of underground music and techno pop, this is the best club around the city. One of the only underground music specific clubs in the city, Output has made a name for itself for an enthralling atmosphere it provides and the amazing bar which isn’t overpriced like its competitors. The dancing and the music scene here is almost trance-inducing. But the place is always crowded, so booking the tickets beforehand would be a wise thing to do.

Suggested Read: A Guide To The Best Things To Do In New York With Kids To Have A Gala Time!

Every true New Yorker will tell you that this is a historical club. It was popular back in the 2000s, got shut down in 2012 for renovations, and opened back after a year with a bang. Marquee has it all, with a massive dance floor, a rich bar, and a smashing restaurant. Updated with the latest and the best sound systems along with some awe-inspiring lighting, Marquee is truly one of the original best clubs in New York.

This is one of those cases where the fans made their dreams come true. Built by some true underground music fans, this club is made for all the music lovers out there. The music here is never underwhelming, with the line-up sometimes featuring some big names on the deck. The main DJ who makes the rounds here is Nicky Siano, who is the famous Studio 54 veteran.

For people who are a fan of crowds and busting steps on a dance floor lit with lasers and smoke, Elsewhere is the club to head to. With a capacity of over 700 people, the dance floor is always vibrant with the crowds enjoying the amazing techno music from the most famous local DJs, with occasional special appearances from some world-famous DJs too.

Further Read: A Complete Guide To The Battery Park In New York City

A city that never sleeps demands some of the best nightclubs around the world. And New York delivers on that brilliantly. So, if you’re looking for a night out and want to party hard, go through this list and hit the nearest spot from you for an experience you can get nowhere else but in New York. Book your trip to New York with TravelTriangle and have an amazing nightlife experience.

Try Your Luck At These 10 Casinos In Hong Kong For A Fun Night In The City!

10 Exotic Waterfalls In Boston Where You Can Hear The Roar Of Nature’s Bounty!

Nightlife In Kolkata 2021: 20 Places That Make The City Of Joy More Joyful