13 Bahamas National Parks You Must Witness The Beauty Of 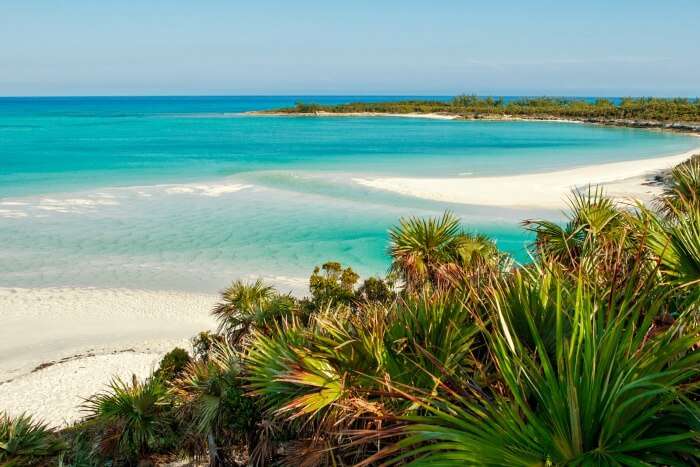 It is the biological landscapes, the underwater aquamarine realm, tropical habitats, and native plants that bloom in the Bahamas national parks. Some are more reachable than others and the easiest to reach is Lucayan National Park and Leon Levy Plant Preserve.

There are many world wonders within the confines of these national parks, such as the largest bonefish habitat, the largest population of blue holes, and the highest number of West Indian flamingos in the world. However, the park system is also a vastly underfinanced network, so do not look for a park experience in North American style where you can imagine full access to concession stands, souvenir shops, audio-visual exhibits and a detailed guide network.

The Bahamas national parks proffer a cornucopia of ecosystems and regions of transcendent aesthetic beauty – one of the world’s longest deep-sea cave systems, a vitally crucial marine turtle research facility, a huge array of sporadic palms and a 250-acre quagmire which houses almost 100 species of birds.

Listed below are the prominent national parks in the country that you must visit on your vacation!

Image Source
Configured as an exhibition for indigenous plants and their significance for the people of the Bahamas, the Leon Levy Native Plant Preserve is the first national park of Eleuthera. Saunter with nature in this refuge for more than 300 indigenous plant species, 65 species of birds, and 100 herbal plant species.

It comprises lawns and wetlands designed by Raymond Jungles, the world-famed landscape designer, and trails across more than 20 acres of wilderness regions.

This 176-mile maritime nature reserve is full of beaches and fun for the family and has played a crucial role in the conservation of Bahamas-born fish.

Must Read: 10 Best Restaurants In Bahamas To Taste The Exquisite Island Cuisines Of The Nation!

The National Park of the Primeval Forest is a geophysical and zoological gem nestled in the busy corporate capital of the Bahamas. The medieval timber woodland, predominantly untainted by human beings, is one of the best tended woodland plots in the nation.

The habitat is packed with a multitude of pines, hemlocks, mosses, termites, and even a fossilized shell of conch. But the real star is the sinkholes. The sinkholes tend to happen due to the ample supply of water, which induces the calcareous, a highly porous rock to weather.

Image Source
The internationally renowned palm garden and rare tropical plant life are concealed from the view on the Village Road. Previously, a private house, the residence was New Providence’s first national park.

In a kid-friendly environment, tourists can explore the Bahamian hardwood woodlands and learn about native plants and animals. It remains a sanctuary for foraging and native birdlife. The guest facilities include a gift shop and a library of references. Guided tours are available every day.

Suggested Read: 10 Best Bahamas Nightlife Experiences That You Must Not Miss Out On

The Inagua National Park was set up on 183 740 acres in 1965. It is internationally famed as home to West Indian flamingos’ biggest breeding colony in the world.

Wild donkeys trot amongst the mangroves and the ponds are inhabited by freshwater terrapins and the natural bonsai forests adorn their interior.

Pelican Cays Land and Sea Park is said to be an extensive reserve of 2,100 acres which is located 8 miles north of Cherokee Sound, Abaco and just at the south of Marsh Harbour. It is home to many of the world’s most iconic and gorgeous sea life with a wide range of underwater caves, coral reefs, plants, and animals.

Suggested Read: Shopping In Bahamas: 9 Best Places To Satiate Those Shopaholic Cravings In You!

The Moriah Harbor Cay National Park, set up in 2002, encompasses 13,440 acres and its marine surroundings form an essential part of the Great Exuma-Little Exuma ecosystem. The marine environment comprises a broad range of flora and fauna, like sand dunes, untouched beaches, mangrove creeks and grass beds.

There is a plethora of bird life nests, such as the Gull and Least Terns, Nighthawks, Plovers, Oyster Catcher and Ospreys. The cay also has a mangrove biosphere that is crucial for the safety of juvenile crabs, gray snappers, crawfish, conch and yellowtails.

Enthusiasts of nature might also want to explore the huge varieties of palm trees, buttonwood, bay cedar, and sea oats.

This wetland is a sanctuary for waterfowl and a range of Bahamian flora, in addition to the wide variety of juvenile fish, crawfish, and conch.

Suggested Read: 10 Things To Do In Bahamas For Tasting Thrill And Soaking In Bliss Like Never Before!

This park covers a large area of coastal mangrove habitat, a vital nursery area for conch, langoustine and fish. It is also a principal bone fishing zone and is used by the threatened native Andros Rock Iguana and many bird species, such as the Flamingo of Western India.

The forest is important to the parrots for several reasons – during the mating season, parrots feed on the seeds of the pine trees that provide a wealthy source of protein for the development of chicks, and nest in calcareous cavities on the floor of the pine forest.

Situated in South Central New Providence, Harrold and Wilson Ponds provide more than 100 bird species with natural wetland ecosystems, along with the largest density of waterfowl on the island (herons, ibises, egrets and cormorants).

The Black Sound Cay National park was founded in 1988 as a two-acred mangrove reserve near Green Turtle Cay, Abaco. This national park, although modest, is an ideal wildlife for waterfowl and other birds in the region during winter.

Suggested Read: 10 Best Airports In The Bahamas For The Most Comfortable Trip Ever!

Walker’s Cay, the northernmost island of The Bahamas, is bordered by its own barrier reef. The impressive coral formations and the neighbouring aquatic ecology are home to sublime pompano and amberjack schools, large ocean predators such as sharks and eagle rays, turtles, multi-coloured tropical fish, and barracudas.

Albeit less than 10 square miles (about 3,800 acres), the Walker’s Cay National Park contributes significantly to the island’s biodiversity and tourism industry, emphasizing the sustainability of the non-consumerist use of coastal resources for the economy.

Further Read: Top 5 Bahamas Cruise From Miami That Are Worth The Money

The Bahamas national parks might be understaffed or underfunded but they present an untainted natural ecosystem, still free of man’s greed. So, if you possess the curiosity and the determination to not fret about a five-star service, and if adventure is your only goal during your vacation in Bahamas, then do make a visit to these parks!

12 Cottages In Bahamas Where You Should Plan Your Stay